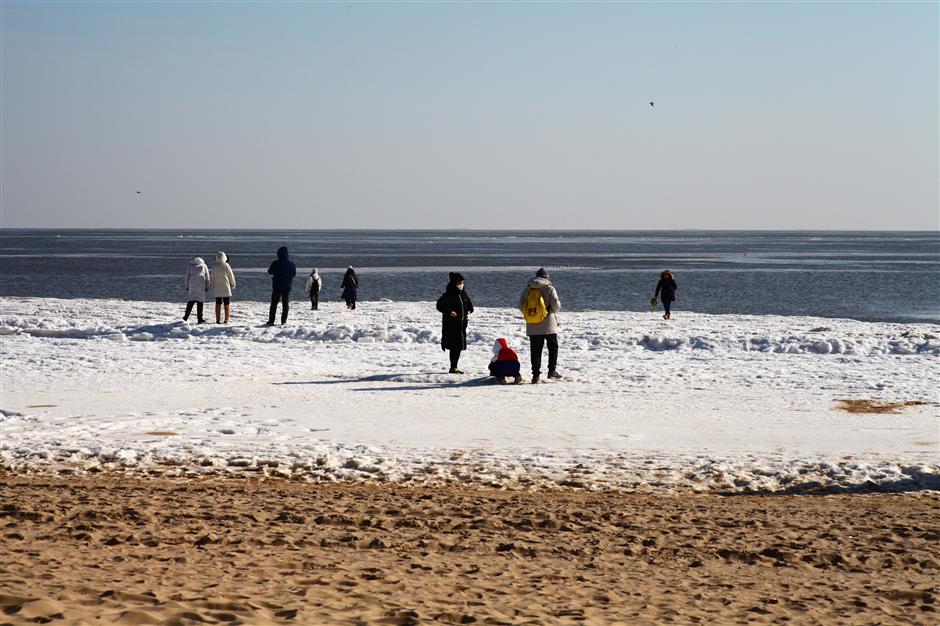 A frozen beach in Qinhuangdao, Hebei Province, on January 25, 2023.

A cold front will hit central and eastern China from Thursday to Saturday, bringing low temperatures and strong winds, the National Meteorological Center said on Thursday.

It will lead to temperature drops above 8 degrees Celsius in some regions, the center said.

But temperatures rebounded Thursday morning remarkably as the previous cold wave ended, which reduced temperatures in some regions lower than levels in previous years by up to 10 degrees Celsius.

The center forecast little precipitation in most regions from Thursday to Saturday, advising the public to pay attention to safety in using fire and electricity.