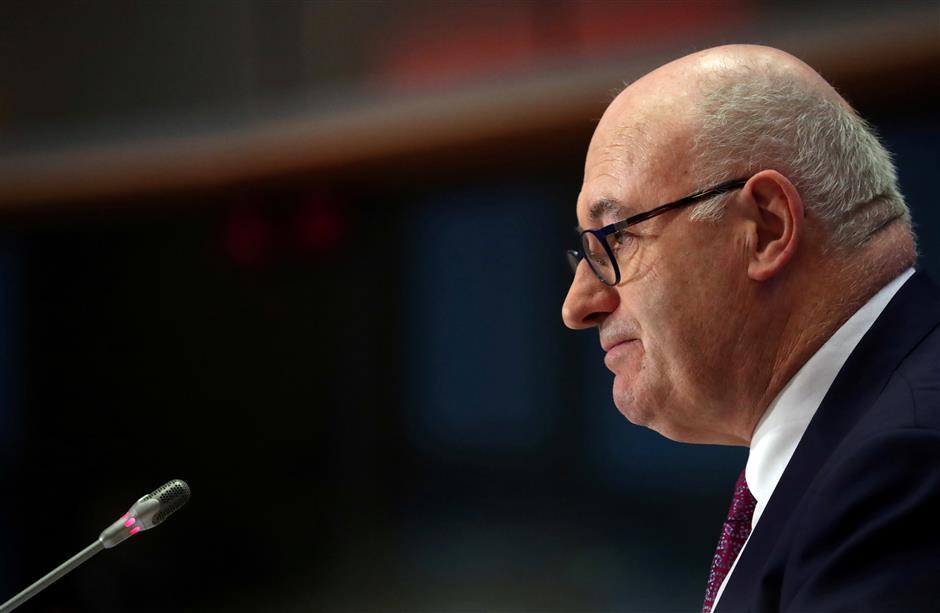 In this file photo, European Trade Commissioner-designate Phil Hogan attends his hearing before the European Parliament in Brussels, on September 30, 2019.

EU Trade Commissioner Phil Hogan said on Monday he will not seek to become head of the World Trade Organization because Europe’s in-tray is full and requires his undivided attention.

Hogan said in a statement the European Union faced a series of challenges, including recovery from the coronavirus crisis, trade disputes with the United States, finalizing a Brexit accord with London by an October deadline.

“This important EU Trade Agenda requires the full and careful involvement of the European Union and in particular, the Trade Commissioner,” he said.

“Accordingly, I have decided that I will not be putting my name forward for the position of Director-General of the World Trade Organization,” he said. 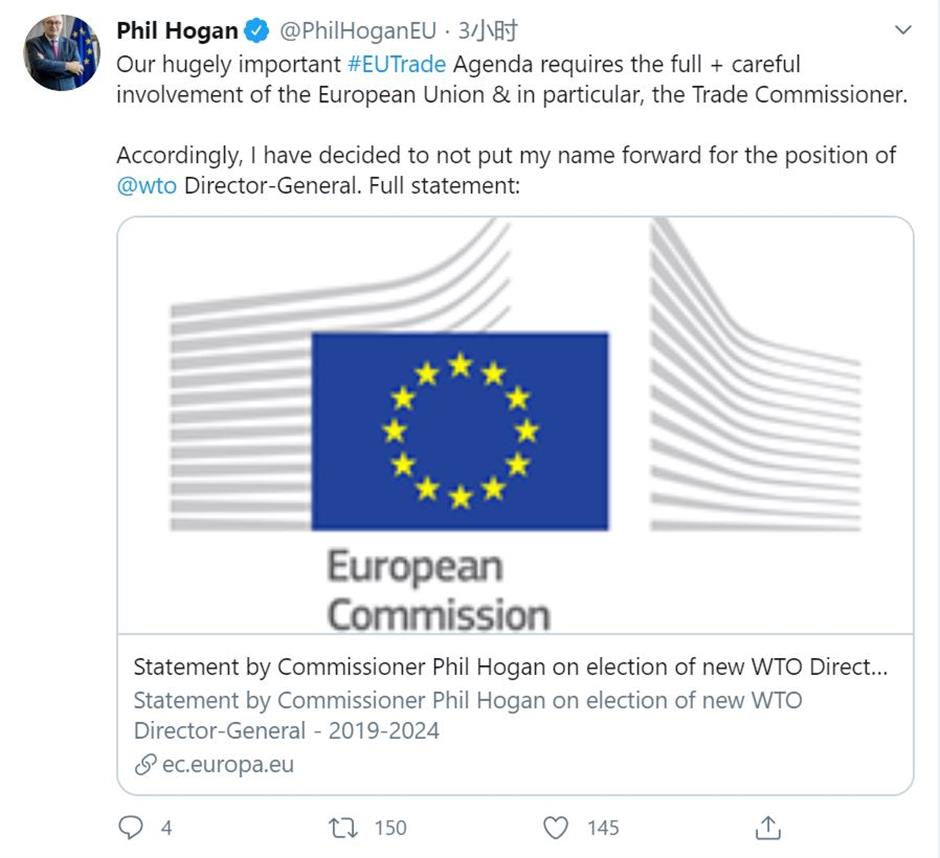 Phil Hogan says in his Twitter on Monday that he has decided not to race for the WTO head position with a link to a formal statement.

Hogan, 60, became a candidate earlier this month backed by the Irish government but a European source said the former EU agriculture commission had upset some member states during his 2014-19 tenure.

At the same time, he had only taken up the trade commissioner post recently, raising eyebrows that he would be ready to leave Brussels so soon after his appointment to one of the bloc’s top jobs.

On May 14, Roberto Azevedo, the incumbent WTO chief, announced he will step down on August 31 for family reasons, one year earlier than expected, leaving the key trade role open.

“This decision today will allow other potential candidates (including European nominees) to consider their candidacy before the close of nominations,” Hogan said in the statement.

The nominations window closes on July 8.