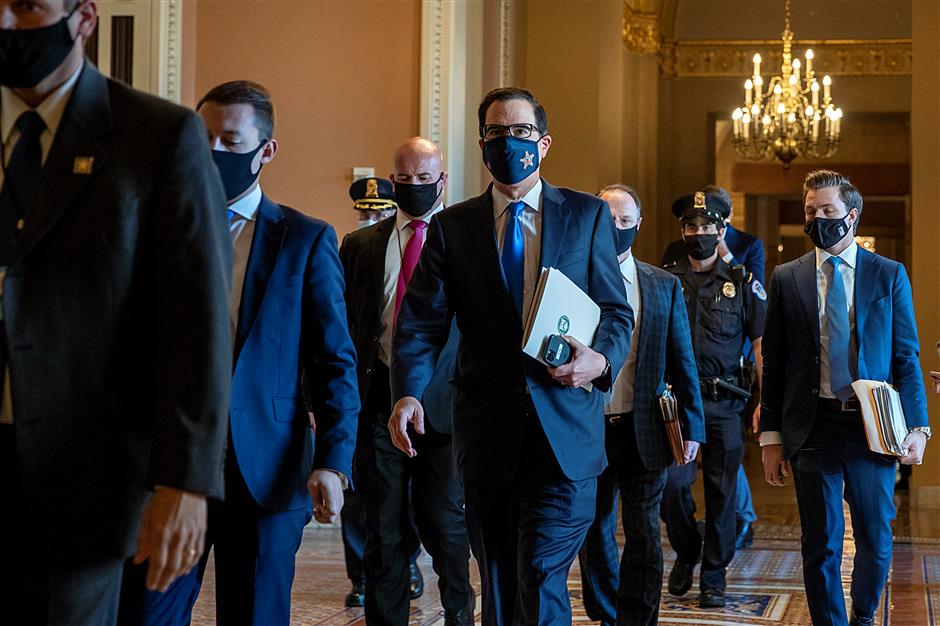 US Treasury Secretary Steven Mnuchin departs from the office of Senate Majority Leader Mitch McConnell at the US Capitol on September 30, 2020, in Washington, DC.

The US Senate passed a temporary spending bill on Wednesday to fund the federal government into December, just a few hours before the annual spending bill would expire and the government was set to shut down.

The upper chamber approved the bill in an 84-10 vote, following the House's passage last week. The measure has been sent to President Donald Trump, who will likely sign it into law to avoid a federal funding lapse just weeks before the presidential election.

House lawmakers passed the bill with a bipartisan vote of 359-57.

The last government shutdown, from December 2018 to January 2019, was triggered by an impasse over funding for Trump's proposed US-Mexico border wall. It lasted for 35 days, the longest on record.

The stopgap funding measure came as Democratic and Republican lawmakers remain deadlocked over the next COVID-19 relief package, which is much needed to salvage an economy reeling from the pandemic.

Pelosi and Mnuchin resumed their talks earlier this week over a US$2.2-trillion relief package newly proposed by House Democrats, a scaled-back package of a US$3.4-trillion proposal the Democratic-held House passed in May.

Some Senate Republicans have signaled they're not willing to support any package that costs over US$1.5 trillion. Sticking points include more aid for state and local government and liability protections for businesses.