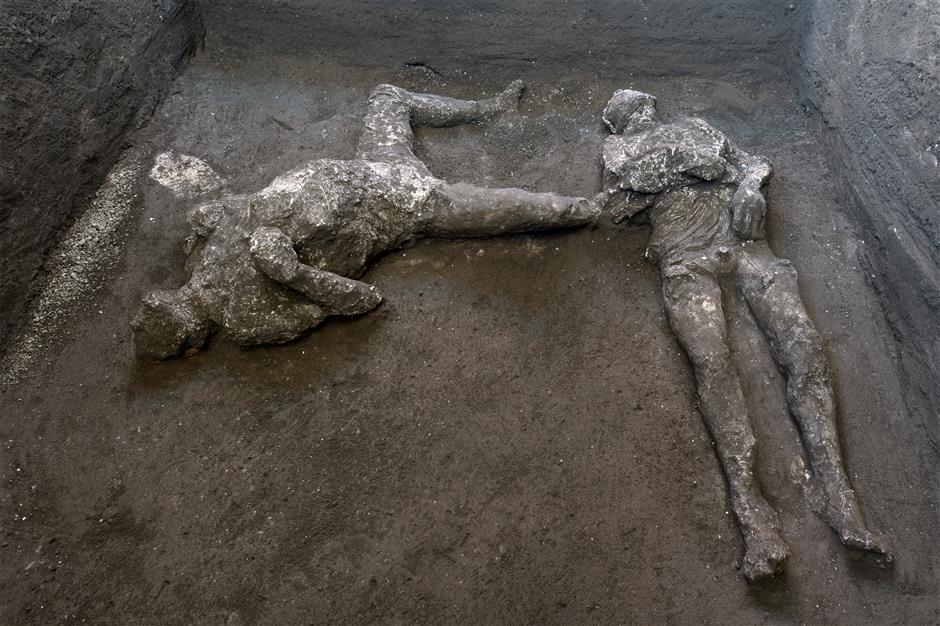 The remains of master and his slave unearthed in Pompeii

Skeletal remains of what are believed to have been a rich man and his male slave attempting to escape death from the eruption of Mount Vesuvius nearly 2,000 years ago have been discovered in Pompeii, officials at the archeological park in Italy said on Saturday.

Parts of the skulls and bones of the two men were found during excavation of the ruins from what was once an elegant villa with a panoramic view of the Mediterranean Sea on the outskirts of the ancient Roman city destroyed by the volcano eruption in AD 79. It’s the same area where a stable with the remains of three harnessed horses were excavated in 2017.

Pompeii officials said the men apparently escaped the initial fall of ash from Mount Vesuvius then succumbed to a powerful volcanic blast that took place the next morning.

The later blast “apparently invaded the area from many points, surrounding and burying the victims in ash.”

The remains of the two, lying next to each other on their backs, were found in a layer of gray ash at least 2-meters deep.

As has been done when other remains have been discovered at the Pompeii site, archeologists poured liquid chalk into the cavities, or void, left by the decaying bodies in the ash and pumice that rained down from the volcano near modern-day Naples and demolished the upper levels of the villa.