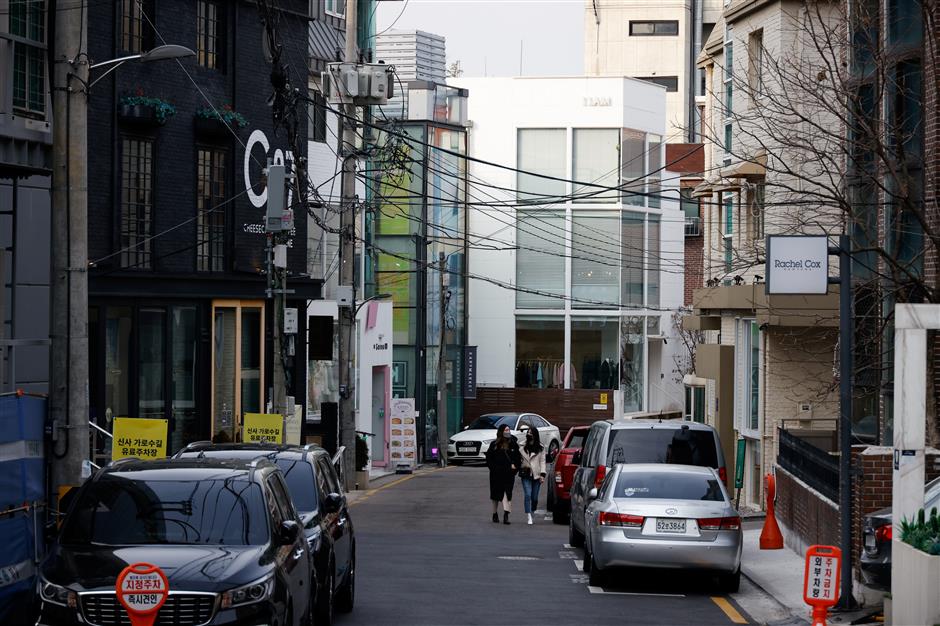 Women wearing masks walk in a shopping district amid the coronavirus pandemic in Seoul, South Korea, on January 4, 2021.

The government of South Korea’s capital is facing criticism for an online manual for pregnant women that contained sexist tips and gender stereotypes.

The now-deleted guidelines, which were published on the website of Seoul’s Pregnancy and Childbirth Information Center, suggested that pregnant women should prepare food, clothes and daily necessities for their husbands and family before going to the hospital to give birth.

They offered tips on weight management that involved hanging up smaller-size clothing for motivation and warned women against excessive spending on children’s clothing.

South Korea has one of the lowest birth rates in the world, according to the United Nations Population Fund, and is trying to encourage more births.

Critics say those efforts have been hampered by a government that often reflects a deeply patriarchal society and widespread sexist views.

“It’s like Seoul City is declaring that a wife should take care of all the housework,” said Kim Hyomin, a student at Duksung Women’s University.

The manual was first published in 2019, but didn’t receive widespread attention until last week when criticism spread on social media.

The belated fury prompted the government to delete the guidelines and triggered online petitions demanding an apology.

The Seoul Metropolitan Government acknowledged in a statement on Monday that it had failed to thoroughly check the guidelines, which it said were originally from the Ministry of Health and Welfare website, and promised to review city-related websites and educate employees on gender equality.

The guidelines also warned women about what they said was the increased risk of premature birth if a husband “suddenly throws himself on top of her” or engages in “aggressive sexual activity.”

The guidelines promoted and normalized gender violence, according to Ji-Yeong Yunkim, assistant professor at the Institute of Body and Culture at Konkuk University.

“Women are seen as having to sacrifice and take care of adult men, however difficult it is,” Yunkim said.

Yunkim said the recurring mishaps by South Korea’s government stem from male-dominated institutions’ perception of women: “They see women as reproduction tools rather than individuals.”