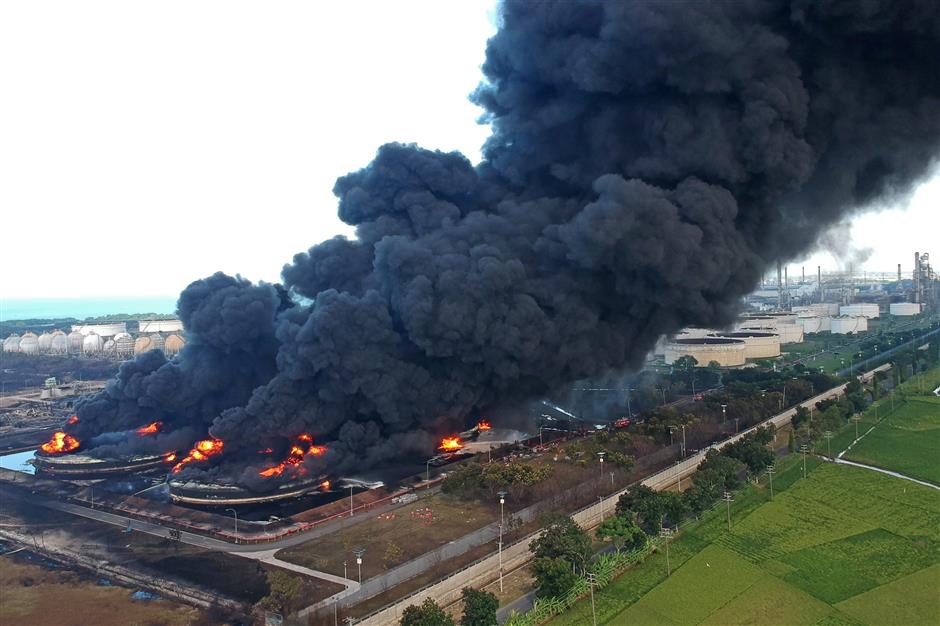 A massive blaze broke out on Monday at one of Indonesia’s biggest oil refineries after a huge explosion turned the sprawling complex into a raging inferno.

Firefighters battled to contain the fire at the Balongan refinery in West Java, operated by state oil company Pertamina, as towering plumes of black smoke rose into the sky.

“There was a very loud sound and I thought it was a hurricane,” one local resident, Rumaji, said. “I looked outside and the fire was huge. The flames were shooting into the sky.”

At least five people were seriously hurt and about 1,000 residents were evacuated from the scene after the fire broke out early yesterday at a storage tank and then spread to other containers.

The local disaster agency said one person had died from a heart attack after the explosion.

About 15 people were slightly injured and authorities said they were checking on the whereabouts of three others.

“To prevent the fire from spreading we’ve shut down operations ... and are putting our efforts into handling the blaze,” Pertamina’s president director Nicke Widyawati said in a statement.

The cause of the fire was not clear, but the company said the blaze broke out during a lightning storm.

By Monday afternoon, the disaster agency said the blaze had been contained but was yet to be extinguished.

Pertamina said it did not expect the fire to cause fuel supply disruptions due to its high volume of stock.

“There’s more than enough national supply,” said Mulyono, Pertamina’s logistics and infrastructure director, who like many Indonesians goes by one name.

“So people don’t need to panic.”

Greenpeace called for a probe into the accident. “If there’s any evidence of negligence or a violation of (health and safety) procedures, the government must file criminal charges to hold Pertamina accountable,” the environmental group said.

The massive plant, which opened in the mid-90’s and can refine some 125,000 barrels of oil a day, is about 200 kilometers east of the capital Jakarta.