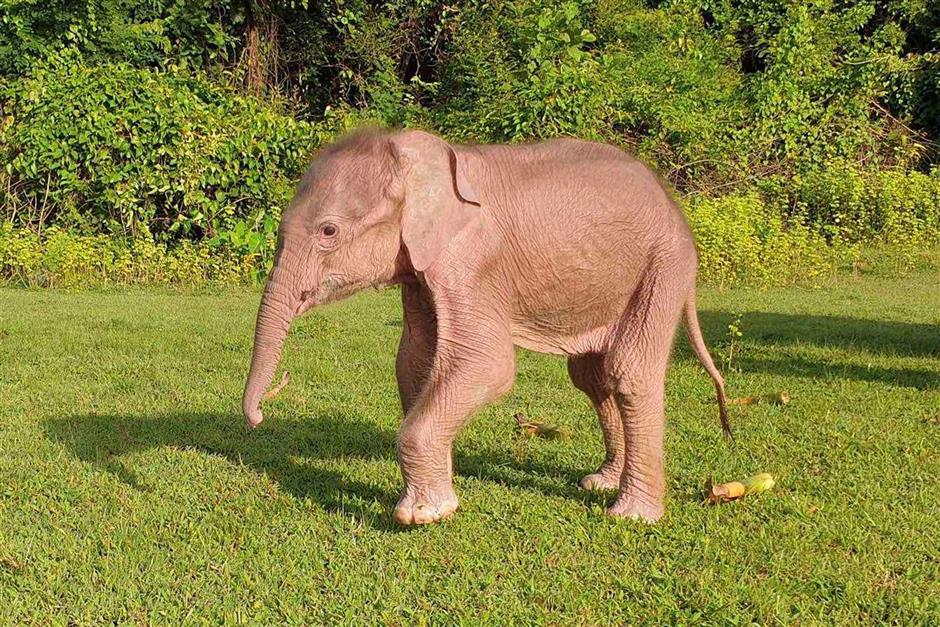 This handout photo taken on August 2 and released on August 3 by Myanmar's Military Information Team shows a newborn baby white elephant walking on the ground at Taungup township in Rakhine state.

A rare white elephant has been born in western Myanmar, state media said on Wednesday, unveiling what many in the Buddhist-majority country believe to be an auspicious creature.

Born last month in western Rakhine state, the baby weighs about 80 kilograms and stands roughly 70cm tall, according to the Global New Light of Myanmar newspaper.

Footage released by state TV showed the tusker tot following his mother to a river and being washed by its keepers, and later feeding from her.

"Pearl-colored eyes, plantain branch-shaped back, white hair, a distinctive tail, auspicious plot signs on the skin, five claws on the front legs and four on the back legs and big ears," the newspaper reported.

Social media users first posted about the birth of the elephant – which has not been named yet – late last month.

Historically, white elephants were considered extremely auspicious in Southeast Asian culture, and the region's ancient rulers acquired as many as they could to boost their fortunes.

There are currently six white elephants in captivity in the Naypyidaw, according to state media – mostly from Rakhine state and the southern Ayeyarwady region.