Is the 'chinky eye' cartoon an insult to Chinese? 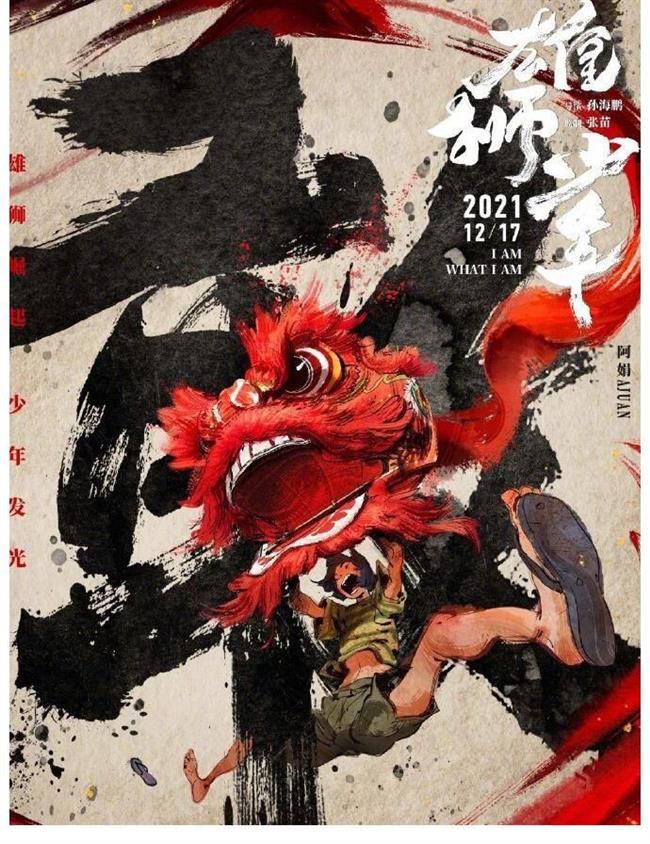 The Chinese cartoon film "I Am What I Am" fictionalizes an underdog teenager A Juan joining hands with two of his friends A Mao and A Gou to beat the odds and pursue their dream -- becoming the best lion dance performers.

Recently the cartoon "I Am What I Am" created quite a stir, with some suggesting the images of the animated characters, not endowed with handsome faces taken granted in such a product, have been cast in stereotypes more expected of some racially biased Western artwork.

This criticism is unsubstantiated for the following reasons.

First, beauty is skin deep, likely an impression produced at first sight, but steadily enriched or modified by in-depth knowledge.

In this animated comedy featuring the growth of three left-behind children, A Juan, A Mao, and A Gou who, under the capable hands of a former lion dance master Xian Yu Qiang, after overcoming numerous difficulties, ultimately succeed in becoming first-rate lion dancers.

Since its debut in Guangzhou on December 12, it has become a box office hit, auguring something even greater for the upcoming Spring Festival.

Through realistic depictions of these underling adolescents, it sends the message that for those who dare to chase their dreams, their humble origins need not be obstacles.

As these youths are innately aspirational, they exude a charm of their own, and their common place physiognomy, rather than a handicap to their motivational force, makes them more realistic and commendable, for these faces are exactly what we might come across on the street.

If beauty is as beauty does, then it is heartening to learn this is still true, if box office receipts are any clue.

Second, as beauty becomes increasingly deceptive, for purchase at clinics, and aggressively propagated on the ride of Hallyu (Korean Wave) or its Japanese counterpart, decades of exposure to these highly artificial images of internally empty beauties is boring, and clearly many find it refreshing to see someone like you and me. As one critic observed, someone who had seen "I Am What I Am" would wonder, "How long have I not seen such a slice of life in a movie like this?"

Zhang Miao, the movie's executive producer, concurred by saying, "in our conceiving of the images, we have deliberately tried to keep a distance from the kind of beauty typical to an online celebrity or the effect produced by a mobile phone filter ... think of your friends in your real life, and conjure up the images of A Mao and A Gou for yourselves."

Third, the accusation of creating Chinese images to pander to some Westerners' warped perception of "chinky eye" or "slanty eye" Chinese or Orientals is unfounded, because these images were viewed derogatorily oriental only in distinct contexts, to throw into relief the kind of beauty canonized by some Westerners. Such compromising contexts and connotations, as explained before, do not exist in "I Am What I Am."

"In our conceiving of the images, we have deliberately tried to keep a distance from the kind of beauty typical to an online celebrity or the effect produced by a mobile phone filter ... think of your friends in your real life, and conjure up the images of A Mao and A Gou for yourselves."

Ironically, the instinctive responses some people experienced in seeing these "chinky eyes" reflect on their judgement as fatally dictated by Western aesthetic standards.

If you see beauties pictured in the Tang Dynasty (AD 618-907), or the models featured in advertisements in Shanghai early last century, you would marvel at how our standards for beauty have morphed. To say the least, most of those beauties were much healthier.

In other words, for the movie director to depict these heroes in such a manner, by refusing to fit the procrustean Western aesthetical criteria, the movie shows defiantly a kind of cultural confidence by refusing to conform to the homogenized images of beauty seen as "universals."

The portrayal of these faces as common place is also a technical imperative. As the movie director Sun Haipeng explained, if the hero was depicted as a handsome figure with large eyes, this would somewhat vitiate the story's potency to inspire and motivate.

﻿
Special Reports
﻿
Is the 'chinky eye' cartoon an insult to Chinese?
Your life in Shanghai sucks, okay?!: The West's push to ban good news about China online
The US administration's anti-China supply chains strategy
Twitter hate mail brings hope for new understanding between China and NZ
Christmas miracle: Gifts from Shanghai's inspiring entrepreneurs
Western media ramp up calls for Olympic boycott, but is this anything new?
Three cheers for Palace Museum's latest admission policy
East or West, all agree a thing of beauty is a joy for ever
Democracy with Chinese characteristics: How the world's most populous country is forging its own democratic path
Global media duty-bound for a better world
EXPLORE SHINE