Play by the rules, Novak. No one is above the law 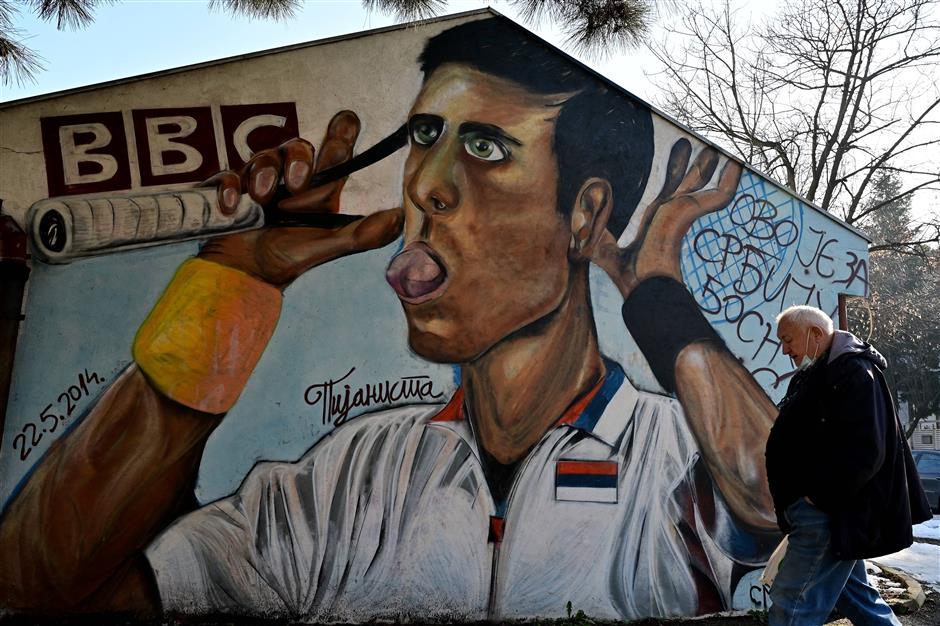 Novak Djokovic, the world's No. 1-ranked men's tennis player from Serbia, was deported from Australia as the season's first Grand Slam got under way after a two-week furor over his vaccination status ended in the cancellation of his visa.

For Australian Open tennis fans, that's a huge miss, but for neutrals, the verdict was very clear -- play by the rules. And the rules clearly state that, whatever your status, an unvaccinated player cannot enter the country or play in tournaments unless there is a valid medical reason.

Australian Prime Minister Scott Morrison made it abundantly clear: "Rules are rules. No one is above these rules."

That said, the Australian government has also come under fire and has to share some of the blame. Why was the Serb allowed to get on the plane? This clearly suggests that there were communication failures between various government departments.

For his part, Djokovic has squandered much of the sympathy from tennis fans over his ill-concealed disdain for anti-pandemic restrictions.

It is well-documented that top players follow a strict routine and diet to maintain their bodies, and Djokovic may well have been (ill)-advised against vaccination, but it was obvious that there would be consequences, especially in traveling, which is a must in his profession.

Apart from his vaunted stance against vaccination, Djokovic also admitted to breaking COVID-19 isolation rules after testing positive. A day after he tested positive for COVID-19, he was seen attending events and doing interviews on December 17 and 18. He was also guilty of lying on his travel declaration form, for which he apologized later.

If anything, in a matter of such importance, a top player should play an exemplary role in abiding by relevant laws, especially at a time when Australia's two most populous states, New South Wales and Victoria, have been witnessing surges in pandemic cases for weeks.

The Serb has achieved great success on the court through sheer grit and defiance, but he clearly got it wrong in Australia. When it comes to public health issues, there can be no compromises.

It is unclear what will happen next in the Djokovic saga. The French Open is the next Grand Slam and, on Sunday, France's Sports Ministry made it clear there will be no exemptions under the country's law that requires people, including athletes, to be vaccinated against COVID-19 to enter public places.

For the moment, however, the Australian Open carries on without its top seed. Rafael Nadal got it right when he said: "There is no player in history that is more important than an event."

﻿
Special Reports
﻿
62925
,
Play by the rules, Novak. No one is above the law
Breast feed or formula? It's the mom's choice
Deputies go from 'hand raisers' to giving voice to people
Swimming in a new pond: The helpful fish you're thankful for
Lockdown 'love story' sparks fling with China and Western media
Frenzied purchase of KFC blind box 'should be stopped'
New-concept travel in time of COVID-19 pandemic
Teacher rotation scheme needs financial incentives
On the decoupling of Chinese yuan and the US dollar
Learning Chinese will help expats go beyond the superficial
EXPLORE SHINE