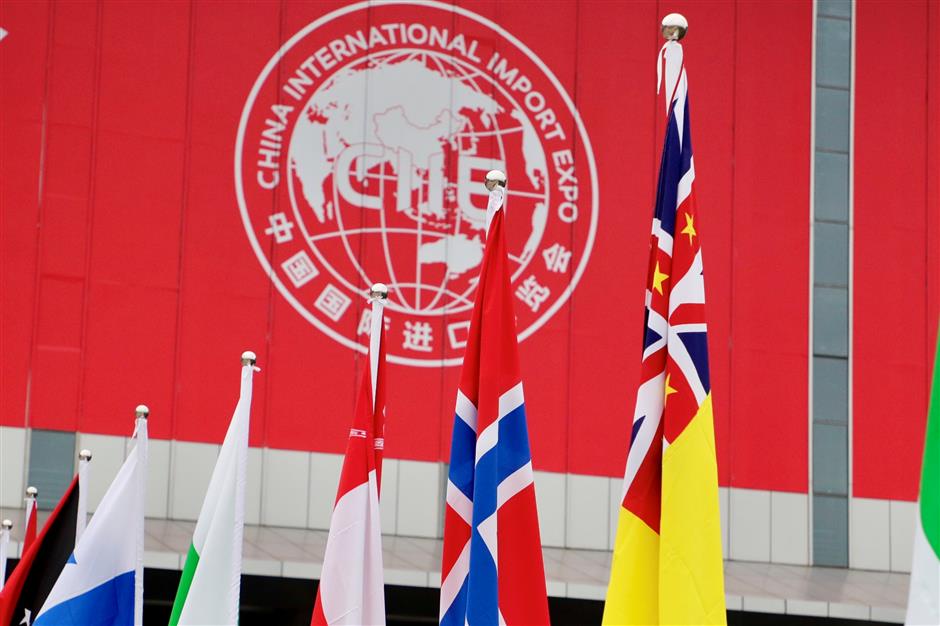 In 1902, Liang Qichao predicted, in "The Future of Our New China," that 60 years later, China would play a key role on the world stage and rank among the leading powers because foreign leaders and scholars would come to China in a spirit of friendly cultural communication.

On November 5, 2018, as was predicted by Liang Qichao, the first China International Import Expo was inaugurated in Shanghai with the participation of 172 countries and regions, as well as more than 3,600 enterprises from around the world, with 200 of them on the Fortune Global 500 list.

China’s pavilion, which features the philosophy of innovative, coordinated, green, open and shared development, displayed the achievements the nation has made in reform and opening-up over the past four decades, and showcased new development opportunities presented by its Belt and Road.

The Shanghai event provided opportunities for all countries in  to show their national achievements, allowing people from around the world to understand that China can be inclusive and let the people from all five continents be like a family.

“One flower in bloom does not mean the arrival of spring, since when spring arrives, a hundred flowers bloom together.”

Inclusiveness, mutual benefit, common development and progress between all countries are the common aspirations and natural choices of the world community. Chinese culture has long been following the principle of sharing excellent culture across the globe. The ultimate destination of the globalization of Chinese culture is not to race to control other cultures, but to promote deep coexistence in peace for common prosperity between China and other countries. A win-win result is the highest stage and ideal state of cultural exchanges between China and others as well as the solid ground for all cultures to gain world recognition.

Promoting harmonious coexistence and sharing between different cultures is the ultimate goal of the globalization of Chinese culture. Realizing it without going abroad is precisely the sign that Chinese culture is gaining more and more international influence.

The CIIE is like a reception room, where technologies and cultures across the globe aim at strengthening financial integration and social and cultural people-to-people ties. At the CIIE in Shanghai, China welcomed the world to truly feel and understand the essence of Chinese culture — “valuing diversity and integrity.” The CIIE platform is an important opportunity for all cultures to comprehensively present themselves and fully demonstrate their overall strengths to the whole world.

Shanghai is a sea. A sea has the capacity to admit hundreds of rivers. Chinese culture is like a sea, which stands for “its coexistence with various cultures in harmony.” The CIIE makes Shanghai an excellent ambassador for all cultures in the world.

CIIE has also made Shanghai a mini United Nations, and Shanghai has become a part of it.

The author is a professor with the International School of Tongji University.