Learning from the best in the world 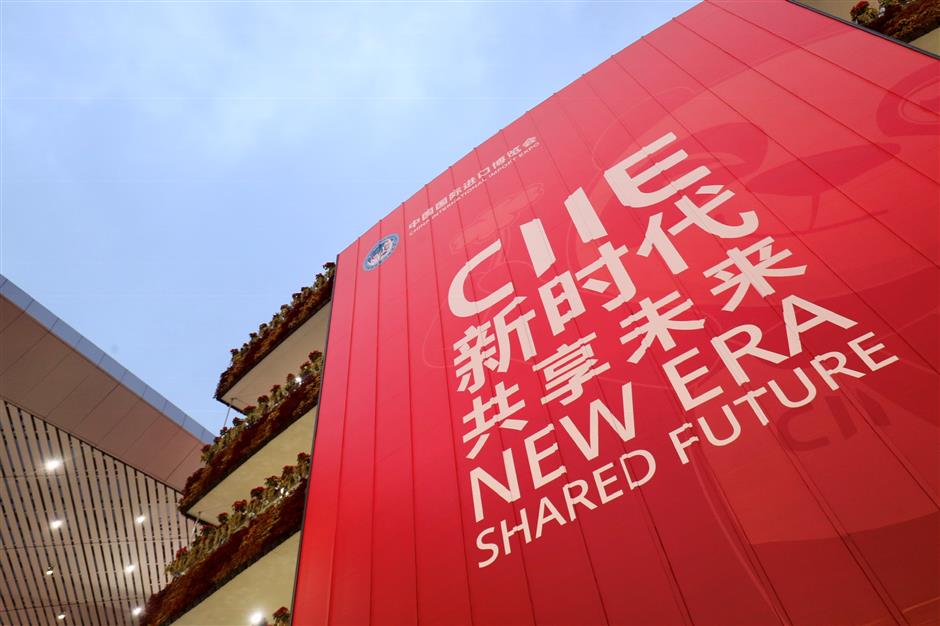 The slogan of the CIIE, "New Era, Shared Future," is displayed at the National Exhibition and Convention Center.

Just two of the novel products on show at the China International Import Expo which ends on Saturday.

The noiseless lawn mower first caught my attention as I sauntered through the country pavilions at the National Exhibition and Convention Center. It was the latest invention from Sweden's Husqvarna for today’s smart cities. The Husqvarna Automower won't disturb the neighbors when you're cutting the grass. What a relief to someone like me who often works night shifts and sleeps during the day when noisy mowers often make sleep impossible.

How fast this new mower will penetrate China’s market is anyone’s guess, but there’s definitely a huge market where noisy mowers are still the norm. If you browse the Internet, you will find a plethora of complaints from Chinese residents about noise from the gardens next door.

Husqvarna is just one of more than 3,600 companies taking part in the expo. 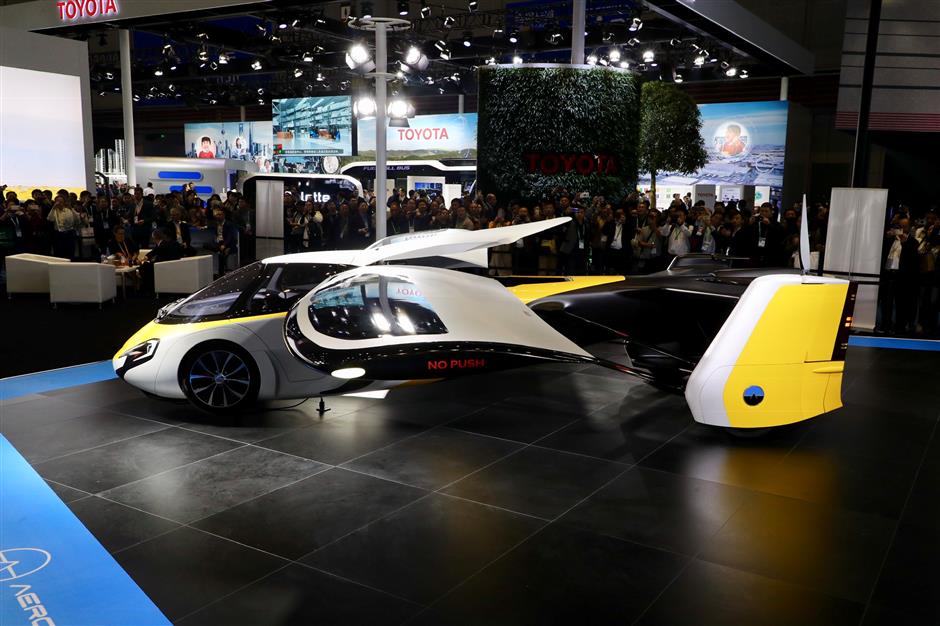 The flying car made by AeroMobil.

A flying car from Slovakia's AeroMobil provides another example of how far mankind can go in realizing their dreams of a better life.

He said it has a range of up to 750 kilometers m on a single tank of regular gasoline. Xinhua quoted him as saying that the company has just started the certification process and expects to deliver to Chinese customers in 2021. Buyers can pre-order at the expo.

"It would be wonderful if I could drive such a flying car to work. It's such a perfect fix for urban traffic," an excited buyer surnamed Wen told Xinhua, after seeing the vehicle gradually extend its "wings" to become a small plane.

It’s my wish, too. Driving to work could take me nearly two hours between downtown and suburban Shanghai.

Yes, China has a big demand for these and other advanced products in its endeavor to build more and more smart cities and villages. But from another perspective, China has a lot to learn from other countries, and the expo provides a great opportunity to that effect.

Hokkaido ice cream, Spanish frozen pork and New Zealand beef, which attracted long lines of Chinese visitors to the expo, also speak volumes about the simple fact that China should learn the best from others in all aspects – not just industry, but also agriculture and food processing.

A colleague was interviewing a businessman from an African country, when a Chinese businessman happened to be around and became interested in African peanuts, which are not genetically modified. As the two businessmen could not easily communicate with each other because of language barriers, my colleague offered to help and finally the two reached an agreement on long-term cooperation. The Chinese buyer told my colleague that there’s a huge demand for non-GM peanuts in China.

Such is the expo, where there’s always a chance for Chinese to learn from the best of the world. In the media center, I picked up a book (free to take away) with the title “From China: A fascinating, mysterious country” by Guillermo Danino, a renowned Sinologist and translator from Peru.

Citing a Chinese proverb, he writes: “If I walk with two people, one of them must be my teacher. That disposition toward openness, that humble attitude toward learning, that recognition of an important fact in human relationships: everyone has something to teach us, what matters is how to receive it. If we were to apply such Confucian proverbs to the relationships between peoples, between cultures, we could reconstruct the history of the world from a sharing standpoint.”

Indeed, the slogan of the expo is “New Era, Shared Future.” To realize this, let's first learn to learn the best from others.