Sharapova wins again at US Open; No. 4 Zverev, No. 8 Tsonga out 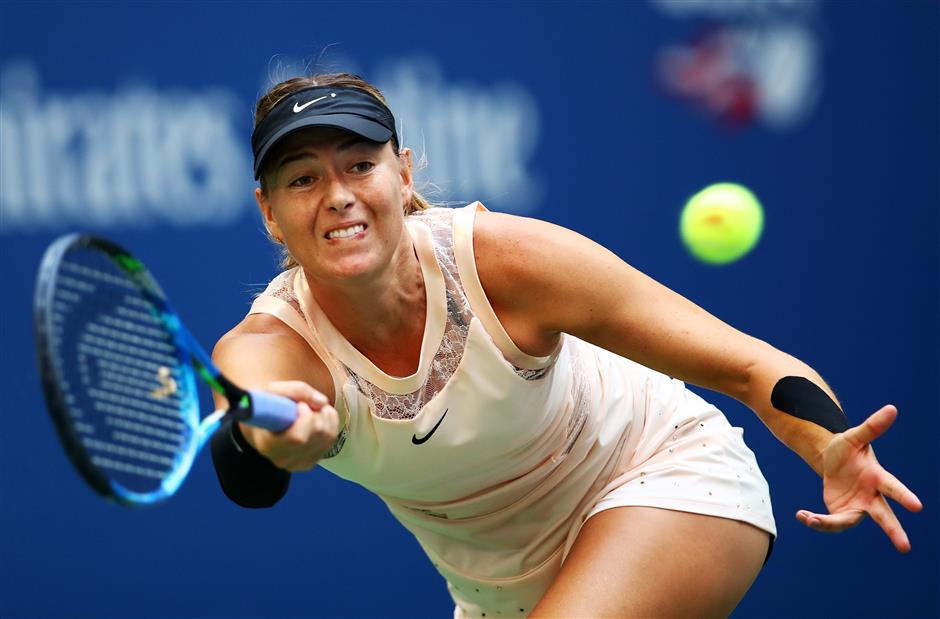 Maria Sharapova returns a shot to Timea Babos of Hungary during their US Open second-round match at the USTA Billie Jean King National Tennis Center in Flushing Meadows, New York, on August 30, 2017. The Russian rallied to a 6-7 (4), 6-4, 6-1 victory.

No one, not even Maria Sharapova herself, knew quite what to expect from her return to Grand Slam tennis at the US Open.

It had been 19 months since she had entered a major tournament. She played only nine times anywhere since a 15-month doping suspension ended in April. Two three-set tussles into her stay at Flushing Meadows in New York, it's clear that Sharapova's game might be patchy, but she is as capable as ever of coming up with big strokes in big moments — and maybe, just maybe, could stick around for a while in a depleted draw that's already missing four of the top seven seeded women.

Sharapova became the first woman into the third round at the US Open by using 12 aces to help set aside a poor start and coming back to beat Timea Babos of Hungary 6-7 (4), 6-4, 6-1 on Wednesday in Arthur Ashe Stadium.

"Look, I certainly have expectations, just because I know I've been in these stages before and I've been able to execute. There's a certain level of 'I know I can do this. I've done it before. I want to have that feeling again'," Sharapova said. "But there's also the realistic understanding of, 'OK, you haven't been in this situation for a while. It's going to take a little time.' Of course, managing expectations is part of it, learning as you play the matches, which is something I haven't done for a long time."

Her victory was the highlight of a busy day that featured 87 singles matches on the schedule after rain washed out most play a day earlier. With so many matches going on, there were plenty of names to keep tabs on — and quite a few surprises. The most noteworthy second-round departures came at night: No. 4 Alexander Zverev and No. 8 Jo-Wilfried Tsonga in the men's bracket, and No. 5 Caroline Wozniacki in the women's.

Past US Open champions advancing included Venus Williams and Marin Cilic into the third round, and Juan Martin del Potro and Svetlana Kuznetsova — who saved three match points — into the second. No. 14 Nick Kyrgios, No. 22 Fabio Fognini, No. 26 Richard Gasquet and No. 27 Pablo Cuevas all lost their openers.

Zverev's ouster left American 10th seed John Isner the top-ranked player in his draw quarter and Croatian fifth seed Cilic the best in his half of the draw. 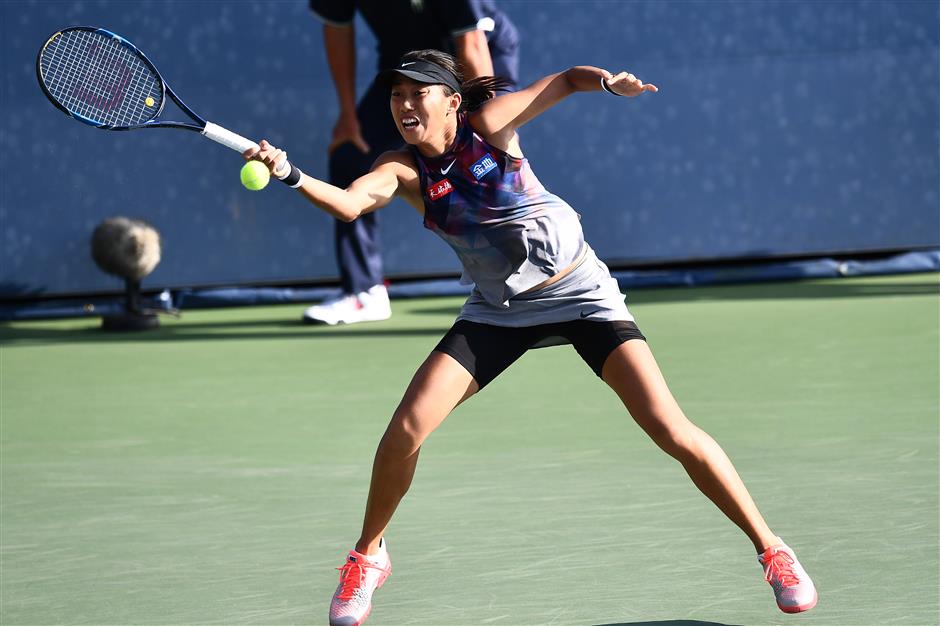 On the way out

In the early going, it looked as if Sharapova might join them on the way out.

She made 19 unforced errors in the first set, which ended with her missing twice on forehands to give the 59th-ranked Babos the lead. But as the match went on, Sharapova looked more and more like someone who used to be ranked No. 1 and owns five major titles — including the 2006 US Open — than someone who needed a wildcard invitation from the US Tennis Association because she is now 146th, on account of her ban and lack of play.

Sharapova last participated in a major tournament at the 2016 Australian Open, where she tested positive for the newly banned heart drug meldonium. She declined to answer a reporter's question about how frequently she's been drug-tested this year.

Babos said she thought it was "a little bit unfair for the other players" that Sharapova was let into the field, a sentiment echoed by No. 20 seed CoCo Vandeweghe of the US, who would have preferred that an American get that wildcard.

But here Sharapova is, and she does not appear ready to be an easy out.

"Towards the end of the second set, I felt like I was the fresher player. Going into a third set, that's a good position or a good feeling to have," said the 30-year-old Russian, who wore a strip of black tape on the left forearm that bothered her earlier in the month.

Wimbledon champion Garbine Muguruza reached the US Open third round for the first time by beating China's 92nd-ranked Duan Yingying 6-4, 6-0.

"I had like a curse and I broke it finally. I'm so happy," Muguruza said. "I just put the heart on the court. I knew I had to be all the time fighting for the ball and in the end I won."