A consortium led by Chinese investor Chien Lee and including baseball statistics pioneer Billy Beane has taken over Barnsley, the English second-tier club announced on Tuesday.

American investors Paul Conway and Grace Hung are also investing in the Championship club from South Yorkshire in northern England.

Barnsley's new patrons take over from the club's longstanding owner Patrick Cryne, who in September revealed he has terminal cancer.

"The club have gained English Football League approval for the change in majority shareholder and our new shareholders have now taken up their positions on the board of Barnsley Football Club," Barnsley said in a statement.

His story was told in the 2011 film "Moneyball" starring Brad Pitt.

He sits on the board at the Ligue 1 club alongside Conway, who leads Pacific Media Group along with Hung.

Lee and Conway will become co-chairmen at Barnsley, which spent one season in the English Premier League in 1997-98 and currently sits 20th in England's 24-team Championship, under manager Paul Heckingbottom.

"Barnsley has some of the most passionate fans in England and we look forward to meeting many of its supporters in the upcoming weeks."

Barnsley is the fourth Championship team to fall under Chinese control after the Midlands trio of Aston Villa, Birmingham City and league leaders Wolverhampton Wanderers.

In the EPL, Southampton and West Bromwich Albion — another club from the Midlands — are Chinese-owned, while Chinese consortium CMC Capital owns a 13-percent stake in Manchester City. 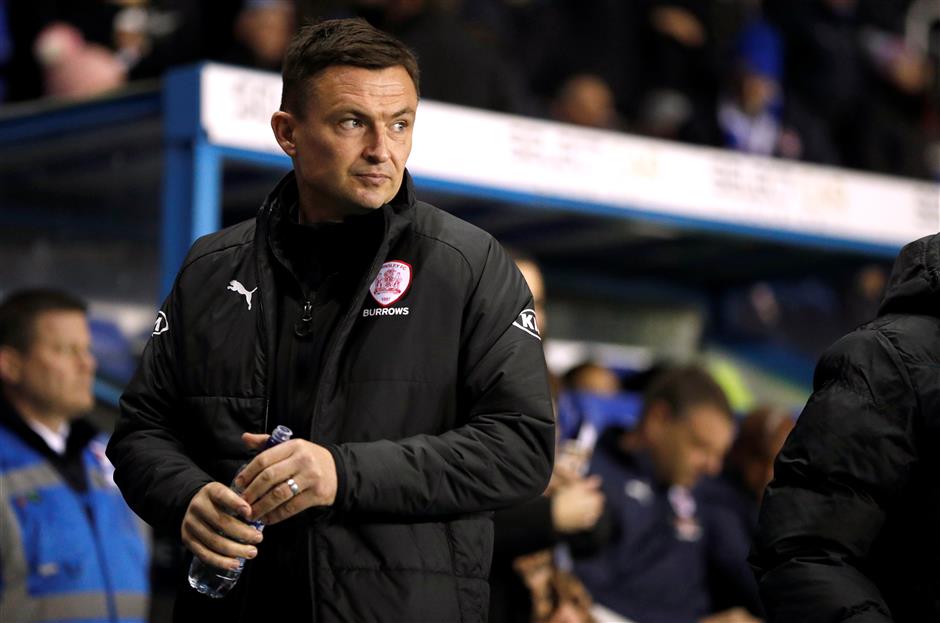 Barnsley manager Paul Heckingbottom stands on the sidelines ahead of their Championship match against Reading at Madejski Stadium in Reading in this November 28, 2017, photo.