Chilly start for Ronaldo and Portugal at World Cup training 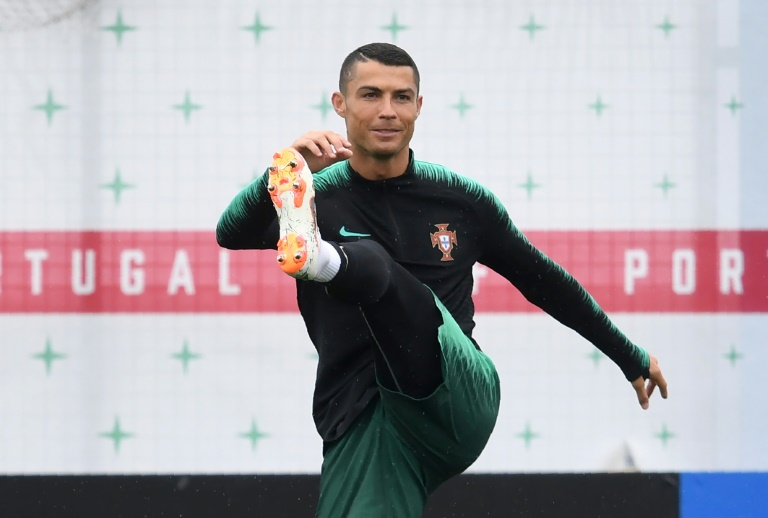 Cristiano Ronaldo's Portugal held their first World Cup training session on Sunday at the team's base in Kratovo, southeast of Moscow, five days ahead of their heavyweight opening clash against Spain.

The European champions were put through a series of possession-based exercises before working on their finishing, with Valencia winger Goncalo Guedes, on loan from Paris Saint-Germain, looking particularly sharp in front of goal.

The squad was then divided into two teams for a game on a half-sized pitch, with Ronaldo at one point thumping a ball over the training complex's fence and into the trees in a fit of frustration.

The Real Madrid star's presence had earlier elicited cheers from the 100 or so fans in attendance, with a similar number of media present along the touchline.

Portugal, who were also celebrating the country's national day on Sunday, kick off their Group B campaign against 2010 world champions Spain in Sochi on June 15, before facing Morocco on June 20 and Iran five days later.

They are playing at a fifth straight World Cup -- the country's seventh appearance in total -- and will be hopeful of a much more successful tournament than in 2014, when they crashed out in the group stage.

Their best result saw them finish third in 1966.