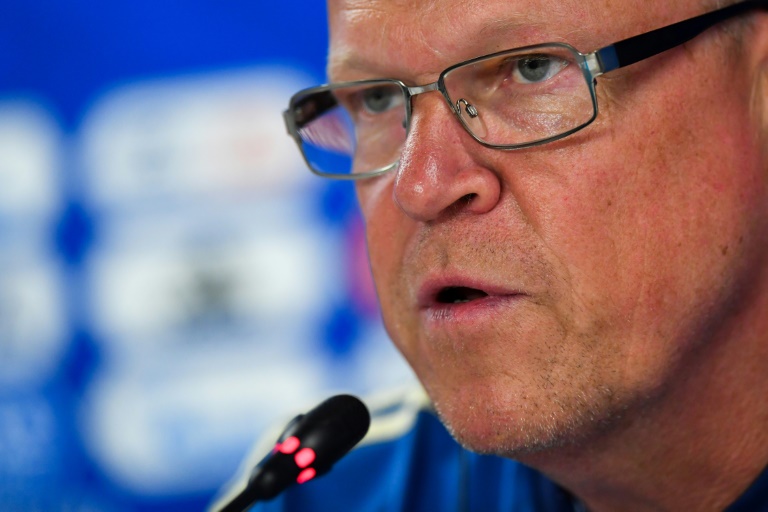 Sweden coach Janne Andersson ramped up his verbal attack on Germany on Tuesday, calling the behaviour of some of their staff in celebrating their last-gasp winner "scornful".

Andersson admitted that his men, who face a do-or-die clash with Mexico on Wednesday, had suffered "turbulent" times following the dramatic 2-1 defeat to the world champions.

The coach was riled by what he felt were excessive celebrations by the German bench after Toni Kroos hit a spectacular 95th-minute winner on Saturday to rescue the team's hopes in Russia.

Germany have taken action over the incident, suspending two of their staff for provoking the Swedish bench.

Media coordinator Uli Voigt and Georg Behlau, head of the backroom staff, will not attend Germany's crunch match against South Korea on Wednesday.

Adding to the sour atmosphere, Swedish substitute Jimmy Durmaz was subjected to death threats and racial abuse online by Swedish fans blaming the winger for conceding the free-kick that led to the winner.

Andersson, still clearly furious about what he previously described as Germany "rubbing it in our faces", said: "If I had not responded I would have been dead inside. It had nothing to do with football."

"Unsportsmanlike behaviour is not OK," the 55-year-old added.

Sweden aim to take their festering anger and use it to their advantage on the pitch against Mexico, said the centre-back.

Mexico top Group F and look most likely to qualify for the last 16, with Germany and Sweden battling for second spot.

Germany, who have looked out of sorts, play South Korea at the same time, in a nerve-wracking finale.

"When we heard, the group was annoyed, it is unacceptable," the 33-year-old Granqvist said of the vitriol aimed at Durmaz, born in Sweden to Assyrian parents who emigrated from Turkey.

"But Jimmy is very strong as a person. We have let it go but will come out of it as a group much stronger."

That view was echoed by Andersson, who insisted the agonising Germany defeat was behind them.

"We showed that we can play against the reigning champions all the way except the final seconds -- that made us stronger.

"We come tomorrow at a top level. We have all to gain and win and mentally we are very, very strong. We believe in what we do."