Juve, Inter to clash in Nanjing 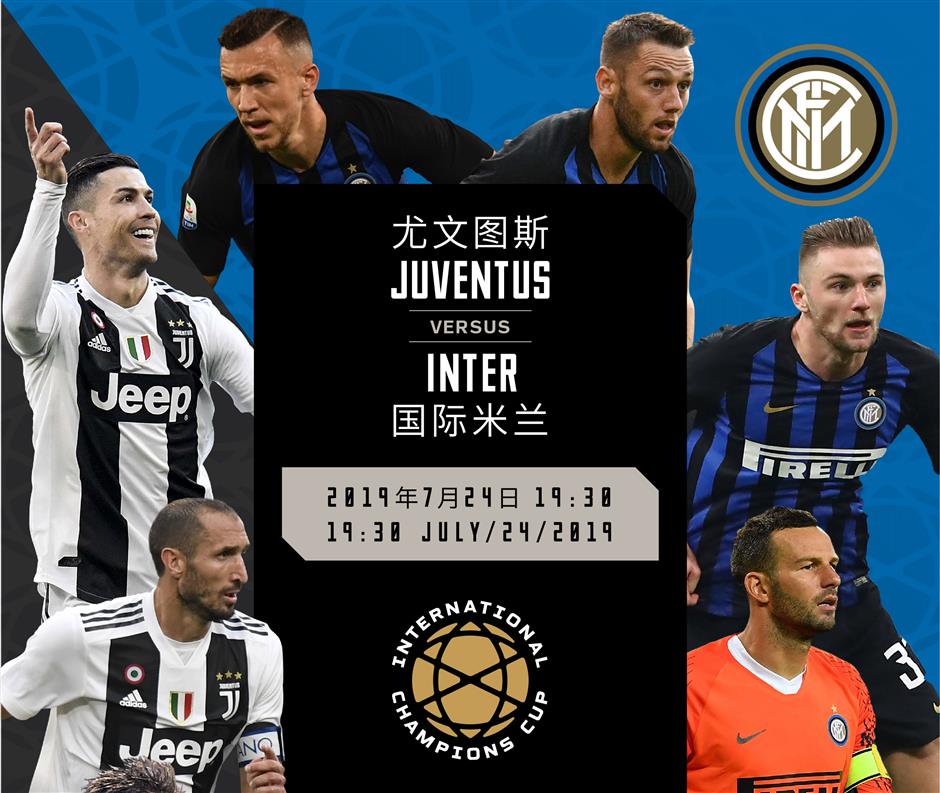 Both Juventus and Inter enjoy good popularity in China. Juventus said the signing of Cristiano Ronaldo last year has helped grow the club's Chinese fan base exponentially, while Inter was the first top European club to visit China in 1978.

"We are happy to participate in the International Champions Cup once again this year and return to China after our great experience in the Italian Super Cups in 2012 and 2015," said Giorgio Ricci, chief revenue officer of Juventus. "International development strategy is fundamental for the growth of Juventus, and a key pillar of this strategy is to build our presence in China."

Nanjing, meanwhile, will feel like home for Inter players as Nanjing-based Chinese retail giant Suning Group owns about 70 percent stake in the club. "Nanjing is a unique place to host such an important match, a city deeply connected with the club and where large numbers of fans passionately support our team in every match we play," Luca Danovaro, chief marketing officer of Inter, said.

"About one-third of our global followers live in China, who will now have a chance to support the team in person," he added.

Tickets for the match will go on sale on May 20 and purchasers can log on to snfc.suning.com.

This year's ICC will feature 12 clubs, playing a total of 18 matches across Europe, Asia and the United States from July 16 to August 10.

The clash scheduled for Shanghai this year is between two English Premier League sides, Manchester United and Tottenham Hotspur. The match will be played at Hongkou Football Stadium on July 25. It will also be Tottenham's debut on the Chinese mainland.