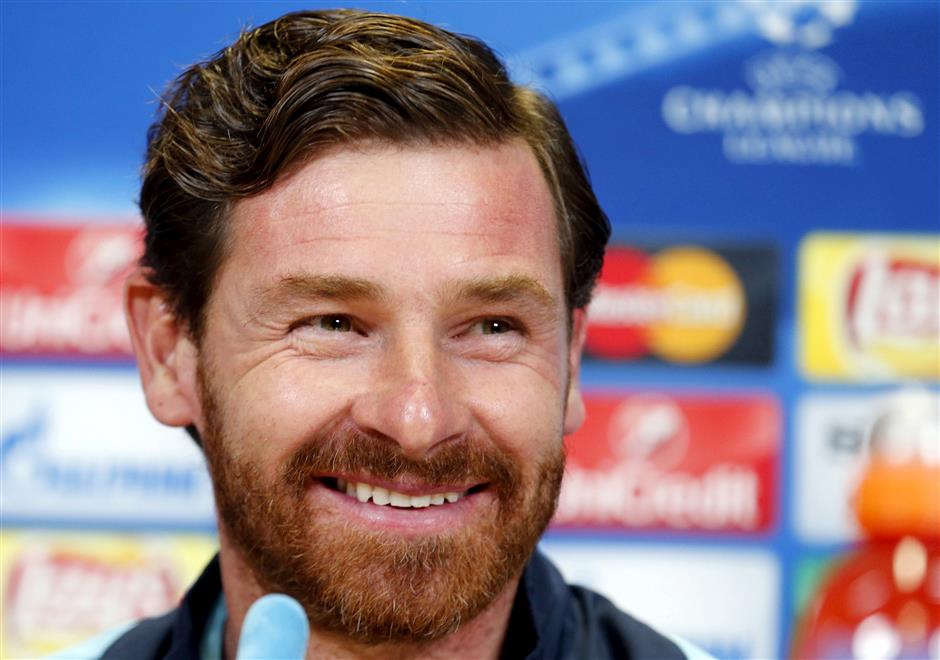 "We are delighted to hire a coach whose success is recognized at the highest level in Europe and in the world," Marseille owner Frank McCourt said in a statement.

Villas-Boas, 41, served as an assistant to Jose Mourinho before making his name at Porto, where he won three titles in 2010/11 — his only season at the club — and became the youngest coach to win a UEFA competition.

His success in his native Portugal earned him a move to Chelsea, although he lasted just seven months at Stamford Bridge before he took over at Tottenham as the successor to Harry Redknapp.

After 18 months at Spurs, Villas-Boas, known as AVB, resurfaced at Zenit St Petersburg in 2014, guiding the club to a Russian Premier League title and cup triumph during a two-year spell.

He had been out of a job since leaving Chinese Super League side Shanghai SIPG in November 2017, and took part in last year's Dakar Rally, withdrawing with injury after an early crash. In one year at the Shanghai club, he led SIPG to runner-up finishes in the CSL and the Chinese FA Cup, as well as to the semifinals of the AFC Champions League.

Marseille missed out on qualifying for European football next season following a fifth-placed finish in Ligue 1 this term.

"The philosophy and playing approach of Andre Villas-Boas is in line with what we want for OM and will help revitalize our project after a disappointing campaign," said McCourt.

In Italy, AC Milan coach Gennaro Gattuso is set to announce his resignation in response to spending curbs imposed by the club for the summer transfer window, Italian media reports said.

Sporting director Leonardo is also reportedly set to quit because of differences with Ivan Gazidis, the administrator brought in by US hedge fund Elliot Management which bought the club last year.

Faced with mounting debts and threatened with FIFA sanctions for breaking financial regulations, Milan is adopting spending curbs and seeking to boost its coffers by buying young, unproven, talents who it hopes to sell later for a profit, according to several media reports.

Gattuso, whose contract ends in 2021, was a controversial appointment in November 2017, but has won admirers despite failing to qualify the club for next season's UEFA Champions League, finishing one point behind Inter in the battle for the third and final qualifying spot.