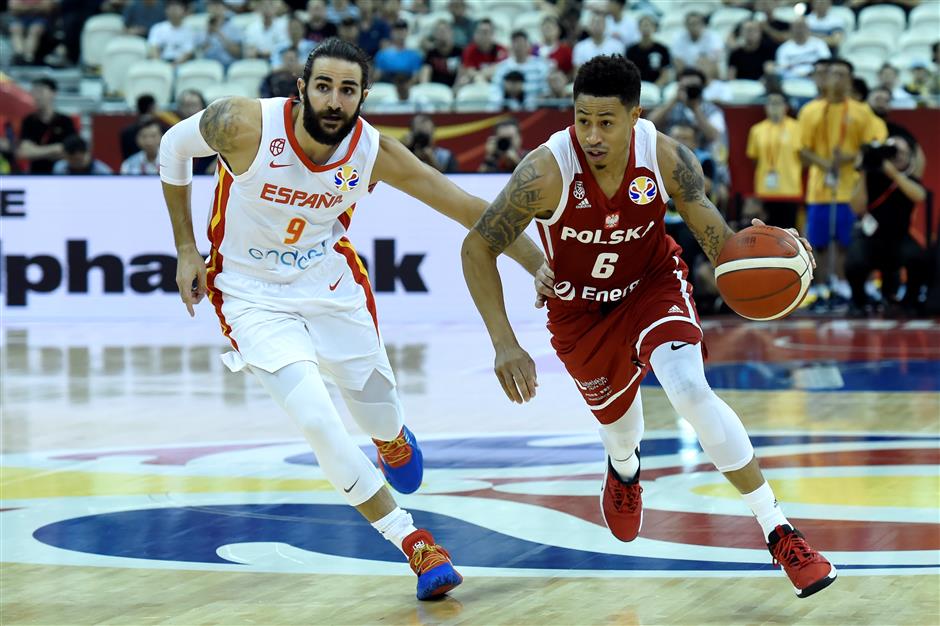 Spain will play Australia or the Czech Republic in Friday's FIBA Basketball World Cup semifinals as Ricky Rubio made history in a 90-78 win over surprise-package Poland.

The Poles, back in the competition after a 52-year absence, had defied expectations to reach the last eight in China.

They were behind from the third minute against the Olympic bronze medalists on Tuesday at the Oriental Sports Center in Shanghai, with the Phoenix Suns' Rubio making an electric start for Spain.

He had 9 points in the first half and grabbed his 107th career World Cup assist to become the all-time leader, surpassing Pablo Prigioni of Argentina.

Rubio finished the match with 19 points, including a pair of 3-pointers in a game-deciding 11-0 run in the final minutes, as well as 9 assists and 5 rebounds.

Juan Hernangomez of the Denver Nuggets surged to 14 points before the break as Spain, ranked No. 2 in the world behind reigning champion the United States, threatened to run riot.

But Poles, who as the underdogs had the Pudong crowd shouting for them, recovered to trail by only 5 points at half-time and stay in touch.

However, with veteran center Marc Gasol peerless, the Spaniards always looked in control against the team coached by American Mike Taylor.

The 34-year-old Gasol, who played a key role in the Toronto Raptors' historic run to the NBA crown, had 10 points and 7 assists.

AJ Slaughter scored 19 points and Adam Waczynski finished with 15 for Poland, which is assured of finishing no worse than eighth at its first appearance at the World Cup since 1967.

Spain will face either Australia or the Czech Republic in the semifinals in Beijing on Friday.

Earlier, strongly fancied Serbia was beaten 87-97 by Argentina to exit the tournament and leave Team USA as the favorite to retain its crown.

In Dongguan, southern Guangdong Province, Argentina's grand old man Luis Scola knocked down a series of key buckets in a fourth-quarter surge to crush Serbian hopes and propel the South Americans into the semifinals.

Scola, 39 years old and the last remaining member of Argentina's "Golden Generation" that won the Olympics in 2004, finished with a team-high 20 points.

The outcome leaves Argentina undefeated in the World Cup and headed for a Friday match-up against the winner of the US-France duel, which tips off, also in Dongguan, on Wednesday.

The bigger Serbians, who had looked dominant in group play behind do-it-all center Jokic, had to play catch-up against the quick Argentines throughout their quarterfinal contest.

Serbia finally grabbed a 70-68 fourth quarter lead on a 3-pointer by the Memphis Grizzlies' Marko Guduric and looked like it might make amends for a frustrating 69-81 second-round loss to Spain, the only blemish in its World Cup campaign to that point.

But that's when Scola stepped up, scoring 8 rapid-fire points in a 21-6 Argentina run that dropped the curtain on Serbia's World Cup.

"We believed it. It wasn't impossible. We have a great team and we have great energy," said Argentina forward Patricio Garino.

Scola is by far the oldest player in the relatively young Argentina squad.

"The way we played today is an example of what we want to do over the years," Garino said. 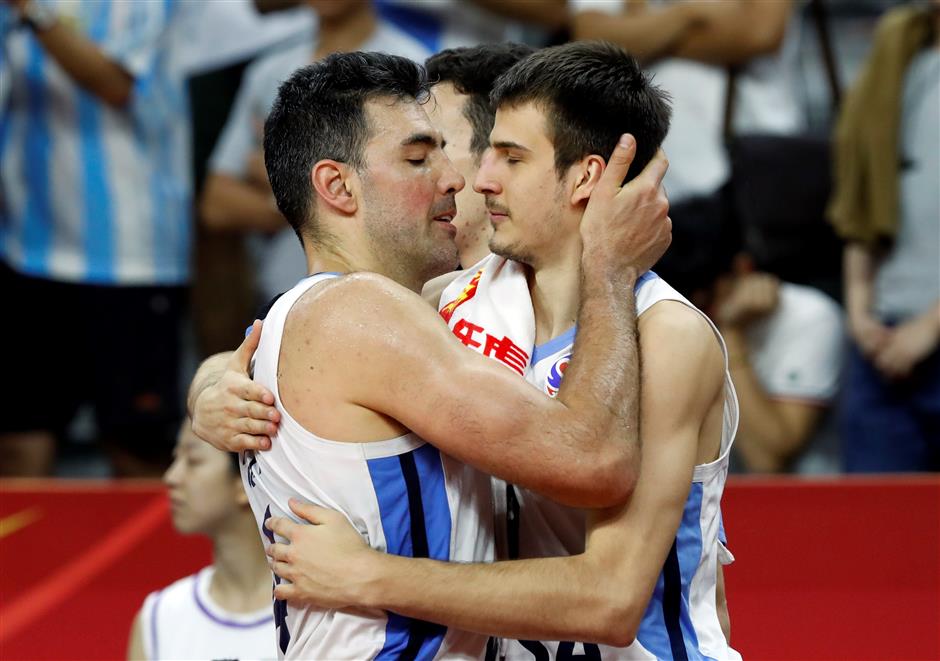