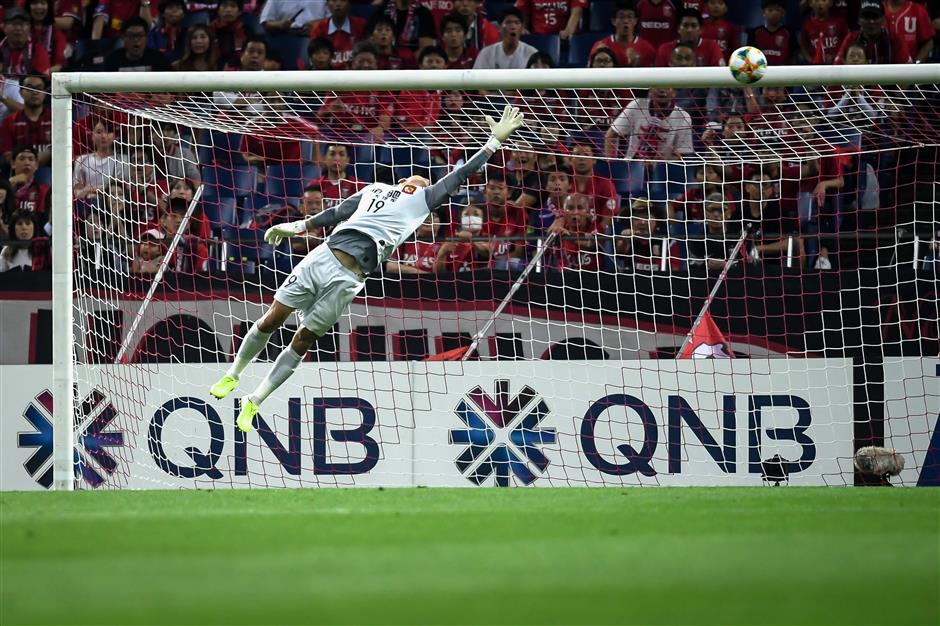 The battle of the Asian giants was sparked into life by the 19th-minute, 30-yard right-foot thunderbolt unleashed by Brazilian midfielder Fabricio that flew past Zeng Cheng into the top-right corner.

And it was wrapped up by Sekine's low-drilled bullet — this time to the bottom-left corner through a crowd of players from another unerring 30-yard shot — to the delight of the home fans in the 30,068 crowd at Saitama Stadium.

The pair of East Asian heavyweights have won three of the last six AFC Champions League titles. China's Guangzhou lifted the trophy in 2013 and 2015, and Japan's Urawa added the 2017 title to their 2007 triumph.

Before kick-off, Fabio Cannavaro had urged his stuttering Guangzhou side to break out of an alarming recent slump and recapture the goalscoring form that had taken them to the knockout stages of the Champions League.

But his pleas fell on deaf ears with an uninspired Brazilian three-pronged attack of Paulinho, Elkeson and Talsica managing just three shots at goal all night in their side's first semi-final appearance since 2015.

When Evergrande substitute Wei Shihao did finally hit the net with six minutes to go, he had strayed offside in the build-up.

Fast-fading Guangzhou are now without a win in six matches in all competitions and have seen their Chinese Super League lead shaved to a single point after back-to-back defeats.

Cannavaro's side only just squeezed into the last four with two draws, 0-0 and 1-1, to end Kashima Antlers' reign as Asian champions on away goals. 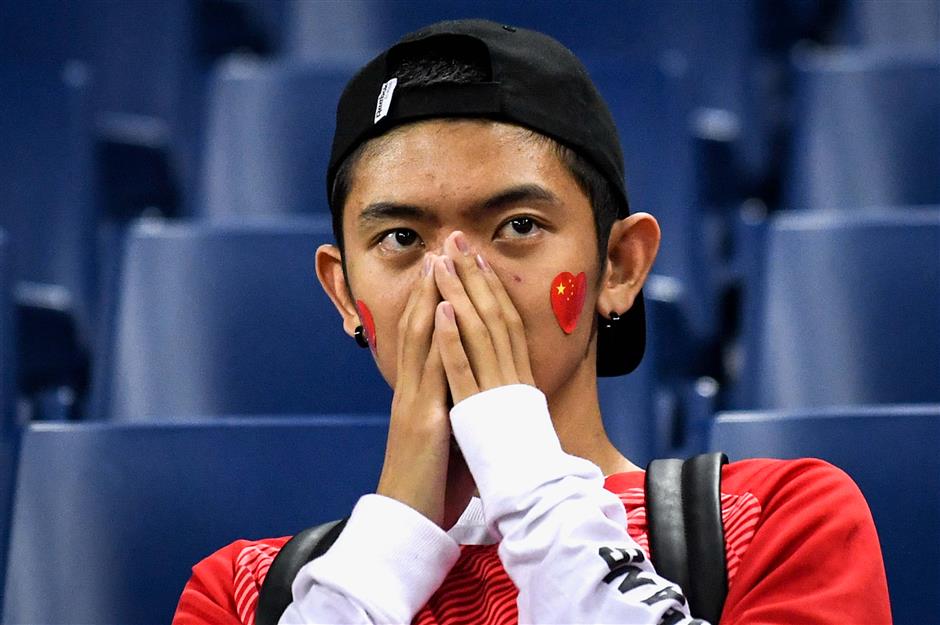 A disappointed fan of Guangzhou Evergrande after the match.

Guangzhou's toothless attack have now managed just three goals in their last 540 minutes of football and their Champions League hopes hang by a thread after being utterly dominated by their Japanese opponents.

The only slight concern for Urawa coach Tsuyoshi Otsuki will be that his side should be taking a bigger lead to the second leg at the Tianhe Stadium in three weeks' time after squandering a series of chances.

Daiki Hashioka stumbled past goalkeeper Zeng in the 26th minute only to see his tumbling, scuffed shot cleared off the line by Gao Zhunyi.

Sekine missed two gilt-edged chances to extend the lead either side of half-time before he finally found his range in spectacular style.

And substitute Yuki Muto almost scored with his first touch, a right-footed sweeping volley in the 68th minute, then saw his free-kick from the edge of the box clear the wall but slide wide with 10 minutes to go.

Urawa are now favourites to reach the next month's final from the East Zone after the second leg on October 23.

There they will probably face the West Zone's Al Hilal of Saudi Arabia, who beat Spanish great Xavi Hernandez's Al Sadd 4-1 in Qatar in the other semi-final first leg on Tuesday.