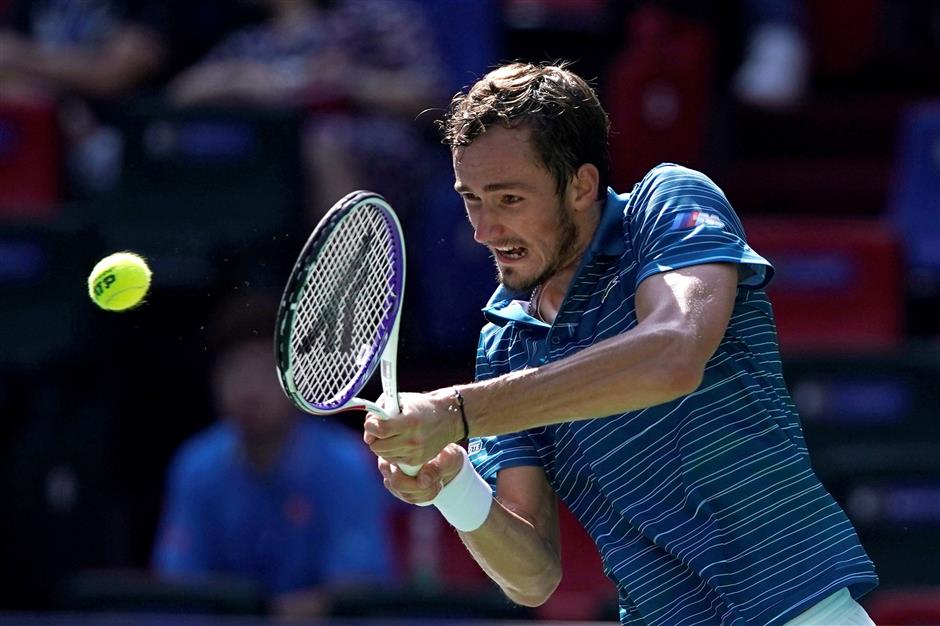 Roger Federer said that his devoted band of Chinese supporters helped pull him through a tough first set and into the Rolex Shanghai Masters quarterfinals on Thursday.

The Swiss defeated David Goffin 7-6 (7), 6-4 after the 13th seed from Belgium squandered five set points in the first set.

The 38-year-old Federer plays Germany's Alexander Zverev in the last eight after the fifth seed beat Andrey Rublev of Russia 6-0, 7-6 (4).

"I never really felt like I had the upper hand against David today," said the 20-time Grand Slam winner, who looked unusually flustered at times.

Federer was left shaking his head in the first set and he suffered a rare inelegant moment in the 12th game, slipping on his own sweat — "a bit embarrassing", he said.

The Swiss fell awkwardly and was then broken by Goffin, 14th in the world.

But the Belgian lost his nerve despite going 3-1 up in the first-set tie break, and Federer roared back to turn the momentum in his favor.

Federer was regularly serenaded by chants of "Roger, Roger, go go go" by local supporters all sitting together in one part of the arena. All were decked out in red.

Federer, who failed to win a Grand Slam this year, said their backing had been key to his revival.

"I know that if I am in trouble, they will be there to cheer me on," he said.

"If I look to them, or pump myself up, I know they will react to that.

"It's definitely very special here because they all sit in one block, sort of like in football to some extent, which is highly unusual for tennis and a tennis tournament." 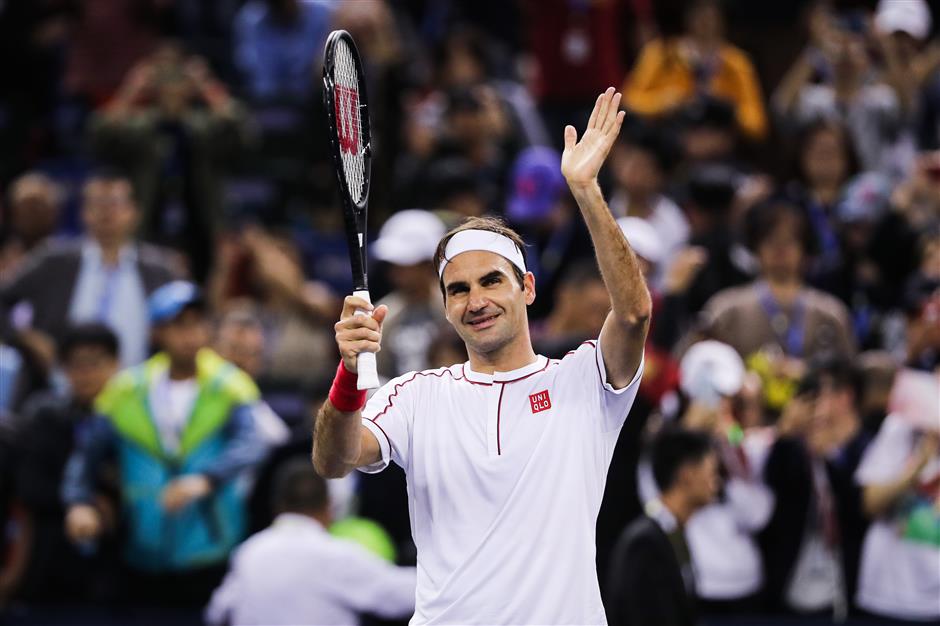 Roger Federer of Switzerland celebrates after winning his third-round match against Belgian David Goffin 7-6 (7), 6-4 at the Rolex Shanghai Masters on Thursday.

World No. 1 Novak Djokovic made light work of American John Isner and plays promising 21-year-old Stefanos Tsitsipas of Greece in the last eight.

"It's always a big challenge returning the serve of Isner," said Djokovic, who is over the shoulder problem that curtailed his US Open defense.

"He's got one of the biggest serves of all time, he's one of the tallest guys ever to play tennis."

The 32-year-old Djokovic is looking imperious, having not dropped a set in claiming the title in Tokyo last week and continuing that perfect record at the Qizhong Tennis Center in Shanghai.

The fourth-ranked Medvedev was forced to sweat — and not just because of the Shanghai heat — after being 2-5 down in the first set to Canadian qualifier Vasek Pospisil.

"I was down five set points and 5-2 also," said the US Open finalist, fast making a big name for himself as the man most likely to challenge Federer, Djokovic and Rafael Nadal.

"Usually the set is finished when it's like this, so just try to win every point I had to face, and finally it worked out."

Medvedev, who has been in eight finals this year, winning three of them, smashed his racquet as the frustration built and he threatened to boil over in the Shanghai sun.

"I usually don't like to break racquets because it's never beautiful," he said.

The Spaniard Nadal is not in Shanghai because of a wrist injury.