More than 150,000 people visited Minhang’s Qizhong Tennis Center during the Rolex Shanghai Masters, up nearly 20 percent compared to last year, according to organizers.

Coming into its 11th year, it’s also the first time that the Shanghai tournament, the only ATP 1000 event in Asia, introduced a new ticket-vending mechanism – separating the day and night sessions to meet fans’ demand and make full use of the venue’s capacity.

“The mechanism has proved to be a success. Day-session tickets sold better than what we expected, and the total ticket receipts saw a 30-percent increase from last year,” said Yang Yibin, vice general manager of local organizer Juss Sports Group.

“Those who were only able to make it to the evening matches could get a night-session ticket at a cheaper price than a whole-day ticket, while day-session tickets went into the hands of those who could make it. The increase in audience numbers obviously benefits our sponsors, as well,” Yang added.

The Rolex Shanghai Masters produced a new champion in a decade — Russia's Daniil Medvedev — it was also the first time that four players born post-1995 reached the semifinals at the tournament.

Roger Federer, the most beloved player for local fans, was eliminated by runner-up Alexander Zverev in the quarterfinals. Federer has always been a ticket-box guarantee in Shanghai. Asked whether he is worried about future ticket sales amid a generational change in players, Yang expressed confidence. 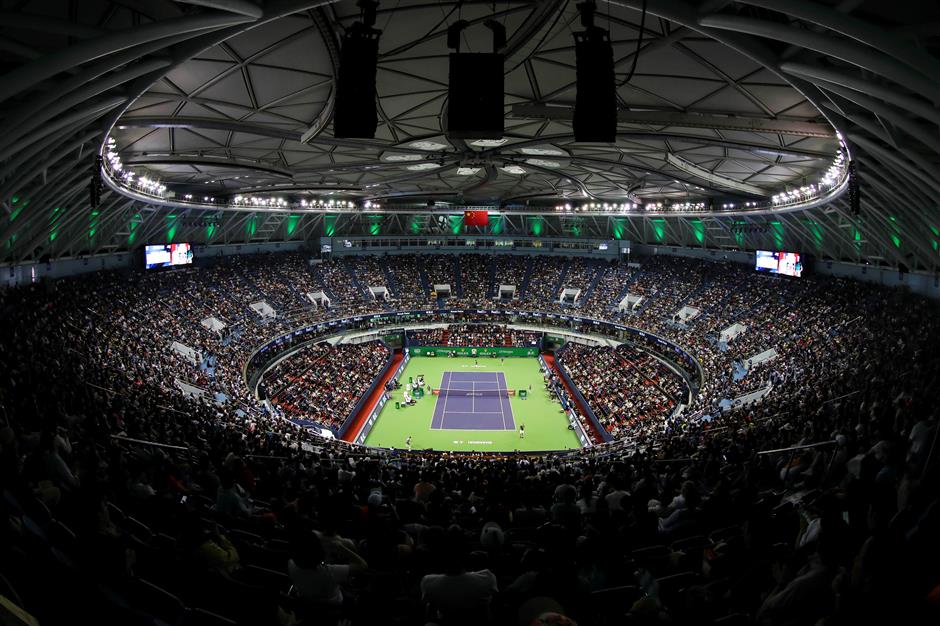 “After all these years, we have cultivated a mature fan base. A lot of fans would arrange their time according to our schedule and book tickets early no matter who they would see. They have shown recognition for the tournament and the sport itself.”

According to Yang, about 20 percent of fans making their way to Qizhong this year were from out of Shanghai, with half of them being foreigners.

“We have also been inviting journalists from Europe, Singapore, and some Southeast Asian countries that we value as important tennis markets for Shanghai so as to increase the influence of our tournament. The Shanghai event has also become a model for domestic tennis tournament organizers, who send their representatives to learn from us.”

Yang said one of the tournament’s main aim is to popularize Shanghai’s image on the world stage. The off-court activities in the city over the week, which involved a handful of star players including Federer, have served the purpose.