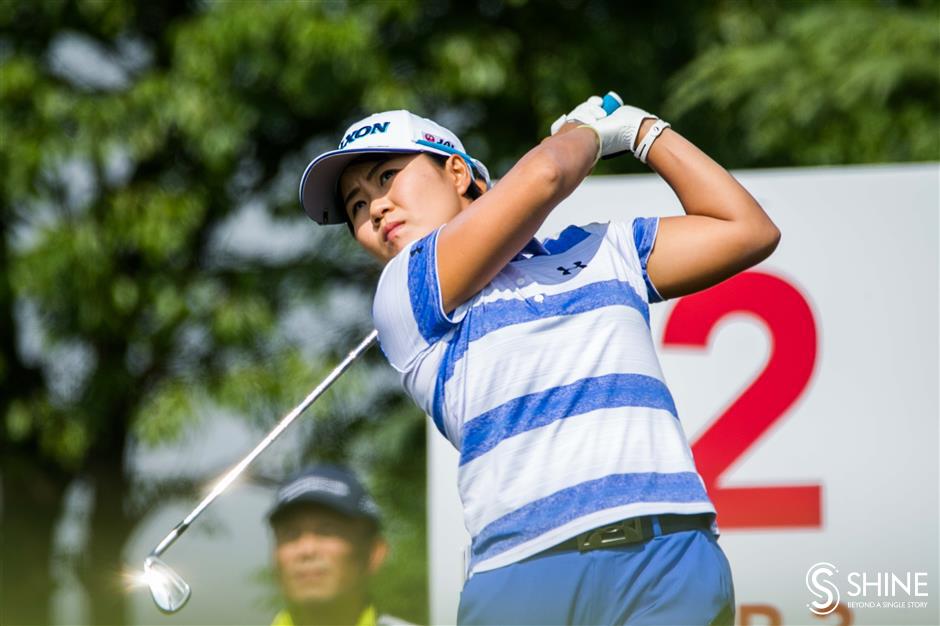 Nasa Hataoka of Japan in action during the first round of the Buick LPGA Shanghai at the Qizhong Garden Golf Club on Thursday.

Japanese Nasa Hataoka and South Korean Amy Yang set the early pace at the Buick LPGA Shanghai on Thursday as each carded a 5-under-par 67 in the opening round to share a one-stroke lead at the Qizhong Garden Golf Club.

Americans Jessica Korda and Angel Yin were one stroke back at the US$2.1-million tournament, an event co-sanctioned by the China LPGA Tour and the US LPGA Tour.

Defending champion Danielle Kang was two shots off the lead after opening with a 69 to sit equal fifth in a group that included her American compatriot Jennifer Kupcho, former world No. 1 Lydia Ko of New Zealand, Canadian Brooke Henderson, and the English trio of Bronte Law, Mel Reid and Jodi Ewart Shadoff.

Hataoka, who last week won the LPGA Championship Konica Minolta Cup in Japan for her third title of the year, came out firing with three birdies over the first four holes. Following a bogey six at the 526-yard ninth hole, she rebounded for three more birdies on the back nine.

“I hit the ball really well, especially on the front nine. The par-5s are very short this week so I feel like I make a birdie on par-5s,” said the 20-year-old, the current world No. 4.

“I'm very proud of how I played and won a tournament in Japan, but my goal is to win a major here (on the LPGA Tour). I want to keep working to achieve the goal.”

World No. 20 Yang also came out steady in her morning round. With three birdies in her first six holes, she dropped her only stroke for the day with a bogey five at the 385-yard eighth hole. She then bounced back to birdie the par-5 next and picked up two more strokes with consecutive birdies starting from the 13th hole.

“I’m happy how I played. My swing felt very stable out there today,” said Yang, whose four LPGA Tour titles have all come in Asia. In February, the 30-year-old won her third Honda LPGA Thailand title.

“I hit a lot of good shots. I had a lot of solid shots out there and gave myself a lot of good chances. My putter was working really well. That helped in shooting a lower score.”

Feng, who won the tournament back-to-back in 2015 and 2016 when the CLPGA Tour co-sanctioned the event with the Ladies European Tour, lamented her slow start that featured nine straight pars.

She got it going with consecutive birdies starting from the 10th hole and another at the 13th hole. Feng then recorded her only dropped shot of the day with a bogey four at the 173-yard 16th hole.

“Three birds were shot out of four holes. I think my feeling is coming. Generally speaking, it’s a relatively stable start. There will definitely be pressure, but the pressure will make me more focused and motivated to play well,” said the 30-year-old Guangdong native.

“One shot on the green is not particularly accurate. This week my goal is to keep under par and catch as many birdies as possible every day.”

Brittany Altomare (70) won a car when she made a hole-in-one with a blast of her six-iron at the 169-yard second hole. It was the American’s seventh career ace and first on the LPGA Tour.

Yin Xiaowen was the top amateur as the Chinese teenager shot 1-over 73 to sit equal 37th. 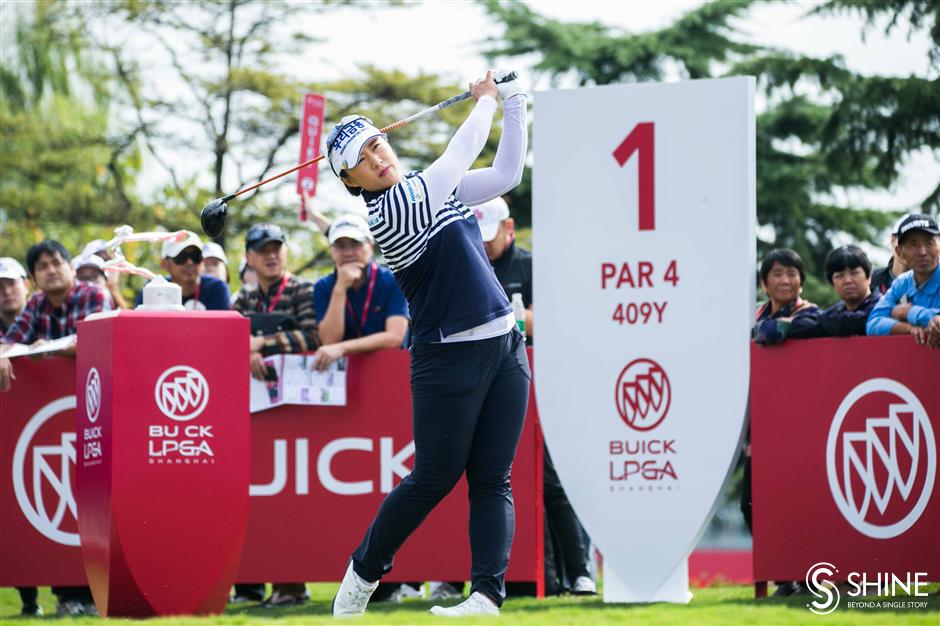 South Korea's Amy Yang plays her tee shot on the first hole during the opening round of the Buick LPGA Shanghai on Thursday.