Golfer Li focused on self improvement during COVID-19 shutdown 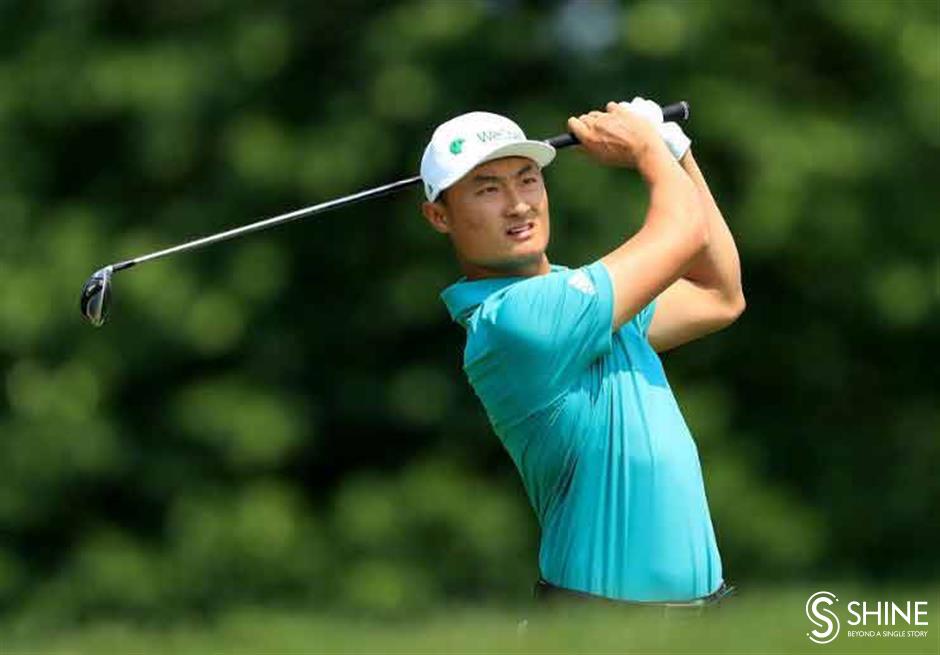 China's Li Haotong says the disruption to the golf calendar due to the COVID-19 pandemic has made him love the sport even more and he has been using the enforced break to iron out the flaws in his game.

The 24-year-old, who last year became the first mainland Chinese golfer to play in the Presidents Cup, has invested in fitness equipment and a golf simulator, and is also working on the mental side of the game after a disappointing 2019.

"I have conducted a review of my whole career and had a lot of talks with my family and friends, trying to find out where I can do better in the future," Li said in a PGA Tour release.

"The more I think about it, the desire of getting back to play in tournaments grows. There's one thing I'm certain that this shutdown would only make me love golf more.

"I've missed the cheering crowd, all my friends on tour and mostly the exciting feeling you get after making a nice shot during competition."

Li slipped out of the top-50 last year and suffered two losses at the Presidents Cup in December.

"In the past, I've played some good rounds in major events but I would need to get that stability and be more mentally strong," the world No. 87 said.

"I always wanted every shot to be perfect and apparently, that doesn't help you when you're not in the best condition. So, this is what I'm working on aside from my golf techniques."

Meanwhile, the US Open will be held without qualifying this year, the United States Golf Association announced on Monday, with the field "filled entirely through exemptions."

Golfers who are exempt from qualifying competitions include those who have won the US Open in the last decade and top-10 finishers from the tournament's previous year, for example, or those who qualify through a special exemption set by the USGA.

The tournament was postponed to September 17-20 from its June date at Winged Foot Golf Club in Mamaroneck, New York amid the coronavirus outbreak.

The USGA said that while the tournament was moving forward, qualifying was "not viable" due to safety concerns.

"This was an incredibly difficult decision, as qualifying is a cornerstone of USGA championships," said John Bodenhamer, senior managing director of championships for the USGA. "But this structure provides the best path forward for us to conduct these championships in 2020."

Live golf is slowly returning to action since the COVID-19 outbreak sent players and fans into lockdown, with the PGA Tour set to resume next month.

A two-on-two charity skins match between world No. 1 Rory McIlroy, Dustin Johnson, Rickie Fowler and Matthew Wolff on Sunday provided a rare dose of normalcy for golfers and fans alike, with the more than four-hour-long broadcast raising upward of US$5.5 million for COVID-19 relief.