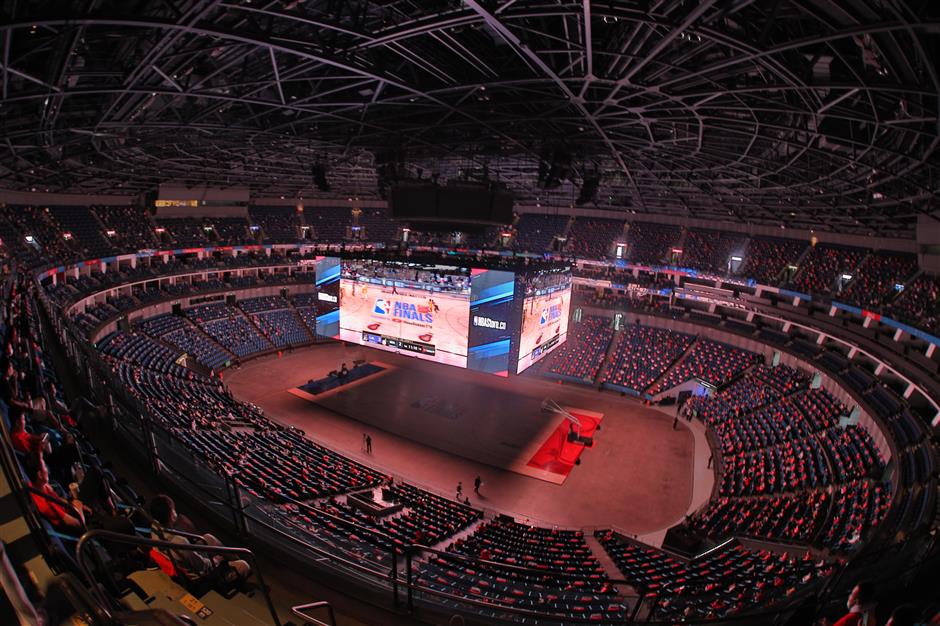 Four thousand basketball fans were on hand at the Mercedes-Benz Arena in Pudong for the viewing party of the 2020 NBA Finals Game 4 on Wednesday.

Four thousand basketball fans gathered at Pudong’s Mercedes-Benz Arena to watch Game 4 of the 2020 NBA Finals between the Los Angeles Lakers and Miami Heat on Wednesday.

It was the first live viewing party organized by the National Basketball Association for its followers in China this year in the aftermath of the novel coronavirus epidemic in the country. Fans watched the match from four big screens set up at the center of the venue.

LeBron James scored 28 points and Anthony Davis delivered a clutch 3-pointer and blocked a shot late in the fourth quarter to help the Lakers win the game 102-96. Taking a 3-1 Finals lead, the Lakers moved within one win of their 17th NBA championship.

The organizers followed anti-pandemic requirements and arranged temperature and health code checks for each member of the audience.

“The viewing party is really a cool idea,” said the American. “It’s such an immersive feeling to watch the game together with so many fans — one of the most unforgettable experiences.”

Retired NBA star players Kareem Abdul-Jabbar and Chris Bosh sent regards to Chinese fans through videos which were played ahead of the match. Since the COVID-19 outbreak, the NBA has donated medical equipment worth 18.5 million yuan (US$2.72 million) to hospitals in the badly-hit Hubei Province city of Wuhan to show support and care for the locals. 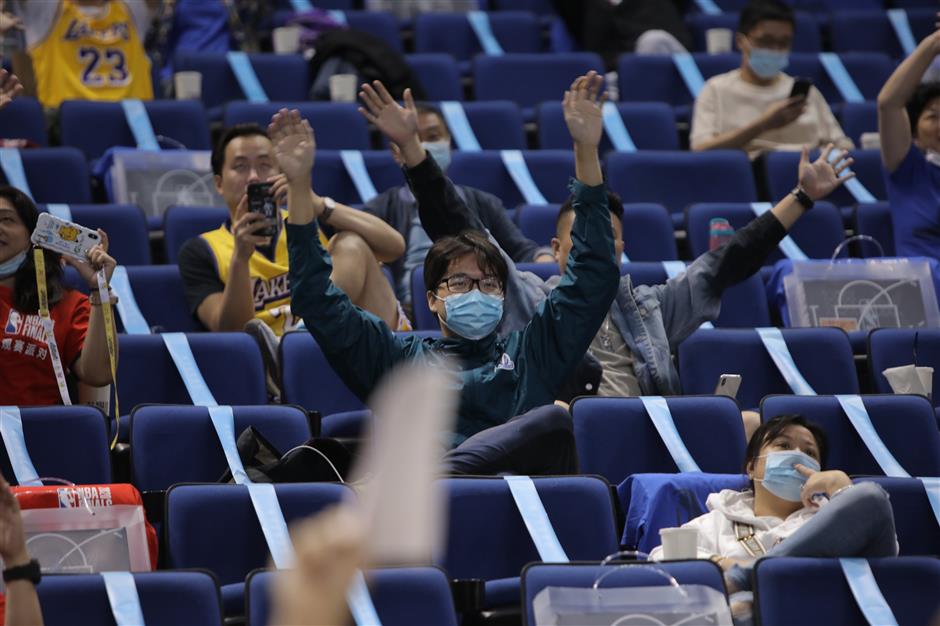 Fans watch the match from four big screens set up at the center of the venue.