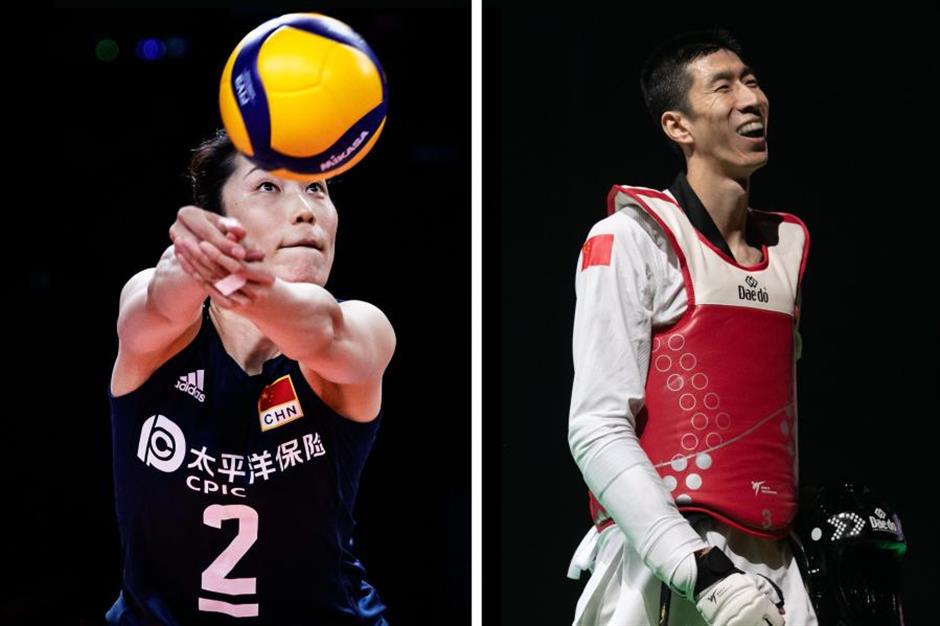 Women's volleyball star Zhu Ting and taekwondo athlete Zhao Shuai have been named as the Chinese delegation's flag-bearers at the opening ceremony of the Tokyo Olympic Games, the Chinese Olympic Committee (COC) announced late on Saturday.

In a statement posted on its social media account, the COC said that flag-bearers of the Chinese delegation at the Olympics' opening ceremony have always attracted major attention and been a hot topic of discussion.

"Taking representation of the athletes and competition schedule into consideration, the delegation has confirmed its flag-bearers following widespread consultation and prudent consideration," read the statement.

Zhu helped team China claim the Olympic gold medal in volleyball in Rio five years ago, while Zhao made history by winning China's first Olympic gold in men's taekwondo when he triumphed in the 58kg category at the Rio Olympics.

Postponed by one year due to the COVID-19 pandemic, the Tokyo Olympics will open on July 23.