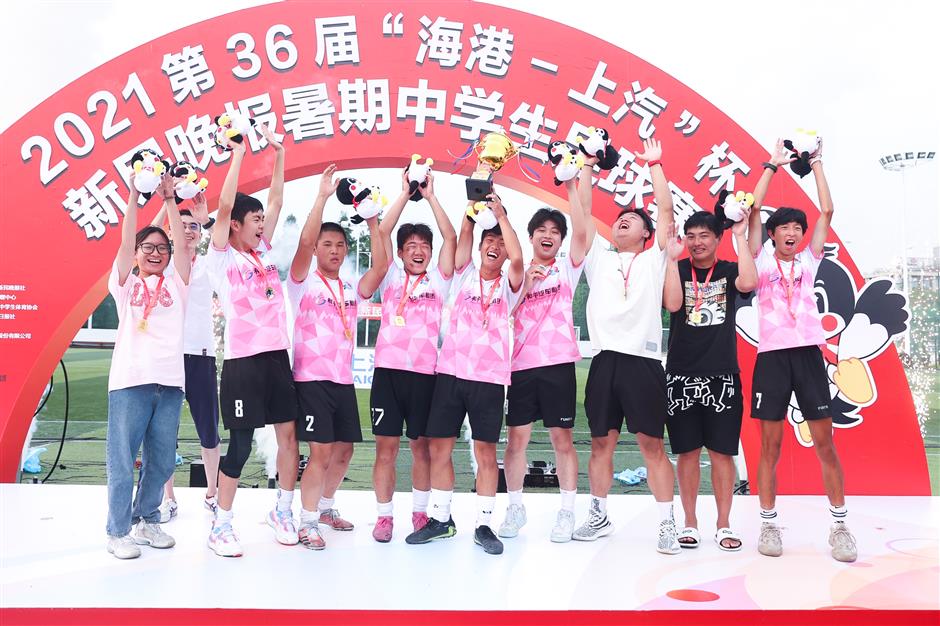 The 36th Shanghai Port-SAIC Xinmin Evening News Students' Football Tournament dropped curtain this week, with the finals held at the T98 football training base in Minhang District on Monday.

As Shanghai's most popular amateur football tournament for students, this year's event gathered more than 1,000 teams from around the city, competing in the preliminary and knockout rounds over the past two months.

Wenlai No. 2 team from Minhang and Lanshao Constantine team from Putuo District became champions of the middle school and high school divisions, respectively.

The final of the middle school division was a derby clash between two teams sent by Wenlai Middle School – Wenlai No. 2 team and Wenlai No. 3 team.

"Both teams gave full play to their ability," said Xu Jun, football coach of Wenlai Middle School. "Football serves a good educational purpose. I always encourage my students to face victory and failure with modest and positive attitudes, no matter on the pitch or in their lives." 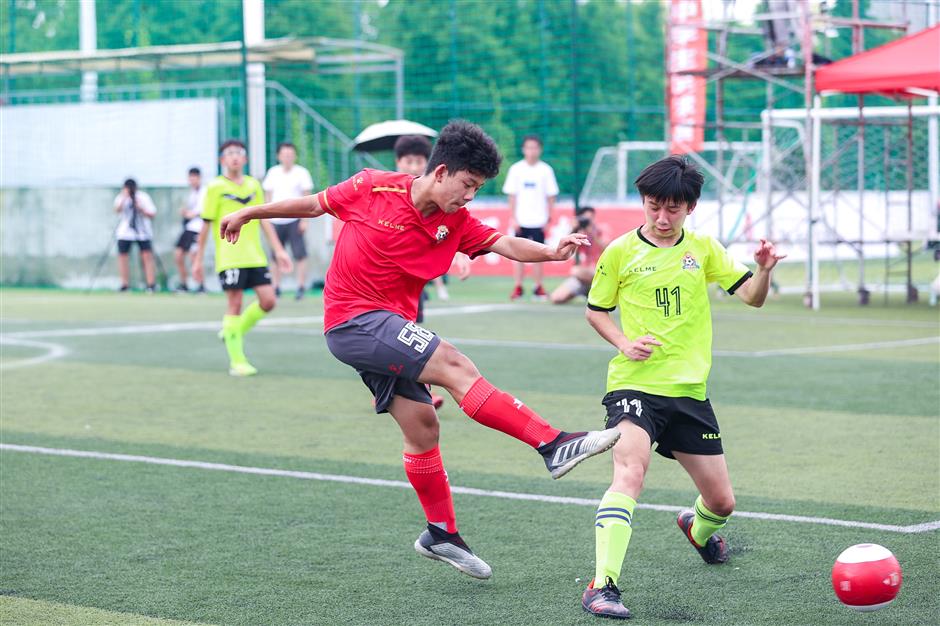 The final of the middle school division was a derby clash between two teams sent by Wenlai Middle School. 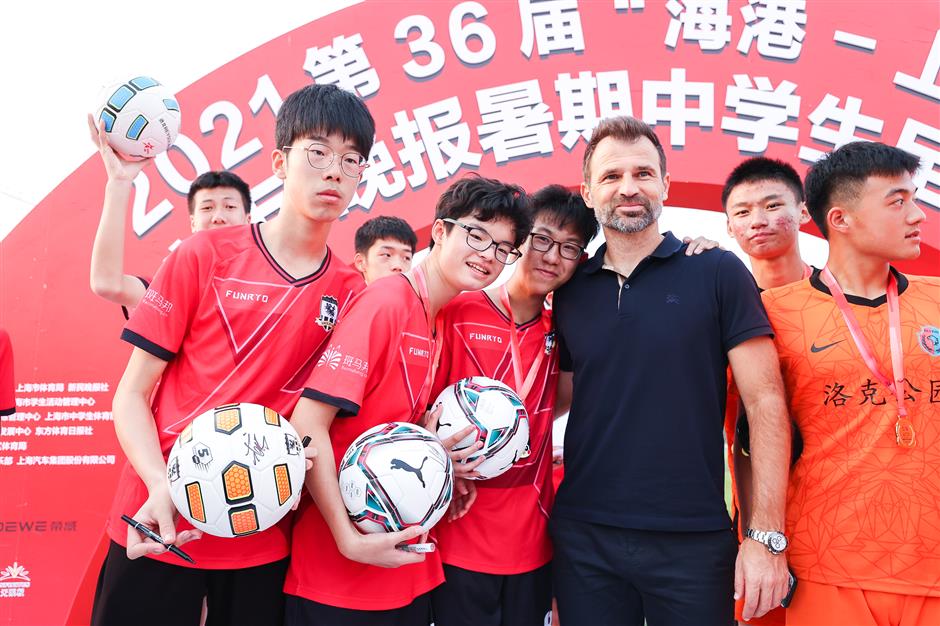 Chen Boyuan of Wenlai No. 2 team and Zhou Shujun of Lanshao Constantine team were named the best players of their respective divisions.

"I hope these young players can carry on with this sport and keep improving themselves," said the Croatian. "Football is much more than a sport. It helps improve the players' social ability and teamwork spirit."

"We have professional players who were selected from the middle school football teams," he said. "We look forward to discovering more talents from this traditional tournament."

Cheng himself was a participant at the 2nd Xinmin Evening News Students' Football Tournament.