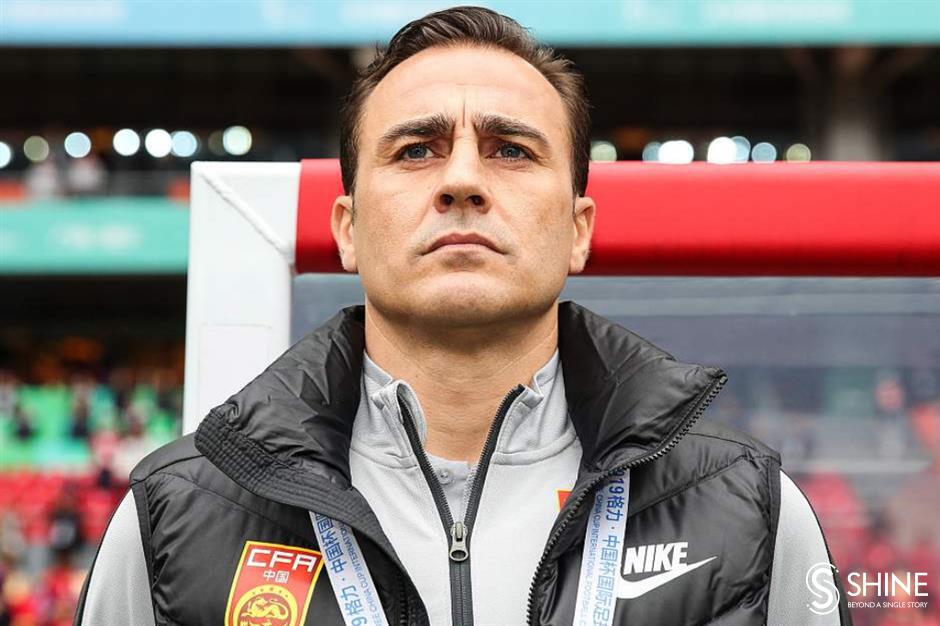 Italian football legend Fabio Cannavaro is stepping down as manager of Chinese giant Guangzhou FC, the club announced on Tuesday, as it faces an uncertain future with its owner Evergrande Group on the brink of collapse.

Cannavaro's departure had already been widely rumored after he failed to guide Guangzhou FC to a ninth Chinese Super League crown last season.

But the troubles at Evergrande Group, whose potential demise has shaken world financial markets, may well have forced the issue with questions now swirling around the fate of the team.

A statement on the club's Weibo account said that "after friendly negotiations, Guangzhou Evergrande has decided to terminate Fabio Cannavaro's contract."

"We whole-heartedly thank Fabio Cannavaro for his huge efforts and positive contribution to the club, and wish him all the best for the future!" the statement added.

The writing was already on the wall for the 48-year-old former Italy defender.

He had returned to Guangzhou in 2017 for a second stint, after being dismissed following a failed spell at the club in 2014-15.

But last season ended without silverware.

Soon after, the club said it was changing its management structure in a way that appeared to leave Cannavaro with little power.

Uncertainty at the most successful club in recent CSL history adds to turmoil in Chinese football and shines a further spotlight on the precarious finances undergirding the sport in the country.

Guangzhou FC's fate remains unclear. Unconfirmed reports have circulated saying that discussions are under way that could see a government entity and state-owned company taking it over.