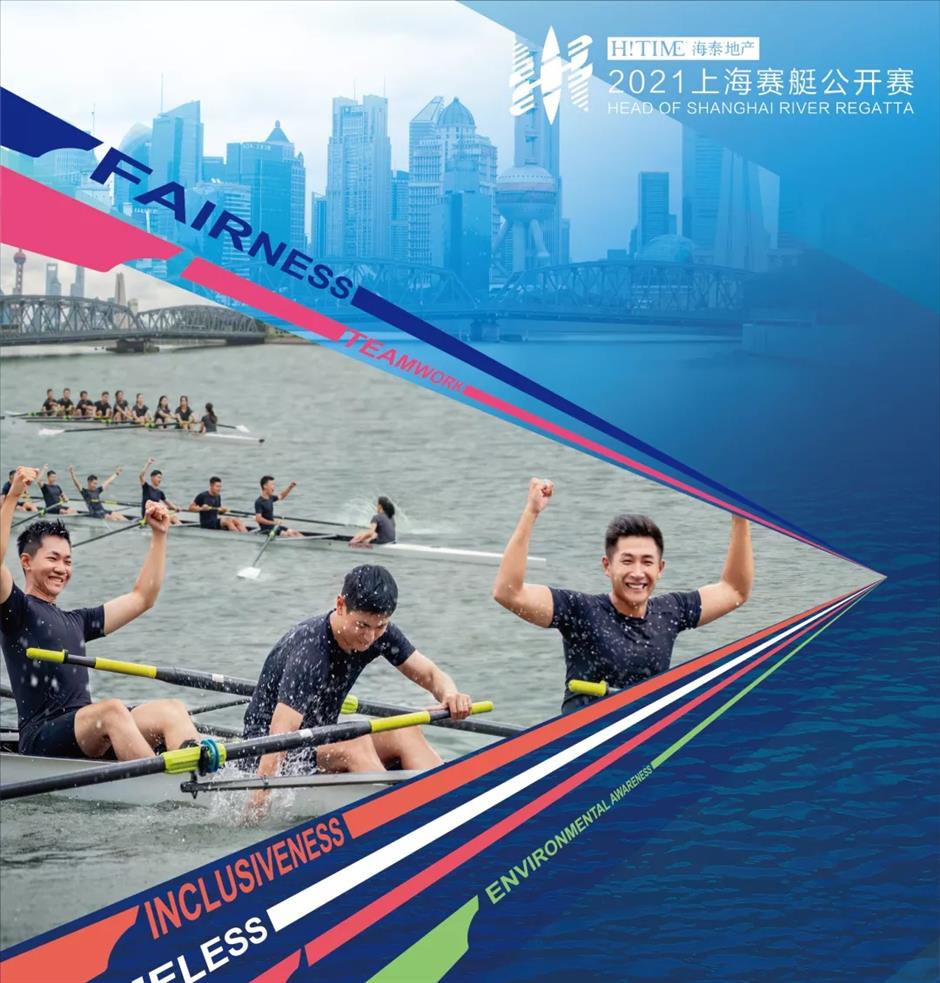 A publicity poster about the inaugural Head of Shanghai River Regatta.

The inaugural Head of Shanghai River Regatta will be held on the Suzhou Creek on October 23-24, attracting both professional and amateur rowers from around the country.

Two disciplines have been set – a 4.2-kilometer chase and a 500-meter city dash. Participating teams will be divided into three divisions – professional, college teams and clubs. Each team will consist of eight rowers, one helmsman, one coach, one team leader and two substitute rowers.

The 4.2km race will start from Puji Road Bridge in Jing'an District, and end at the landmark Waibaidu Bridge in Huangpu District. The route has six turnings, going past some signature constructions along the creek, including Sihang Warehouse, the General Post Office Building and Broadway Mansions.

Spectator areas will be set along the creek for residents to enjoy the competition. For safety concern, the bridges over the river course will impose traffic restriction measures to limit pedestrian numbers.

The map of the 4.2-kilometer chase race at the Head of Shanghai River Regatta.

"A lot of international metropolises like London and Boston have their own regattas, and Shanghai is joining them," Zhou said. "Head of Shanghai will become a landscape competition, as the Suzhou Creek has witnessed both the city's history and modern development."

Zhou said the participating teams have been invited to the tournament in its inaugural year. More teams, including rowers and teams from overseas, will be invited to the regatta in its future editions when the COVID-19 pandemic eases.