Sui leads by one shot on Chongming Island 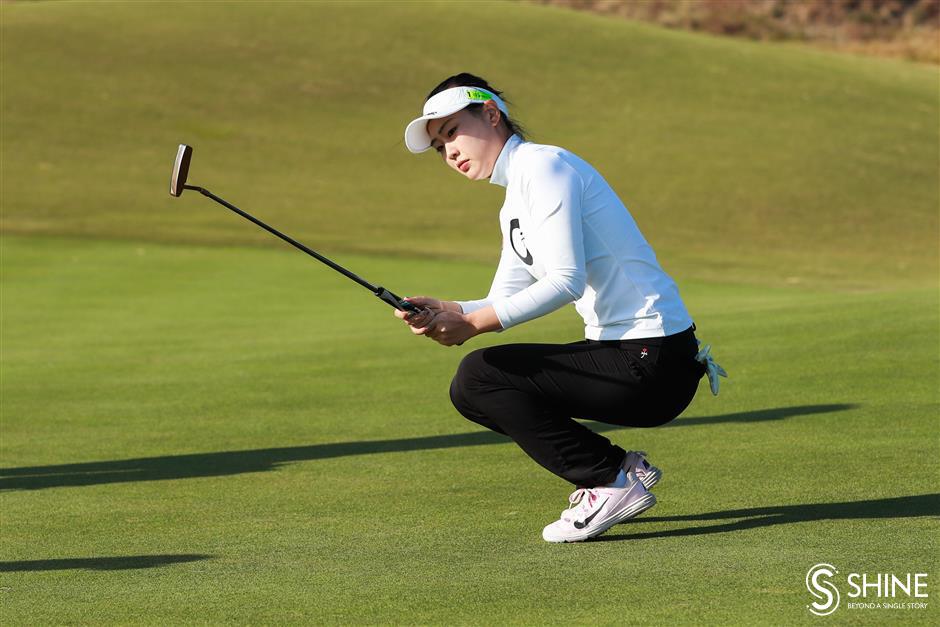 Sui Xiang in action during the first round of the Mitsubishi Heavy Industries Championship at Lanhai International Golf Club on Shanghai's Chongming Island on Thursday.

Sui Xiang set the early pace at the Mitsubishi Heavy Industries Championship on Thursday as the Guangdong native carded a first-round score of 2-under-par 70 for a one-stroke lead at Lanhai International Golf Club in Shanghai.

Liu Wenbo, the China LPGA Tour of Merit leader, was tied for second with 15-year-old amateur An Tong after both opened with a 71 at the 1-million yuan (US$156,300) tournament being played at the Yangtze Dunes course on Chongming Island. Shi Yuli, Sun Jiaze and amateur Zeng Liqi were equal third on even-par 72.

Playing on the severely undulating links-style course created by Australian design company OCCM, Sui, who was third last week in Zhuhai, kept it together in the breezy conditions to post a round that featured five birdies and three bogeys, including one at the 394-yard, par-4 last.

With the tournament doubling its prize money this year and offering more world ranking points, Sui added the conditions were right for inspired golf.

"It's my first time here. I felt it was one of the toughest golf courses I played on the Tour during the practice round. Going into this round my nerves were stretched to a breaking point," said the 22-year-old, who quickly calmed down to sink a 45-foot birdie putt on the 359-yard fourth hole.

"I played a solid round without any big mistakes. Luck was on my side on a couple of holes. My long game was solid. I just need to be better on chipping and putting.

Liu turned around an uneventful front nine when she made a hole-in-one at the 163-yard eighth hole after her ball found the cup with a seven-iron for her sixth career ace. She then made birdie at the next to make the turn at 2-under 34. The Beijinger dropped shots at the 11th and 14th holes before posting a late birdie four at the 467-yard 17th to move into contention. 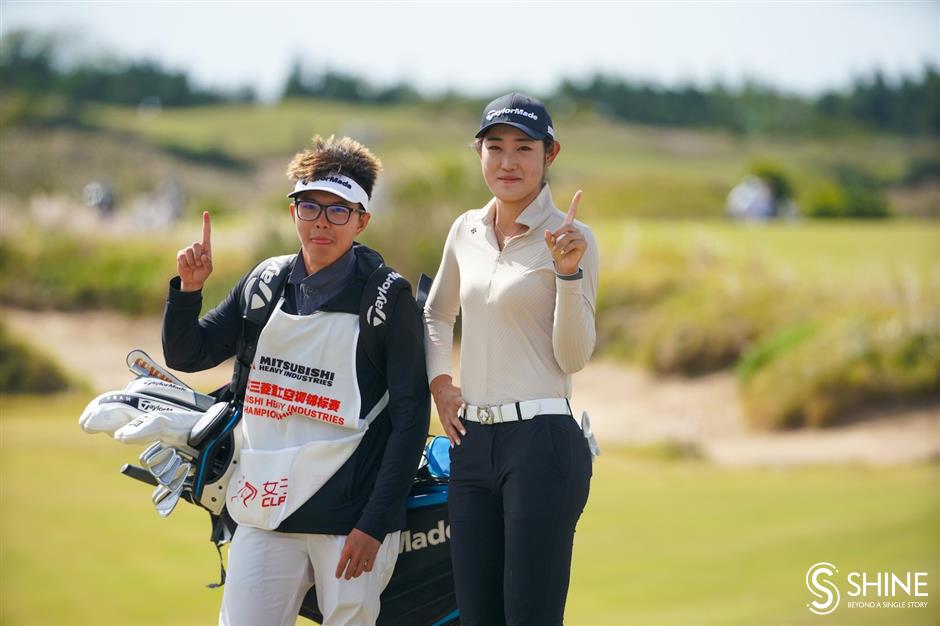 Liu Wenbo (right) and her caddie react after her hole-in-one at the 163-yard eighth hole.

"I hit it (the hole-in-one shot) with a 3/4 swing trying to find a good spot. I didn't watch how the ball rolled into the hole. The people around the green didn't tell us what happened. When we walked up there, we tried to locate where it was. I thought it would be over the green. It took time for us to find it in the hole. It was a funny scene," said the 20-year-old, a two-time winner on the CLPGA Tour.

"We seldom get to experience a links course. It is different from those other venues on the Tour. It is definitely a great challenge, which needs accuracy. Even without the wind, it would be tough. The wind was strong out there today."

An, currently 523rd in the World Amateur Golf Ranking, started her day on the Yangtze Dunes back nine and carded a round that featured four birdies and five bogeys through 17 holes. The teenager finished strongly when she made an eagle three at her last hole, the 500-yard ninth.

"I was in a poor form last week. Yesterday, my father (her caddie) and I spent 30 minutes talking with the headmaster of the PGA Academy on site going into this round. It changed a lot for both of us and we cooperated better," said the Tianjin native, winner of leg two of the HSBC National Junior Champions event in April.

Notable scores included Yan Panhong, the winner last week in Zhuhai, who was tied for 15th in a group of nine players on 5-over 77.