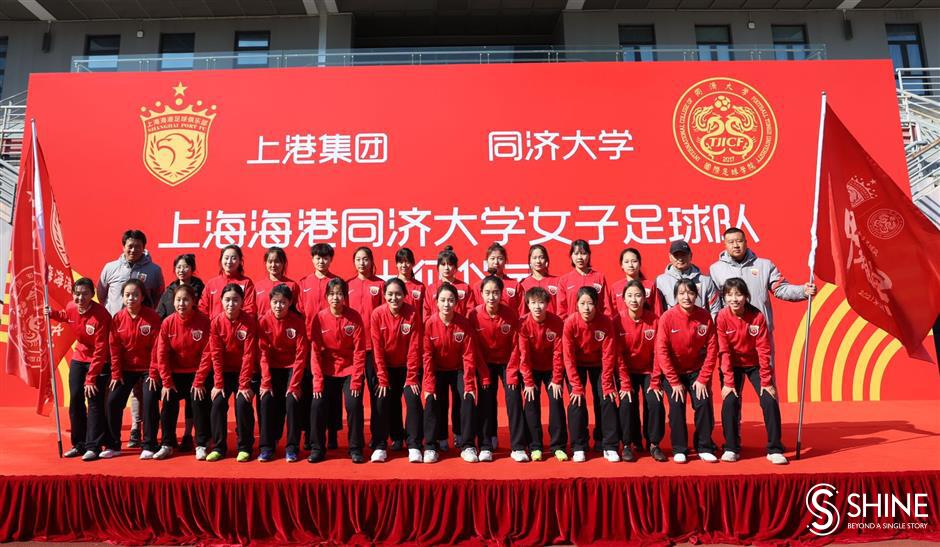 The establishment of the new football team marks the beginning of a collaboration between Chinese Super League club Shanghai Port FC and Tongji University. The two sides will join hands in areas like talent cultivation and sports technology research in the future.

"Though there are only five training courses every week, the players have shown professional attitude during training," said Wu, a former national team player who used to coach Shanghai Port FC's reserve team.

"The players are from the campus, who will need to improve their skills. But as college students, they are all quick learners who can understand match strategies quickly. Generally speaking, they can follow coaches' instructions, though we still have some preparations to do," he added. 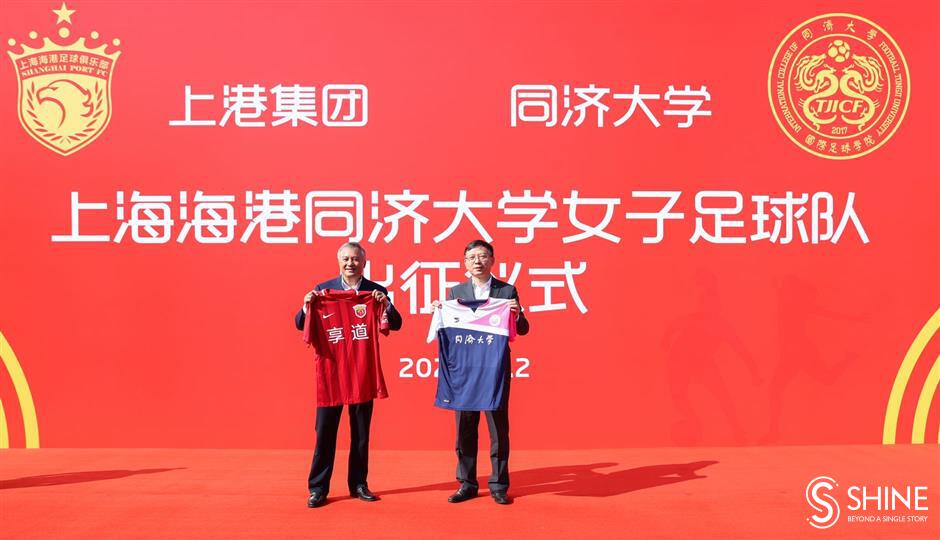 According to Wu, Tongji University will take charge of the team's daily management, while Shanghai Port FC will mainly focus on training and competitions.

The team consists of 24 student players. Some are veteran amateur players who have competed in national-level student competitions, there are also some rookies.

"The coaching team will make plans, adjust players' positions and roles according to their performance during league play," said Wu.

Captain Cao Jiayi said the players have been taking stamina training to get ready for the league.

"Coach Wu has been helping us to find and solve issues through in-team matches. We are excited about the new season," said Cao, who is a big fan of Shanghai Port captain, Brazil playmaker Oscar.