Jenise Spiteri from Malta is going viral in China due to a video of her eating steamed buns with red bean paste. But it's unfair to tag the Californian-born halfpipe snowboarder "the bun eater," as she is a living story of the Olympic spirit: Sticking to your dream no matter what people say until you realize it.

Spiteri didn't take up snowboarding until she was 18 years old. It was a very late start compared with other professional athletes, but it didn't stop her from pursuing her dream.

"It's been a big mental struggle, but I kept finding a reason to keep going and keep trying," she said in an interview with the International Olympic Committee. 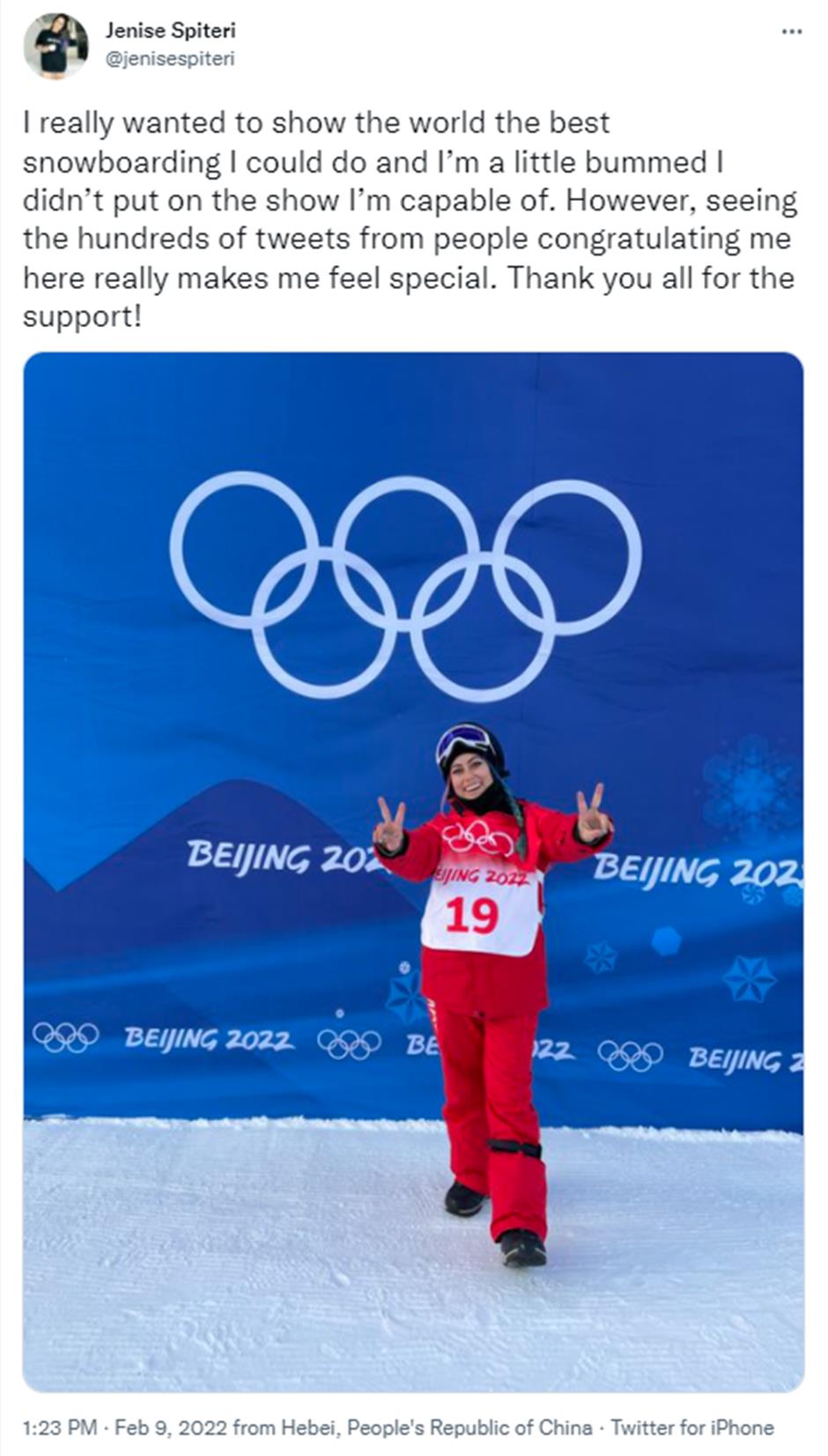 Spiteri didn't take up snowboarding until she was 18 years old.

Spiteri's late grandfather moved to the United States from Malta after World War II. About a decade ago, one of her college friends told her that she could actually represent Malta in the Olympics, and since then it was her single focus in life. Now Spiteri is the country's only athlete in Beijing 2022. 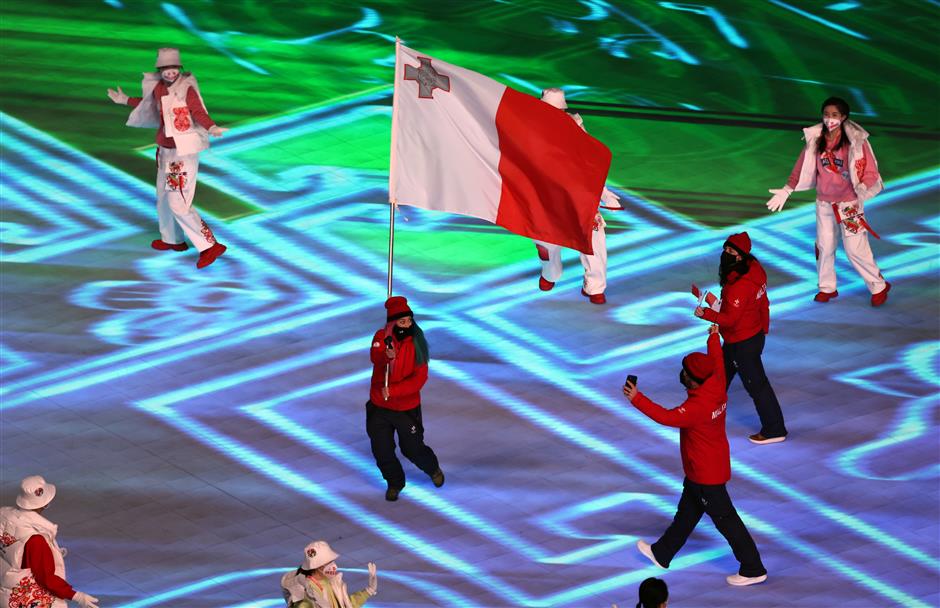 Spiteri is the flag carrier for Malta at the Beijing 2022 opening ceremony.

To save money on training, Spiteri has been living in a van for the past two winters. There's no heater in it and she learned how to survive in extreme cold.

"The first time I woke up I realized my contacts were frozen inside the solution, so I had to blow on them and rub them to melt them out," she said.

Chinese viewers are moved by her experiences and love her fondness for red bean buns.

"It's never too late to make an effort," commented a netizen on WeChat with the screenname Zhantaowan. "Some people may be like 'oh, it's impossible and all the effort would be in vain,' and then just give up. But look at her. Sometimes the course of pursuing your dream is as beautiful as the result you gain, and you'll always be better after you make the effort."

Spiteri has the same mindset.

"I want to show people that no matter where they are in life or what situation they're in, what opportunities they have or don't have, if they have some sort of dream or big goal or idea and stick to it and never let naysayers or the voices in their own heads stop them, they really can achieve anything," she said.