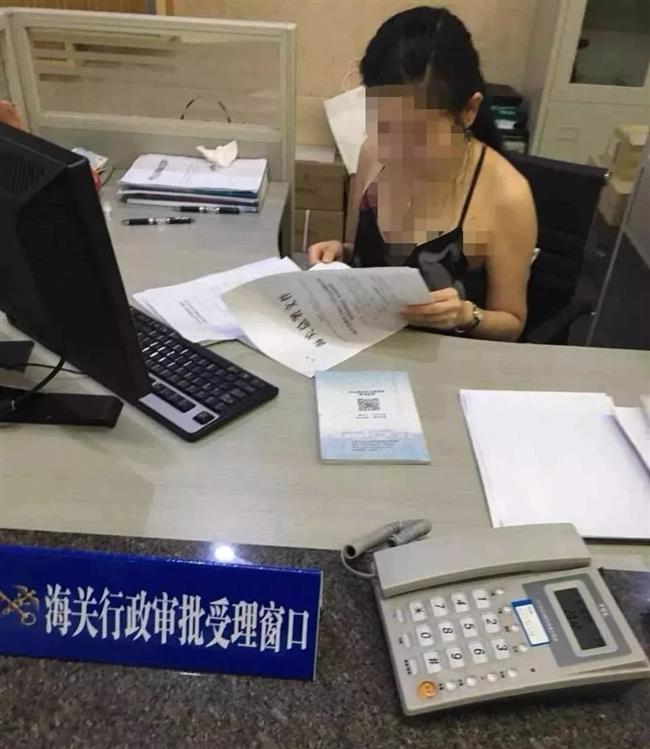 A photo of a female customs officer working at a counter wearing a slip dress has gone viral and triggered online debate, as people.com.cn reported.

A netizen posted the photo while criticizing the woman on Weibo on July 19, suggesting it was improper and unprofessional for the public officer in Fangchenggang of Guangxi Zhuang Autonomous Region to be dressed that way at work.

The netizen said the photo was reposted from a chat group and later replaced the original photo with one blurring the woman's face under pressure from other netizens.

According to the report, the female officer had already signed off before she sat down again to deal with a case that popped up when she was leaving.

As can be expected, netizens' opinions were split. Some said she should have put on her uniform before she began to deal with the case or finished her tasks before leaving. Others, however, felt that since she had already clocked out, any work after that time was out of her own desire to help on an urgent case — because of the public uproar, they said, other customs officers may not be willing to go above and beyond in the future.

One netizen commented that it was quite hasty to post the photo online before learning the full facts.