Tesla appears to have plenty of momentum after meteoric 2020 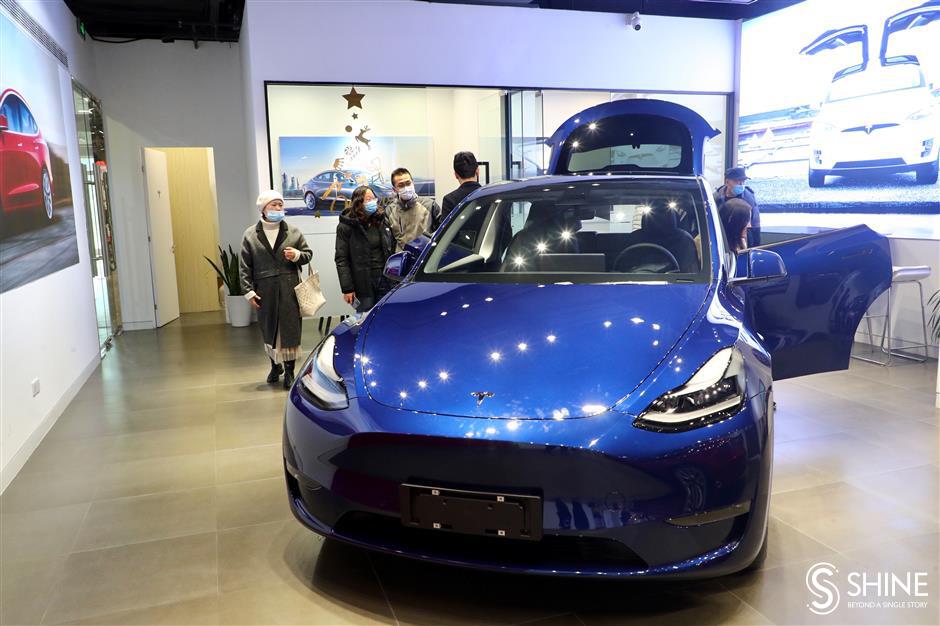 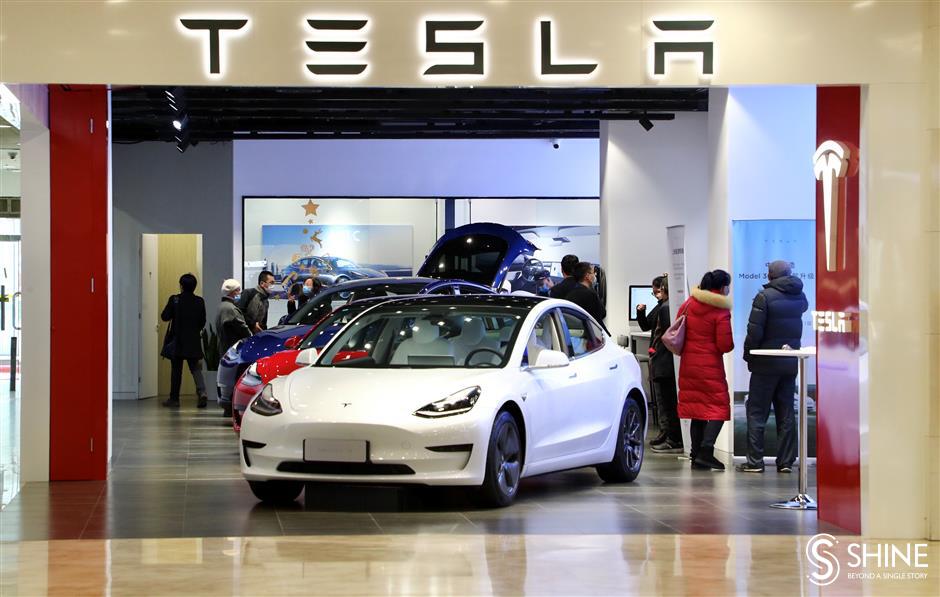 People check out Tesla cars at one of its showrooms in Shanghai on January 4, 2020.

After shares rocketed higher in 2020 on surging auto deliveries, Tesla enters 2021 with plenty of momentum even as its vision of taking electric cars mainstream remains a way off.

The auto industry disruptor led by Elon Musk wowed Wall Street yet again over the weekend, reporting annual car deliveries of 499,550, just shy of its 2020 target of half a million, but well above analyst estimates.

The disclosure capped a year that saw Tesla report a series of profitable quarters and join the S&P 500, establishing the company as one of the world's most valuable businesses and elevating Musk to the second-wealthiest person behind Amazon CEO Jeff Bezos.

Shares were higher again on Monday, finishing with a gain of 3.4 percent at US$729.77, after the stock engineered a more than 700 percent ascendance in 2020.

The company's market capitalization of nearly US$700 billion means it is worth more than General Motors, Ford, Toyota, Honda, Fiat Chrysler and Volkswagen combined.

Tesla watchers do not think Musk will be able to match that kind of valuation surge in 2021, but expect continued progress as the carmaker adds production capacity and pushes the envelope on new technologies, including autonomous autos.

"In 2020 Tesla had a really unprecedented streak of positive developments, positive news flow in the story," said CFRA Research analyst Garrett Nelson, who is bullish on Tesla, but has a hold on the stock and a 12-month target of US$750 a share.

"Now we're getting to a point where it's hard to identify what the next positive might be."

Still unaffordable to many

The surge reflects optimism as construction continues on new Tesla factories in Texas and Germany, which will join existing plants in California and Shanghai that are ramping up production.

The transition into 2021 will prove to be "a major inflection of EV (electric vehicle) demand globally," with the technology hitting 10 percent of global cars in 2025 compared with 3 percent now, Ives said.

"We believe that the China growth story is worth at least US$100 per share in a bull case to Tesla as this EV penetration is set to ramp significantly over the next 12 to 18 months."

There are also reasons to expect greater uptake of electric cars in the United States as President-elect Joe Biden has pledged to build 500,000 electric vehicle charging stations as part of his campaign to address climate change.

Musk has expressed determination to cut the price for Tesla's electric cars, which currently start at US$37,990 in the US market.

The Tesla chief is developing battery design, material and production innovations that combine to cut the cost per kilowatt hours by 56 percent.

That should enable Tesla to field a US$25,000 model in "three years-ish," Musk said in September, adding, "it is absolutely critical that we make cars that people can actually afford."

Share prices tend to reflect bets on the future, and Tesla's pole-position on electric autos and other technologies have been the source of its rise.

Still, some analysts believe shares have soared to unrealistic levels.

"Tesla's performance in 2020 was impressive, but not as impressive as the increase in its shares, which we continue to believe are overvalued," said a note from JPMorgan Chase, which has an "underweight" on the equity.