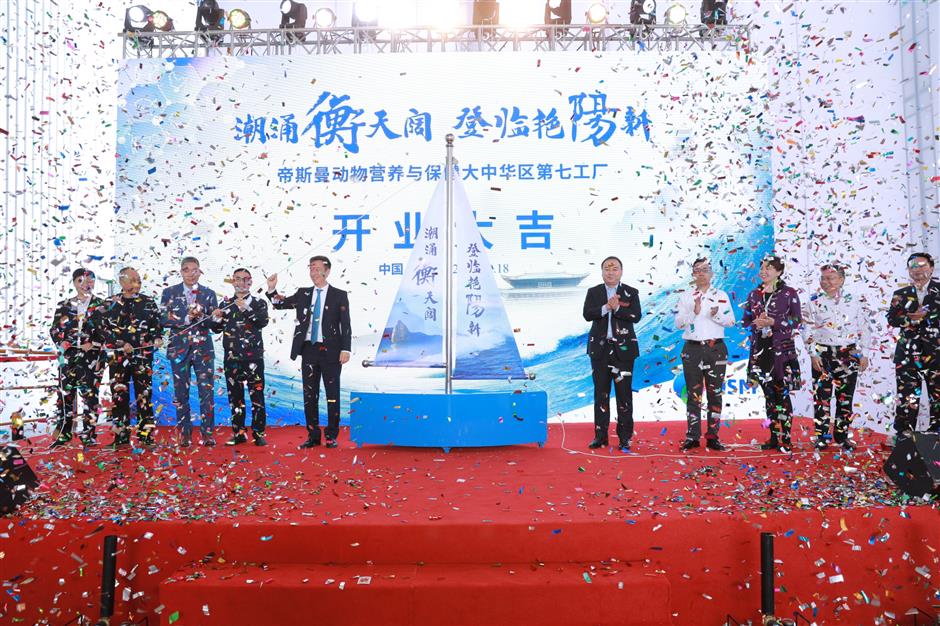 DSM officials celebrate the opening of a premix plant in Hengyang.

The facility also brings together the company’s advanced processes and innovative solutions to promote sustainable animal protein production in the Chinese market,

“The opening of our new Hengyang site is a vote of confidence for DSM’s long-term vision for the country,” said Joe Zhou, DSM China’s president.

DSM also launched the DSM Vitamins Academy at the opening ceremony. The academy will serve as a platform to educate the market and share the latest scientific research and practices with players across the animal feed and husbandry value chain, it said.

DSM is a global, scientifically oriented company particularly active in the areas of nutrition, health and sustainable living. It employs more than 23,000 people and generates annual net sales of around 10 billion euros (US$11.8 billion).