City forges ahead with stable development 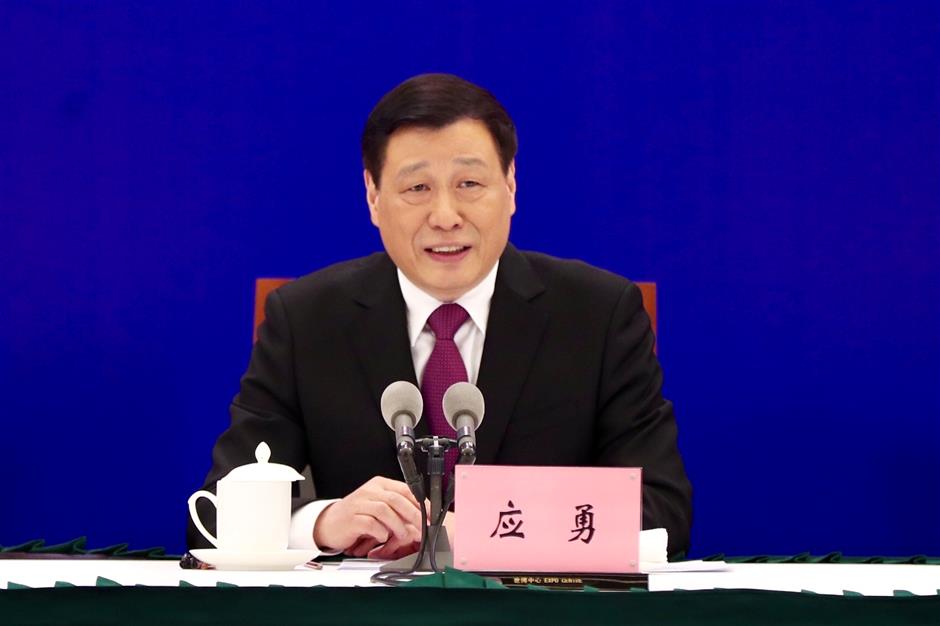 Shanghai Mayor Ying Yong elaborates on the city’s major tasks and development prospects at a press conference Thursday at the conclusion of the annual plenary session of the Shanghai People’s Congress.

Shanghai remains confident it can achieve an annual GDP growth of between 6 and 6.5 percent but is prepared to tackle challenges ahead, the city’s Mayor Ying Yong told a press conference at the conclusion of the annual plenary session of the Shanghai People’s Congress.

“Shanghai’s economic basics remain positive,” Ying said. “We shall forge ahead with supply-side reform to ensure healthy and stable development.”

Shanghai will concentrate on the three major tasks designated by the central government: Seeing through the expansion of the local free trade zone, the launch of the technology innovation board, and the integrated development of the Yangtze River Delta region.

The National Development and Reform Commission is drawing up a policy plan for the integrated development of the Yangtze River Delta region, which also includes a pilot zone to demonstrate development synergies in the area.

“The pilot demonstration zone is expected to implement new reform measures as well as new development ideas,” he said. “It would also be a space to promote coordinated environmental protection efforts.”

Shanghai will continue to raise pensions, as well as the minimum wage and subsistence allowance to ensure all people share in the city’s growing prosperity. The government will focus on the key links in long-term care insurance, which covered more than 5.6 million senior citizens last year. These include beneficiary selection and the delivery of nursery care.

Shanghai will also host the second China International Import Expo, which is expected to occupy a larger exhibition space. Some 500 companies from more than 40 countries and regions have confirmed they will attend 2019 CIIE.

Shanghai will focus future cooperation with Hong Kong on finance, technology, culture and youth development and learn from Hong Kong’s experiences in developing financial services and human resources. Ying said Hong Kong Culture Week will be held in Shanghai in November, and HK Chief Executive Carrie Lam will be invited to visit.

Ying also said the government will devote more resources to the development of suburban districts and rural areas.

Building Shanghai’s business environment is also among the city’s priorities.

Plans are being drafted to resolve leftover issues, and learn from international best practices how to make business license registration more efficient.

Shanghai will also stick to the bottom line of ruling out financial risks and ensuring financial safety as the city strives to become an international financial center by 2020.

Based on the successes of the government’s “one-stop portal” for public services, the government will focus on the consolidation of public data for the purpose of better sharing. It will gradually move all government IT systems “onto the cloud.”

The government will formulate a regulation on the publication and management of public data, and reinvent the processes and procedures both within and across government departments. Some of those will be quite “revolutionary,” Ying said.

“We hope both the amount of time and material required for online administrative approval can be reduced by 50 percent,” he said.

“When companies and residents are dealing with the government, we hope it could be as pleasant and as easy as online shopping.”

Regarding the domestic garbage management regulations that were adopted by the city’s legislators, Ying said it gave a great boost to waste sorting and management.

“We will accelerate our efforts to further combine waste recycling with the collection and transportation of waste, increase the effort to separate rain water and sewage pipelines in residential complexes and build more end-of-pipe facilities to handle waste,” he added.