Shanghai has issued a scheme clarifying the positioning and goals of the Hongqiao Central Business District to achieve coordinated development of the 151.4-square-kilometer business district.

The Hongqiao CBD is targeted to become an important engine driving high-quality development of the regional economy by 2022, and to be an international open hub by 2025, according to the scheme.

An outline of the Yangtze River Delta region's integrated development plan approved by the Politburo in May has defined the new position of the Hongqiao CBD.

According to the outline, the district will be built as an international open hub, an international CBD, a new platform for the international trade, which can better serve China's overall development and help connect the Yangtze River Delta with the world.

In accordance with the outline, the standing committee of the CPC Shanghai Municipal Committee then deliberated on the further development of the district, and released the scheme on Wednesday, making clear overall requirements, major measures, and safeguards and regulations.

Measures are mainly aimed at four aspects: to build a first-class international central business district, to serve as a new platform for the open and sharing international trade center, to strengthen its function as an open hub, and to create a world's leading business ecological environment. 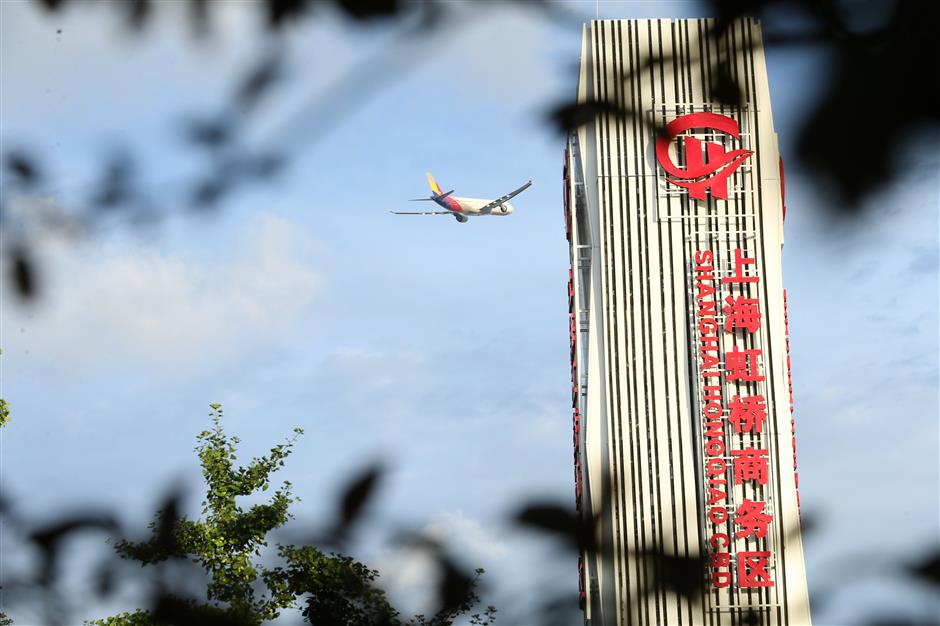 "We will promote the coordinated development of the Hongqiao Business District and the new expansion area, covering a total area of 151.4 square kilometers, and further coordinate the development of industrial functions, transport infrastructure, construction standards and policy management," according to authorities.

Meanwhile, a number of new technologies, products and services will be launched and applied in the Hongqiao CBD. Great importance will be attached to industries such as artificial intelligence, the Internet of Things, satellite positioning, big data, aviation services, science and technology services, big health care and green finance.

Hongqiao will also develop a batch of direct selling platforms for Belt and Road regions, as well as national commodity trading centers, professional trading platforms and cross-border e-commerce platforms. It will cultivate a number of integrated traders, accelerate the construction of the Hongqiao Import Commodity Exhibition and Trading Center and the type-B bonded logistics center, and create an international trade corridor in the Yangtze River Delta.

The district is further emphasizing its role to serve and blend into the integrated development strategy of the Yangtze River Delta.