Where you buy, what you buy, how you buy. Welcome to the trendy 20s!

The retail realm is awash with buzzwords: pop-up stores, convergence, China-focus merchandise, online influencers, the shopping experience. Amid all the jargon lie the trends that point to where consumers are heading and how retailers are responding. So what’s ahead in 2020?

Previously separate segments of the retail industry are converging, and that trend is expected to continue in the new year.

One of the more recent and perhaps more unusual liaisons is between food and fashion.

The Golden Lunch Bag resembles the standard McDonald’s brown takeout paper bag. It is imprinted with the logos of both partners and costs 99 yuan (US$14). A more upmarket version, the Golden Picnic Basket, is a limited-edition, all-black hamper priced at 5,888 yuan. It’s lined with sheepskin and Lugano leather detailing, topped by a silver “a” logo plate and a co-branded leather tag on the handle. It’s the ultimate way to take away your dinner.

Another recent tie-up between KFC and Sandalboyz sells T-shirts, hoodies, shorts and socks at a pop-up store in Jakarta. Can the trend be far off for China?

McDonald’s is no stranger to tapping other industries in its marketing strategy. It has long included toys related to hit movies and animation works in its merchandising strategy.

Local and overseas snack producers are also offering limited-edition gimmicks through partnerships with Chinese cultural icons, such as the Palace Museum in Beijing.

Sports and leisure apparel merchants are working with cartoon figures and long-standing pop culture works such as “Star Wars” or Pokemon figures. 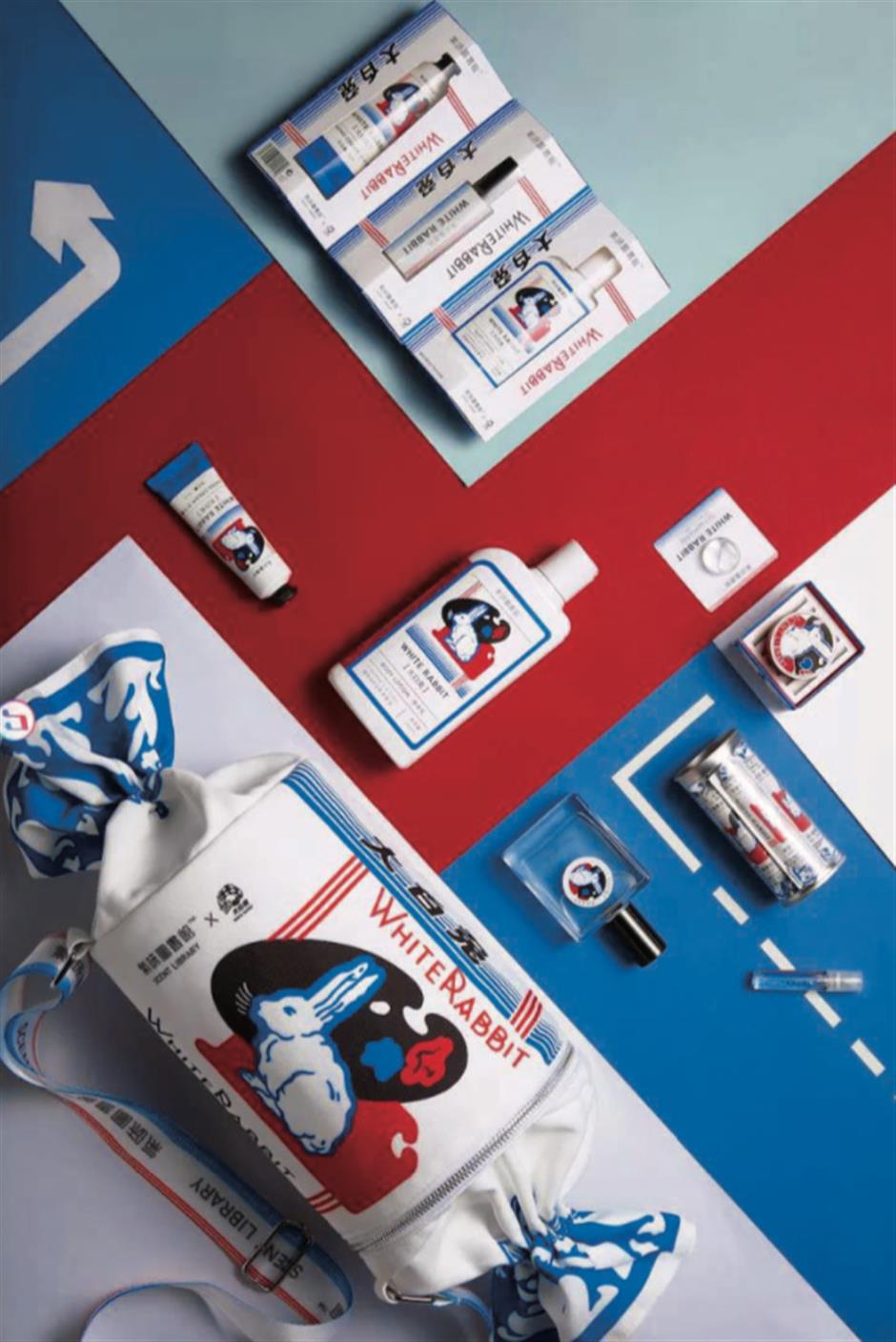 A new group of people, called “online influencers,” are playing a higher-profile role in sales through live-streaming. The business models of marketing and media agencies are quickly latching on to the trend.

It works like this. People who create popular online content and develop large viewership are enlisted to promote brands on their sites.

There are risks, of course. Inappropriate endorsements, lack of transparency and fake followers all damage the credibility of the “influencers” and the brands that use them, said Coolio Yang, chief executive officer of Kantar's Media Division in China.

“In the next year, influencer marketing will become more mature, with brands starting to take measurement more seriously, to include strategic metrics such as brand and sales impact instead of simply looking at the number of likes or viewership,” he said.

By combining former WPP’s agencies MEC and Maxus, Wavemaker now manages over US$13 billion of media investments, with major clients like Huawei, Chanel and China UnionPay.

“As Chinese consumers tend to be more open-minded instead of staying loyal to one particular brand, it's increasingly important to evaluate different media platforms and how they could better help brands interact with consumers,” said Domlija.

The emergence of smaller digital platforms outside of traditional giants Baidu, Tencent and Alibaba also increasingly figure in online sales. The likes of Xiaohongshu, Douban and Bilibili and other lesser players have captured an estimated one-third of digital engagement. That is requiring brands to have broader view of platforms that can help them expand business, he noted.

Courting consumers in a changing landscape

The advent of “new retail” in recent years has merchants no longer defining themselves as pure online or offline players. They are now being forced to woo both audiences.

Retailers that fail to focus on the diversification of shopping channels are finding the consumer market more grueling than ever. One of the casualties is Gap's Old Navy brand, which is ending its presence in China in early 2020.

Its first store on Nanjing Road W. closed last summer following sluggish performance compared with other apparel brands, such as Uniqlo, Zara and H&M. Observers said Gap was too slow in responding to a new breed of consumers and lagged behind rivals in establishing an online presence.

After its hectic debut in China last August, the jury is out on how well US retailer Costco will fare in the coming year. Costco is based on membership, but it will need to convince shoppers that membership fees are worth it. 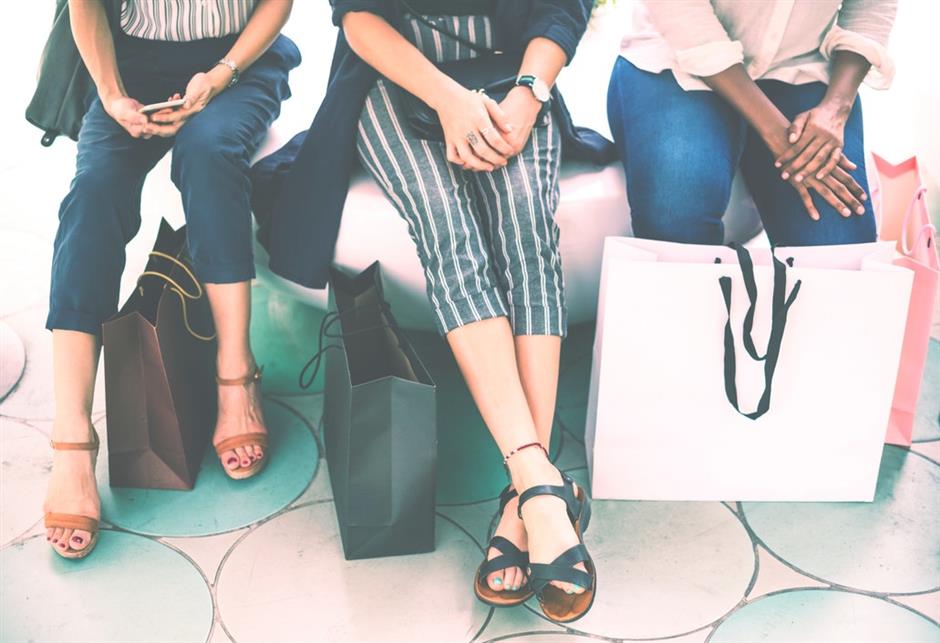 Sophia Wang, a consultant with China Insights Consultancy, an independent market researcher, said she expects Costco will encounter difficulties establishing a smooth, efficient supply chain with only one outlet in China at the moment.

“Building an efficient local supply and maintaining that price advantage is crucial for its future development,” she said of the company.

Retailers, both online and off, are also expected to invest more in their own private labels to cut the cost of basic daily necessities such as kitchen wipes or home hygiene products.

But building a private label is a costly process, said Alex Reuts, senior director and head of private brand business at Daymon China.

According to a joint research by Daymon and Kantar Worldpanel, as many as 39 percent of Chinese shoppers have purchased private brands, and 94 percent of the remaining 61 percent said they are open to trying them in the future.

Daymon estimates that sales of private labels currently account for less than 1 percent of retail sales. That proportion is gradually rising as it finds favor with price-sensitive buyers.

New business models, new product lines and even brand names are moving to narrow their focus to Chinese shoppers only.

The past practice of simply moving import brands from overseas markets to China is eroding.

Avon said it plans to expand its Avon New York skincare product line, which focuses solely on younger Chinese consumers. The line was launched last May.

The company said it plans to expand to more stores in lower-tier cities, especially in beauty shops. It also said it will unveil more than five new product lines tailor-made for China in the next year.

Digital players are moving up the value chain by better connecting suppliers and consumers, especially in the fresh food segment.

Alibaba's fresh food and grocery market Hema is working with SinoChem Agricultural and strawberry sites in 14 cities to bring the berries directly to Hema stores.

Retailers are paying increased attention to how products are packaged and managed until they are delivered to the consumer’s doorstep.

Some has started turning to radio-frequency identification chips to identify which products are selling more frequently and to track the delivery of products.