A more equitable deal for all dominates policy in 2020

Fairness and equality have become watchwords as China embarks on a new year following decades of dramatic progress.

Center stage is the nation’s new Foreign Investment Law, which takes effect tomorrow. It will offer broader market access to foreign investors and put them on a more equal footing with domestic players.

The law embodies China’s resolve to continue to reform and modernize its laws to reflect the changing global economy, according to Z. Alex Zhang, a partner in international law firm White & Case. 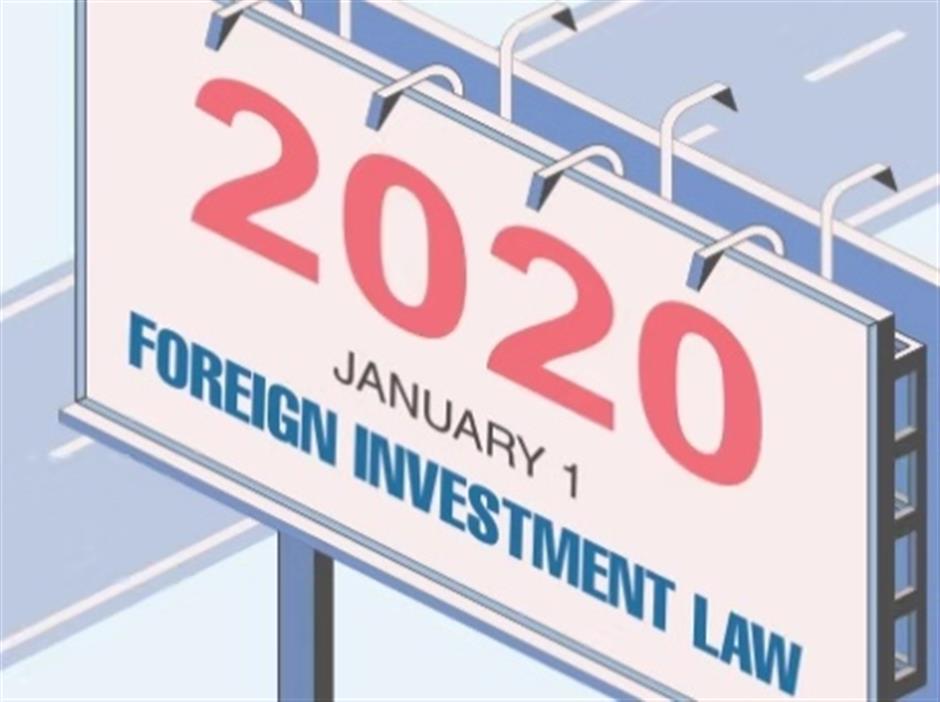 The law was passed last March at the annual session of the National People’s Congress, aimed at unifying and streamlining the foreign investment framework in China. A draft of the law was circulated several months ago for comment.

Foreign investors can expect an even more transparent and equal investment environment in China, Lau added.

The law, at least on paper, has generally drawn praise from foreign business groups that have been clamoring for more access and equal treatment. But it also raised concerns about specific implementation.

Looking at a draft of the new law earlier this year, Joerg Wuttke, president of the European Union Chamber of Commerce in China, told reporters that it was “surprisingly accommodating” in terms of pressure on foreign companies to transfer technology in order to do business in China, and in terms of providing better protection for trade secrets, according to a report on the US financial news network CNBC.

Jake Parker, senior vice president of the US-China Business Council, generally praised the draft document but said it was vague on issues such as communication between government agencies and foreign players and vague in language that refers to “national interests” and “social public interests.”

The new law is part of a wider attempt to ensure more equality across all segments of the economy and social life.

“China is in pursuit of a growth model focusing more on quality,” Shen Kaiyan, director of the economics institution at the Shanghai Academy of Social Sciences, told a recent forum themed on fair wealth and hosted in the city by the SASS and the Fudan University. “Fairness should be the top assessment of quality.”

Huang Jun, chief economist for China at Forex.com, said China needs to continue to encourage the demand side of the economy after years of supply-side reforms. The whole system needs to include fairer distribution of wealth, he added. The government has set a goal of achieving national percapita gross domestic product of US$3,000. Its growth target for 2020 will be unveiled in March.

“We need to continue improving the business environment next year to consolidate the pace of growth at a time full of uncertainties,” Huang said. Lu Xiongwen, dean of Fudan University’s School of Management, said that a more transparent administrative system — such as a sound legal network for all investors — is an effective way to safeguard fairness. “It would help China better integrate into the global economy and cope with various internal and external challenges,” Lu said.

Beyond the economy, the government is also seeking to make everyday life fairer. It is relying on new technologies to iron out discrepancies at the grassroots level to ensure that no one gets left behind as the nation powers ahead.