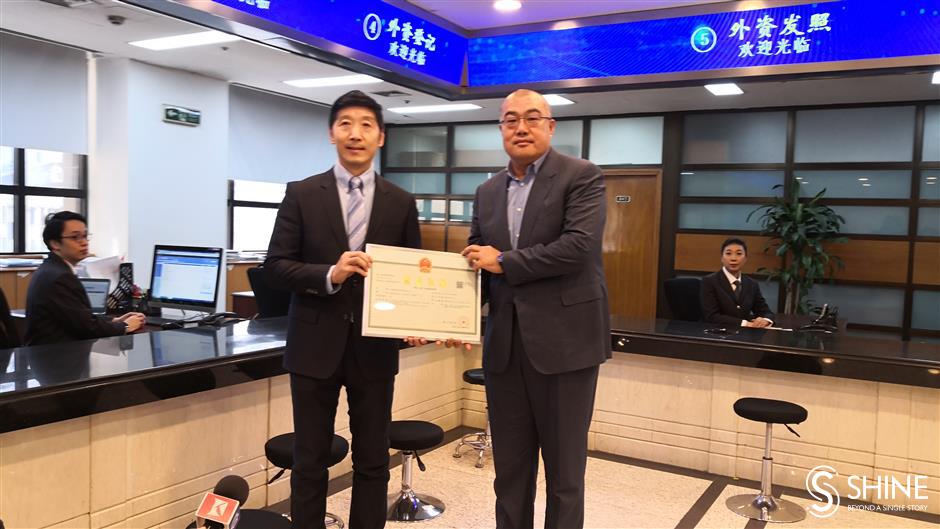 Chen Xuejun (left), director of the Shanghai Administration for Market Regulation, grants the certificate to a company representative.

Shanghai's market authorities granted their first business license to a foreign-invested enterprise funded by a Chinese individual on Wednesday, when the country's new Foreign Investment Law went into effect.

The law allows Chinese "natural persons" to fund and establish foreign-invested enterprises as domestic investors for the first time, the Shanghai Administration for Market Regulation said. In legal terminology, natural persons are simply individuals or private persons, as opposed to artificial entities like corporations or partnership entities.

In the past, Chinese natural persons were not included as a Chinese investor category of foreign-funded enterprises, blocking their ability to become shareholders in foreign-funded company directly, the administration said.

"Chinese natural persons needed to set up a domestically funded company first, and then establish a foreign-funded enterprise with the cooperation of a foreign business," said Ni Jiahui, director of the Changning District Administration for Market Regulation.

"The law gives legal guarantee for individuals to make investment in foreign-funded enterprise directly as domestic investors," she said.

"I originally expected to receive the license in late January, and it was a surprising delight to get it on the first day of the new year, which signifies a good start to 2020," said Xu Jin, deputy general manager of the company. He established and invested in the company with a friend from the United States.

"We can conduct business nearly one month ahead of schedule, which is very good news to secure market share," he said.

Shanghai has more than 91,000 foreign-funded enterprises, with combined registered capital of over US$640 billion.

"Shanghai is an international metropolis and the law will add fuel to the creation of an international, regulated and convenient business environment for enterprises in the city," said Chen. 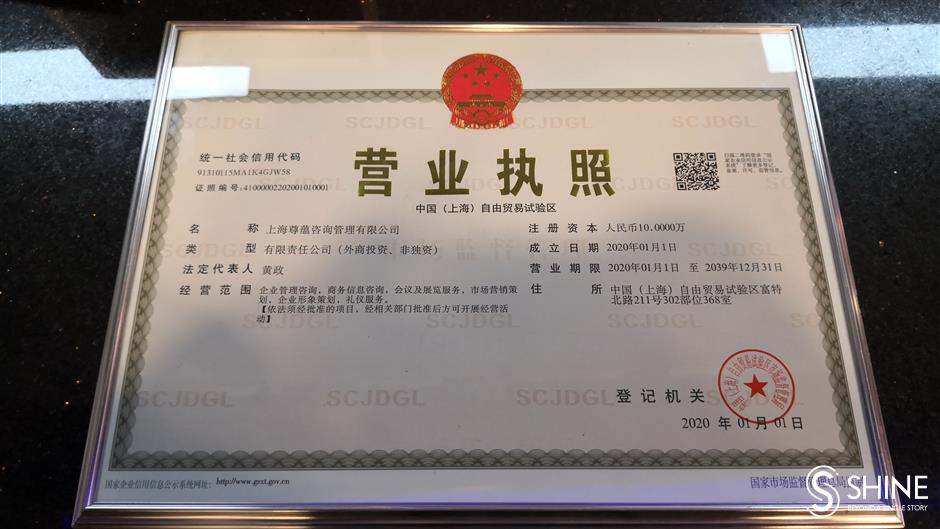