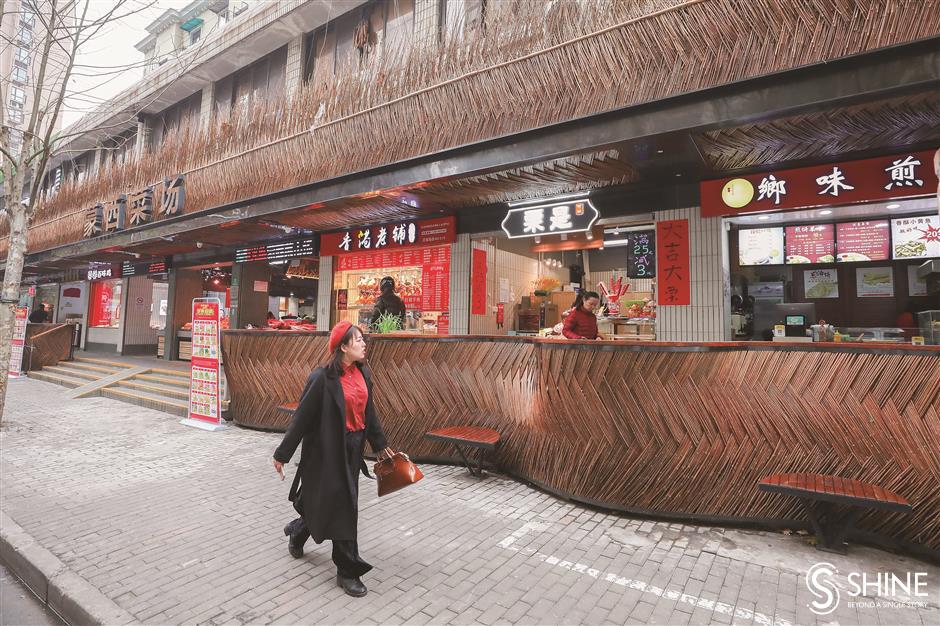 The Mengxi vegetable market in Huangpu District uses wild bamboo strips as an ornamental design and displays its vegetables in arrays designed to whet the appetite.

For generations, fresh vegetables, meat and seafood bought daily in neighborhood wet markets have been the basis of good home cooking. But those markets have come under threat from online markets such as Tmall and Hema that deliver fresh vegetables to the door and from a time-strapped generation that prefers takeaways to cooking.

To survive, wet markets have had to adopt to changing times. They are shedding their past image of dingy, unhygienic places by overhauling environments to create airy, clean spaces with foodstuffs artfully displayed. Food courts selling snacks are also being added.

The Mengxi vegetable market in Huangpu District revamped its décor, using wild bamboo strips as an ornamental hedge, and displays its vegetables in arrays designed to whet the appetite.

At Taikang Market, seafood containers no longer spill water and create muddy footpaths. Three cleaners work from 6am to 8pm sweeping the market floors and picking up refuse.

Julu management caters to its vendors as well as customers. Each of its markets provides a room where vendors can microwave meals and eat in privacy.

The emphasis on hygiene is especially important after the recent outbreak of a respiratory illness that has killed three people and infected nearly 200 in the city of Wuhan. It is believed to have started in a seafood wet market.

Officials in Shanghai say a similar outbreak is unlikely in its wet markets, which are subject to tight scrutiny.

“Every morning at 8am, supervisors in each market randomly take sample vegetables and immediately test them for pesticide residues and quality,” said Tang Jinlin, a manager at the Taikang Market.

Improved market environments and management come at a price.

Stallholders are facing higher rents. A vendor surnamed Xu at Taikang Market told Shanghai Daily the higher rent is reasonable because it’s still cheaper than renting a shop. Since the market’s reconstruction, rents have risen a few hundred yuan to 3,000 yuan (US$433) a month. The lease on a shop could cost tens of thousands of yuan.

However, other vendors are uncertain whether their sales will keep pace with increased rents. “The peak season has yet to come, so I don’t know how this market will fare,” said a vendor surnamed Liu at the Zhenru-Gaoling Market in Putuo District. “If traffic in March maintains the current pace, then maybe this market will be successful.” 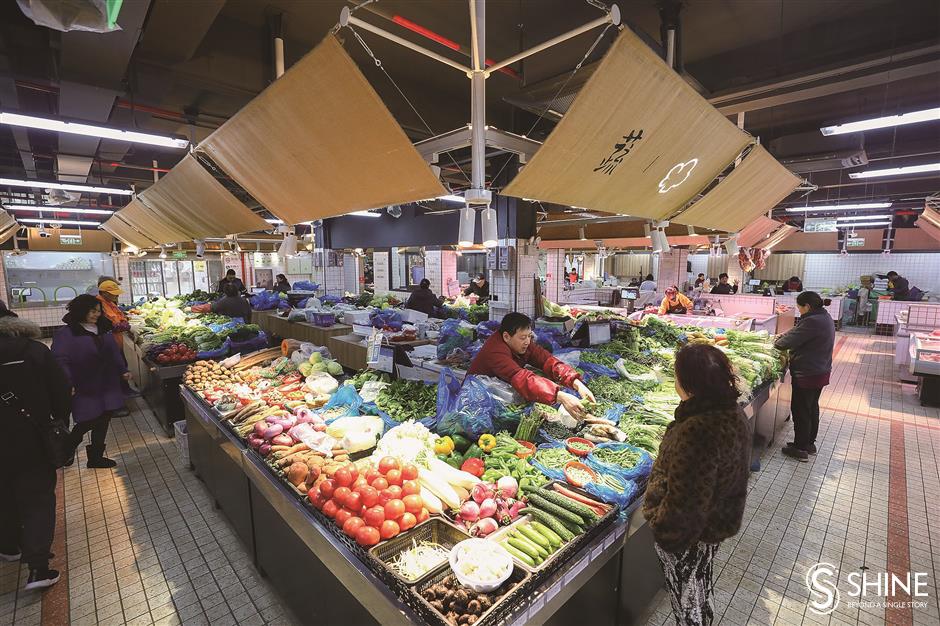 The Yongnian Market offers vegetables in orderly display, replacing the often higgledy-piggledy piles of vegetables once so common in wet markets.

Vendors seem to understand the challenge they face: Fewer people coming to buy vegetables, pressure to raise prices and uncertainty whether market facelifts will give them a longstanding boost in trade.

“I think customers are willing to pay more money if the quality of vegetables is high and a market is clean,” said vendor Xu. “At the end of a day, unsold vegetables are disposed of instead of putting them back up for sale the next day,” said vendor Liu. “Even if I wanted to put them back the next day, they wouldn’t sell because customers are discerning and could see other stall offerings that are fresh on the day.”

Wet market shopper Wang, buying cabbage at Taikang Market, told Shanghai Daily that the price is actually cheaper now than before the market was overhauled.

That perception is supported by a Shanghai municipal policy. Every day, markets provide five vegetable varieties with prices lower than average, and the list of those vegetables is hung above the stalls. The government pays up to 300 yuan a day as a subsidy to vendors selling cheaper vegetables and meat.

Zhenru-Gaoling Market has introduced some well-established snacks to its food court, including popular brands such as Xiaoshaoxing, Dahuchun and Gongdelin.

Grandma Geng Yulin, who lives close to ZhengruGaoling Market, said, “The prices are higher indeed, but this is the nearest market for me, so I don’t mind paying more. And there are lots of Shanghai traditional snacks here, so I come every day to try different snacks. It’s quite fun.”

Location is a deciding factor in the success of a market. For example, Yongnian Market suffers from its proximity to a wholesale vegetable area on Shunchang Road, where vendors in grubbier and less-regulated quarters sell at cheaper prices.

By contrast, Mengxi Market is still bustling, even during the usually slack lunchtime period. One reason: Mengxi is surrounded by a cluster of modern communities and there are no similar markets in the vicinity.

The long-term health of what have come to be dubbed “new vegetable markets” is uncertain. Market managers who want to stay on top of the game need to constantly assess the needs of consumers and vendors if they hope to succeed. 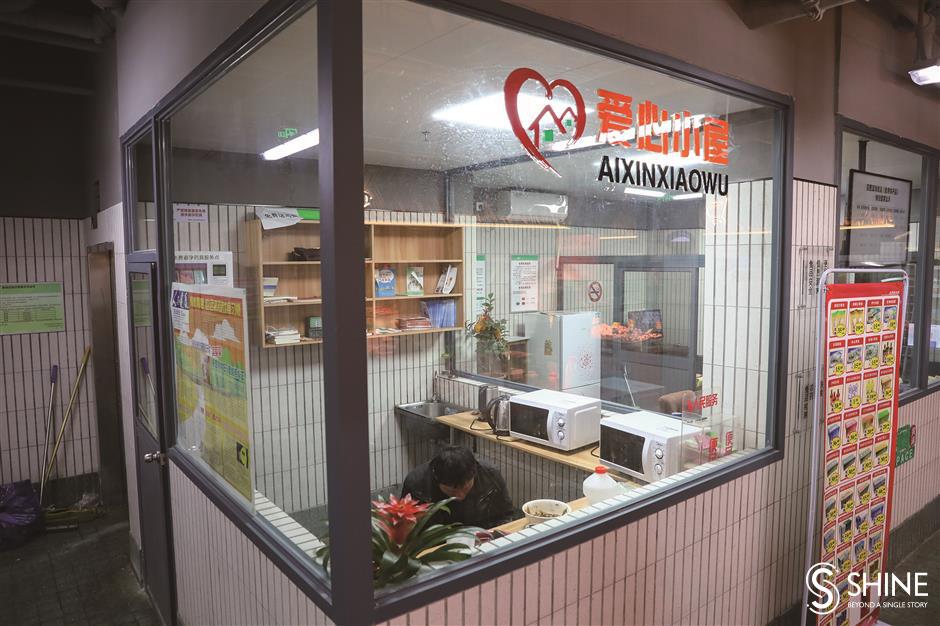 The overhaul of the markets caters to vendors as well as customers. Each of its markets provides a room where vendors can microwave meals and eat in privacy. 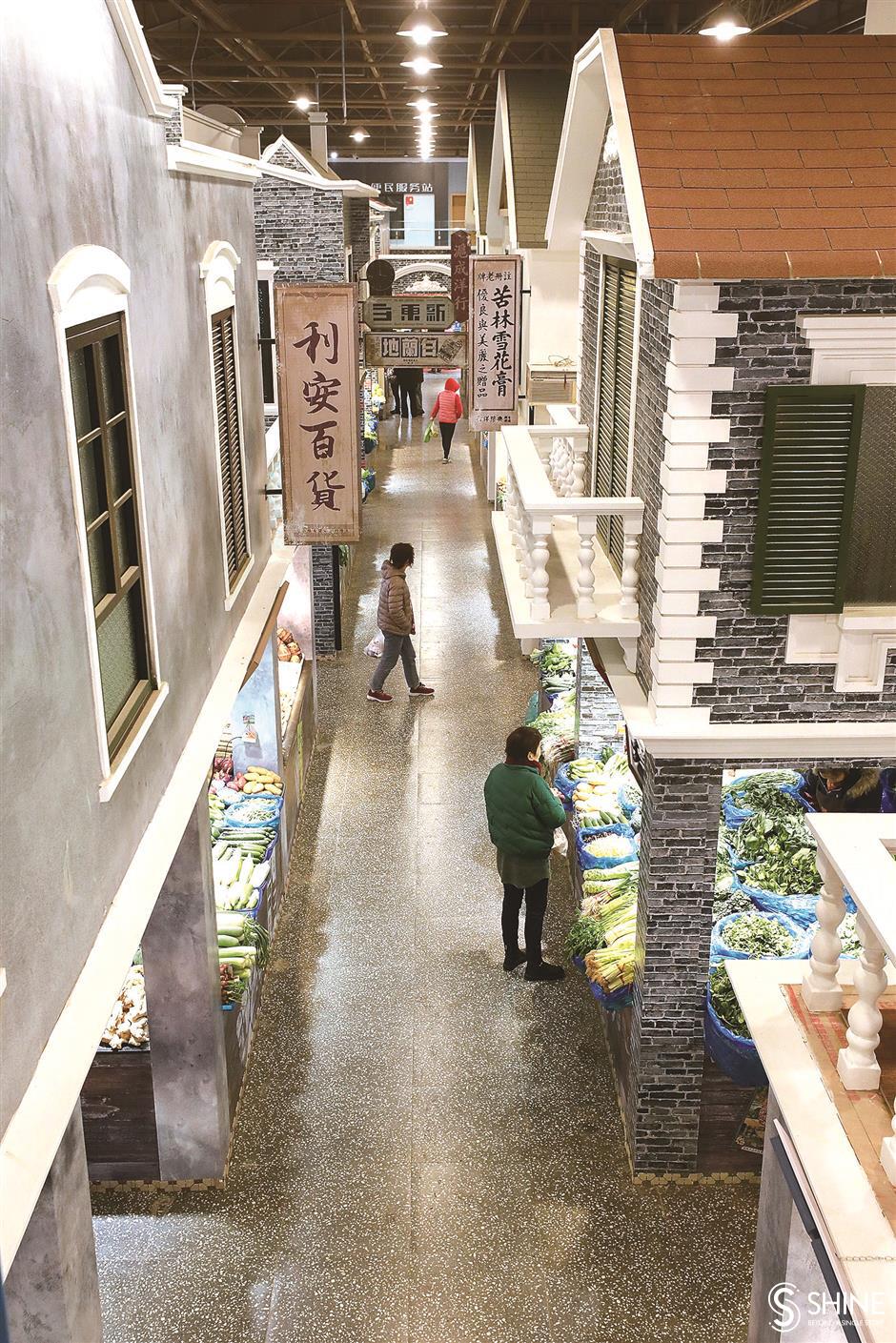 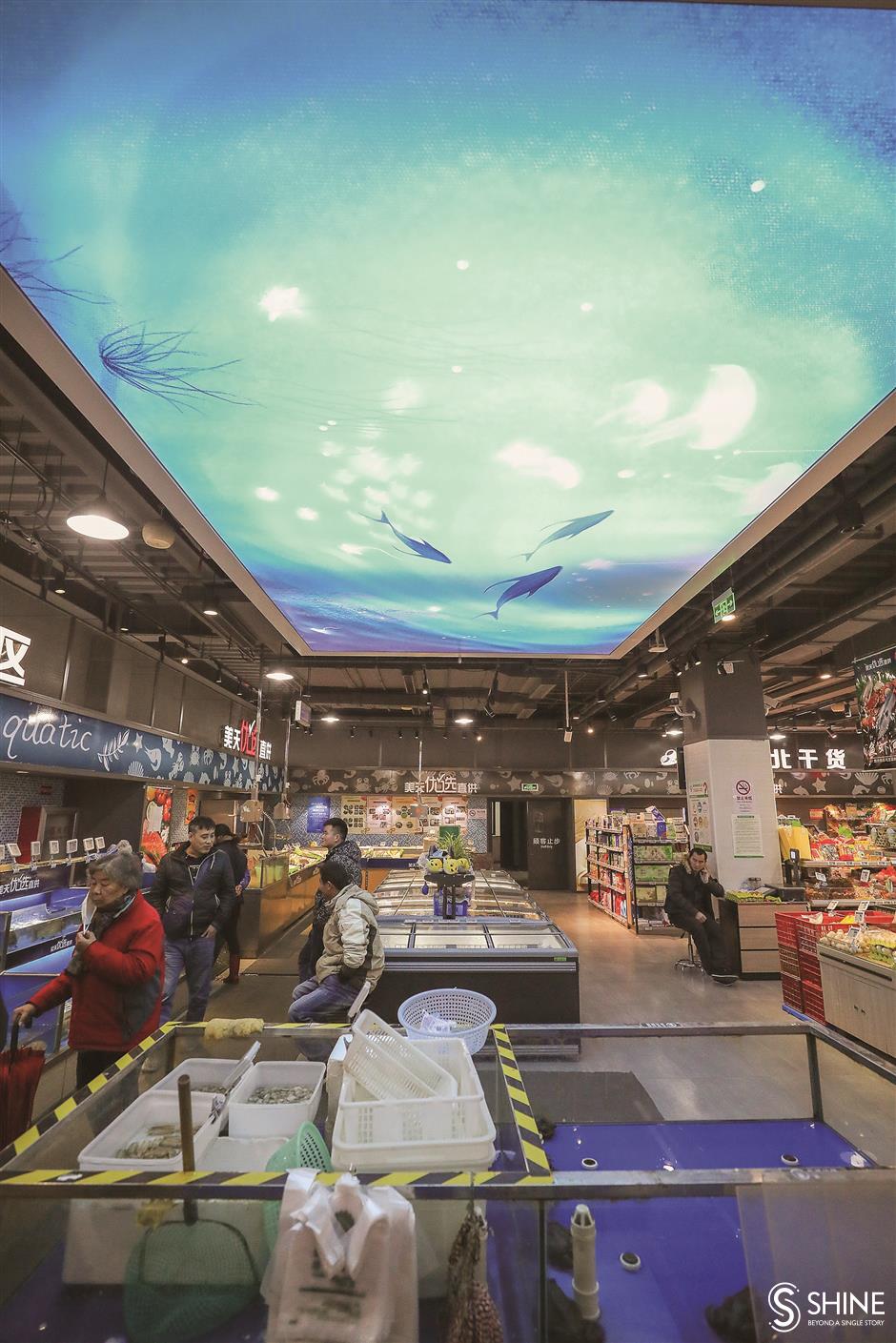 The Anshun Road Market installs eye-catching ceiling décor and water tanks that no longer spill water all over walkways. The emphasis is on hygiene after the recent outbreak of a respiratory illness in Wuhan that started in a seafood market. 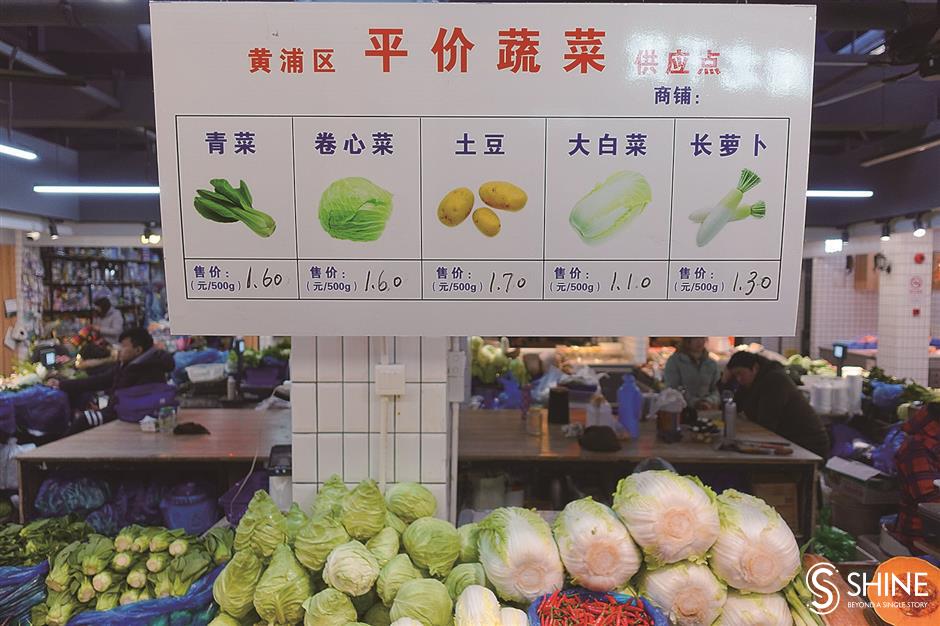 A list of cheaper vegetables hangs above a stall at Taikang Market. Every day, vendors provide five vegetable varieties with prices lower than average, supported by municipal subsidies. 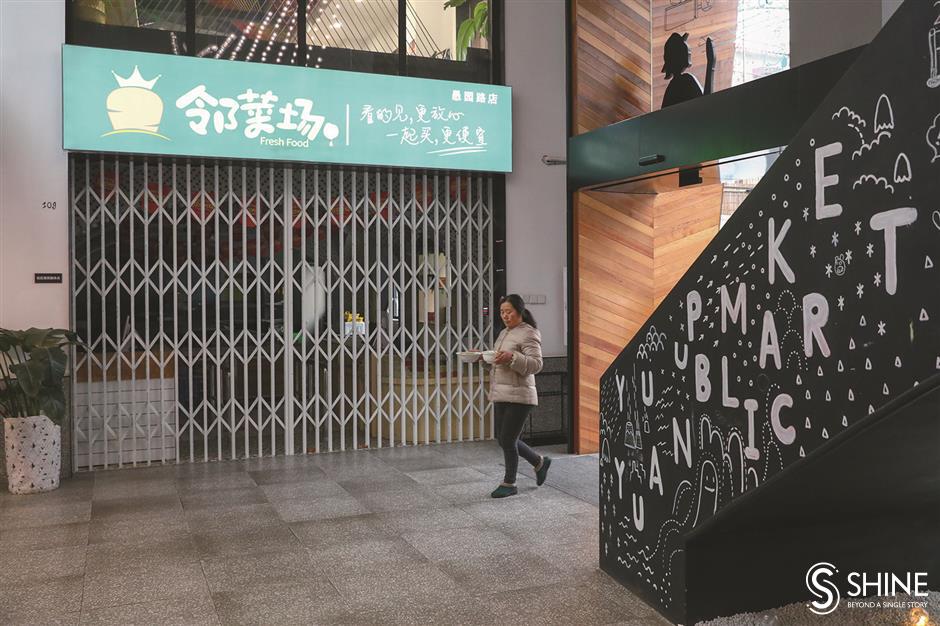 Not every renovated market is a success story. The Yuyuan Public Market, which became popular online after a facelift last February, closed after local residents complained it was better for photo-taking than daily shopping.