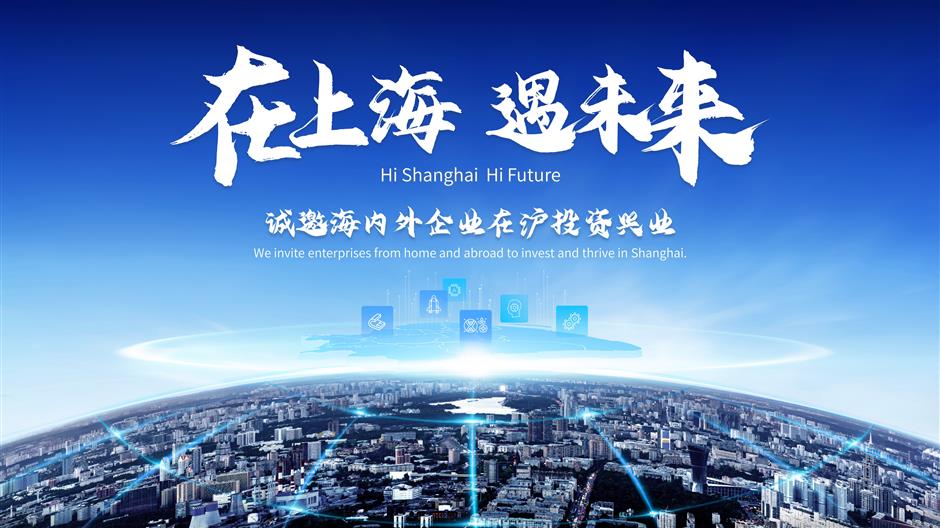 Shanghai has launched new global investment partnership programs, while it is to open 14 new industrial parks and will leverage its “five new cities” development strategy to attract investment and boost innovation, city government officials said at a conference on Wednesday.

Officials and business leaders witnessed the signing of 216 investment projects valued at 490 billion yuan (US$74.9 billion) during the Shanghai Global Investment Promotion Conference, which was held in the city for the first time. 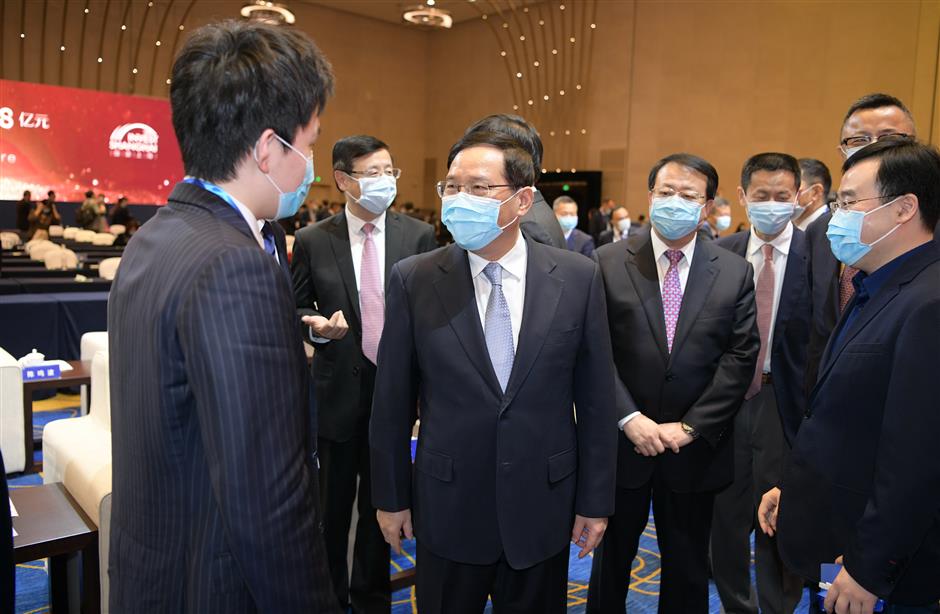 Li Qiang (center), Shanghai's Party secretary, was among the officials who attended the conference.

The first batch of business leaders and industrial associations with global influence have been selected to partner with Shanghai in its plan to become one of the world’s top investment destinations.

Members of the Shanghai Global Investment Partnership Program are expected to lead in connecting top projects, industrial growth blueprints and professionals with the city.

“They will become brand ambassadors of Shanghai in investment attraction, and they will bring here the best investors and the best resources,” Gong said 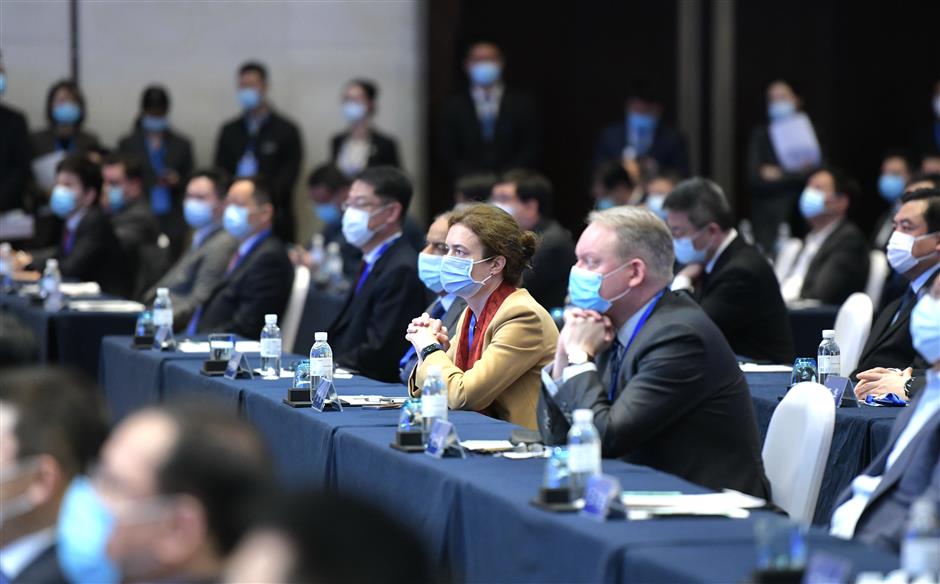 Business leaders listen to a speaker during the conference.

They have already brought investment to Shanghai. For example, Sequoia Capital invested 18.5 billion yuan in the city last year. 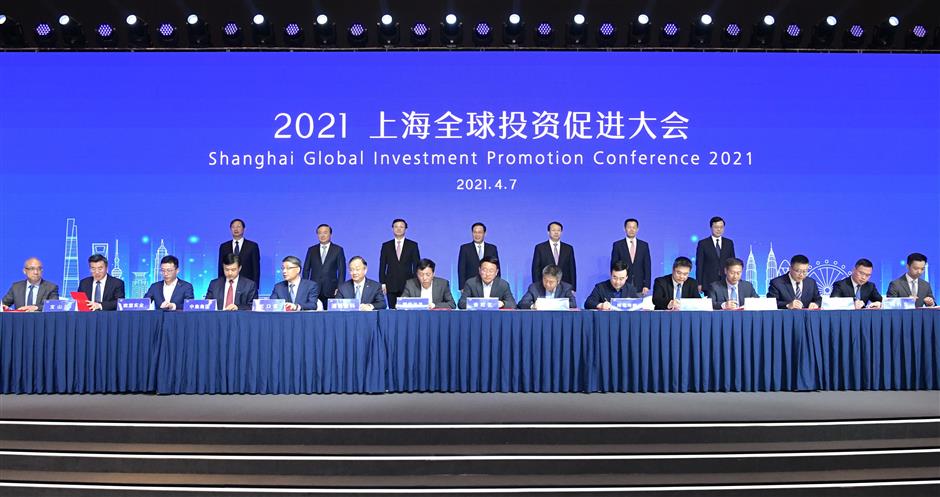 For digital economy development, the city is now home to giants such as Pinduoduo, Red and HelloBike, leading in some vertical Internet spaces such as third-party payment and eSports. With an improved business environment and policy support, it has become the regional headquarters for giants such as Bilibili, Meituan and ByteDance. Huawei and NetEase have invested heavily in Shanghai recently — 7 billion yuan and 5 billion yuan respectively — according to the Shanghai Commission of Economy and Informatization. 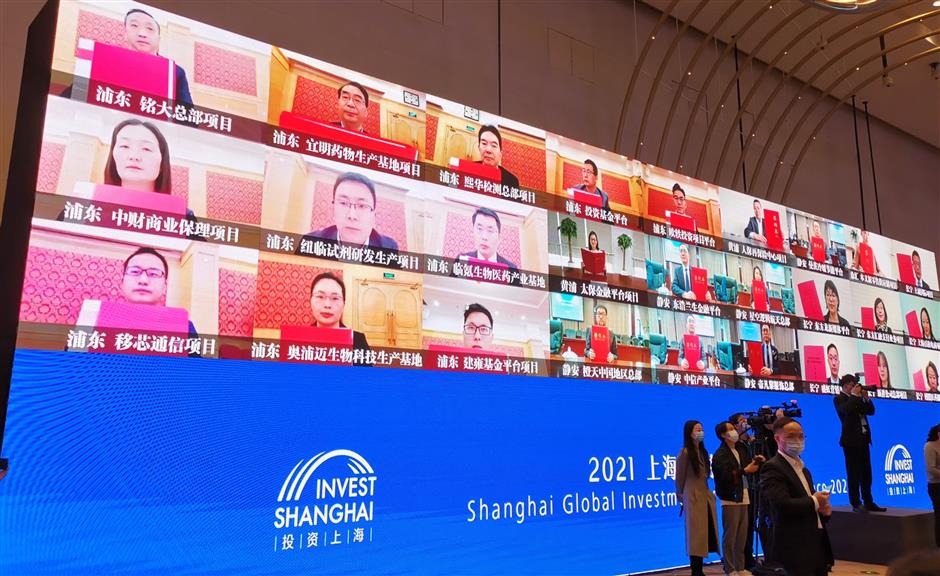 Many people attended the conference online.

Each of the "five new cities" will build its own brand leveraging their unique strengths, officials told the conference.

Qingpu, aiming to become a digital hub in the Yangtze River Delta region, will beef up construction of a number of digital economy-related platforms including the Beidou West Hongqiao Base, Shixi Software Information Park and Huawei Research and Development Center.

Songjiang will focus keen on technological and systematic innovations as it moves toward its goal to become a place where urban life and industrial development are well integrated.

Fengxian, already the Oriental Beauty Valley, will keep building its beauty and health industry clusters that cover the whole chain from research and development, manufacturing, to exhibition and trade.

Nanhui will further sharpen its competitive edge in digitalization and intelligent manufacturing, with high-tech industries being its main focus. 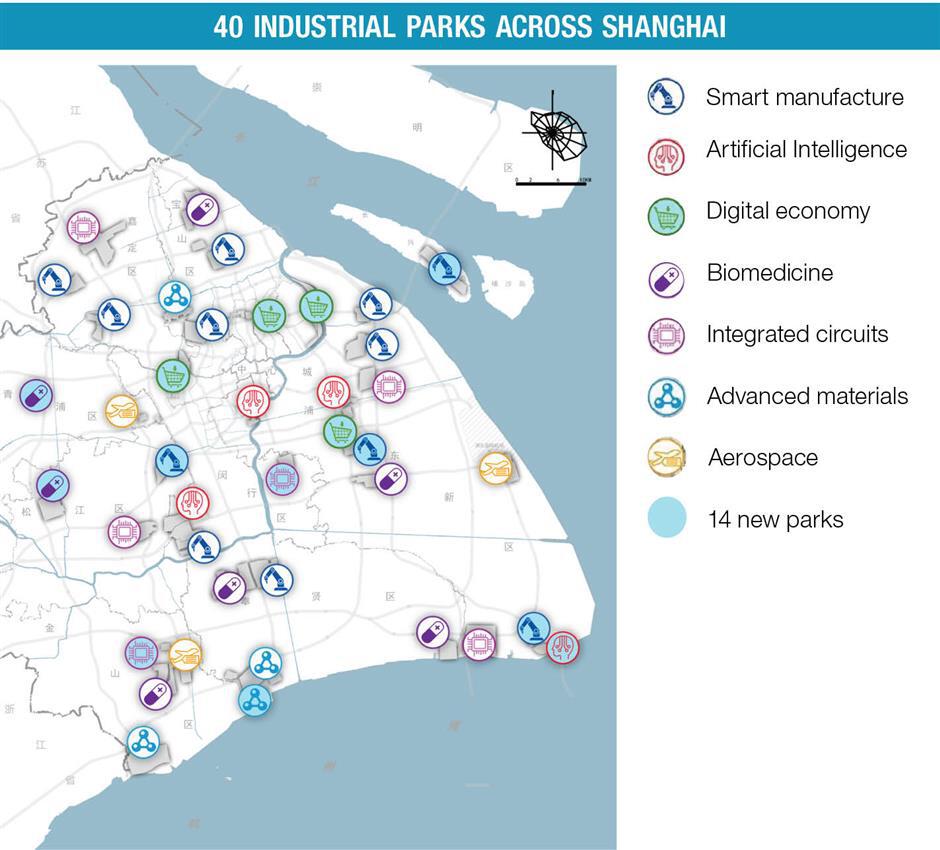