Time-honored brands, or Laozihao, which are known for traditional snacks in Shanghai, are presenting their innovations during  2021 China Brand Day.

The annual China Brand Day event, to be held from May 10 to 12 this year, will offer a stage for local brands to showcase their latest products and brand culture.

They will be star products presented at the Exposition on China Indigenous Brand, which will start on Monday at the Shanghai Exhibition Center as an integral part of China Brand Day event.

Traditional dim sum companies have been keen to explore new ways of development. The key is innovation to lure more young consumers, while retaining the traditional products and culture as the solid foundation for their century-old names. 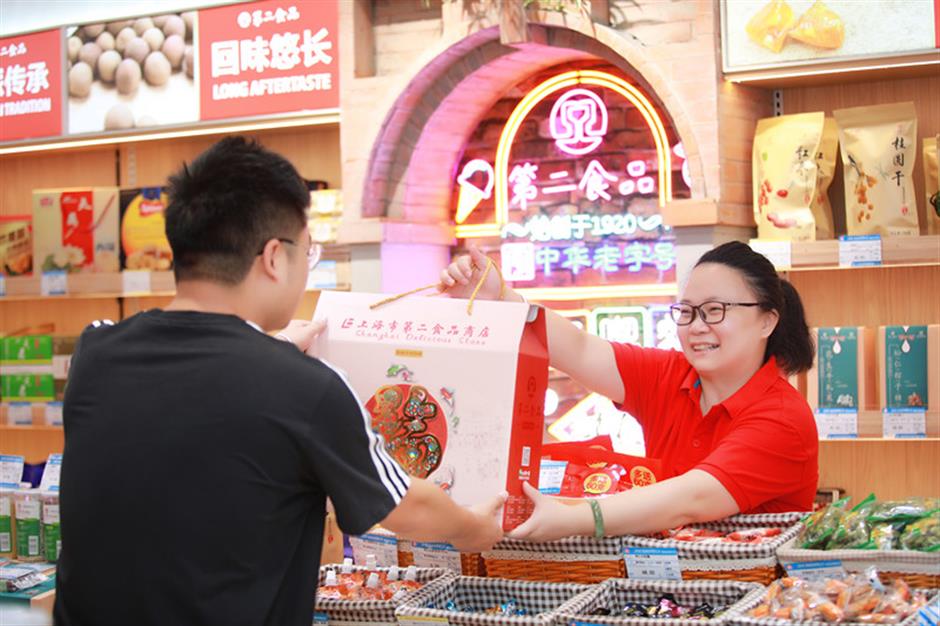 Shanghai No.2 Food Store, which celebrated its centenary last year, has 11 physical stores in the city, and also online stores on major platforms including JD.com, WeChat Store, Ele.me, Meituan, Pinduoduo and BL.com. 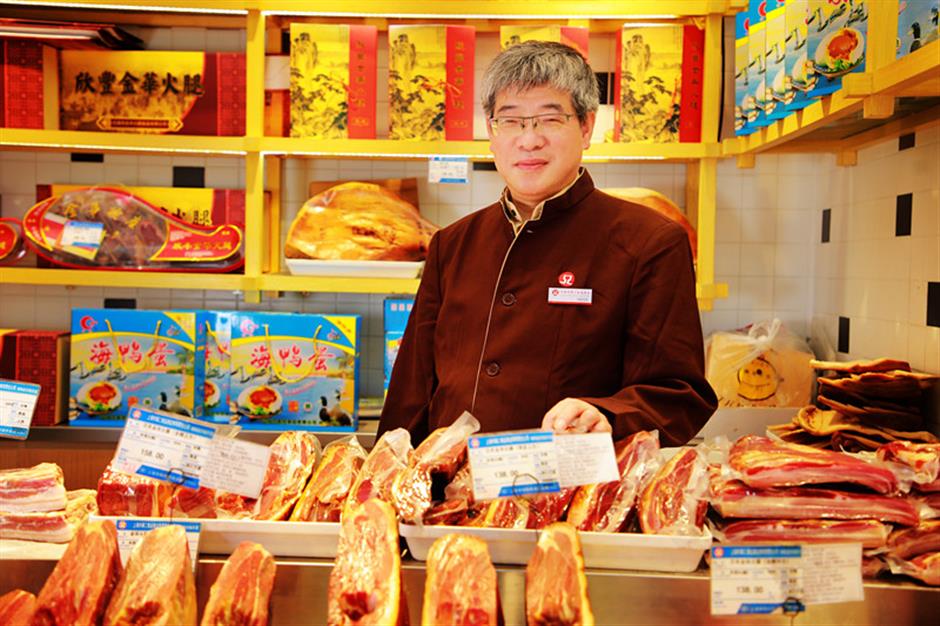 Yaosheng, an innovative brand under the Shanghai No.2 Food Store, named after the city's "ham king" Li Yaosheng, selling ham and other meat.

It plans to open more physical stores to further develop its supply chain, and enhance information system management, according to Zhou Xuesong, general manager of the company.

"We have set the goal to achieve annual sales of over 300 million yuan (US$46.6 million) and a yearly operating profit exceeding 10 million yuan by 2023, with the market value of our brand topping 50 million yuan," Zhou said. 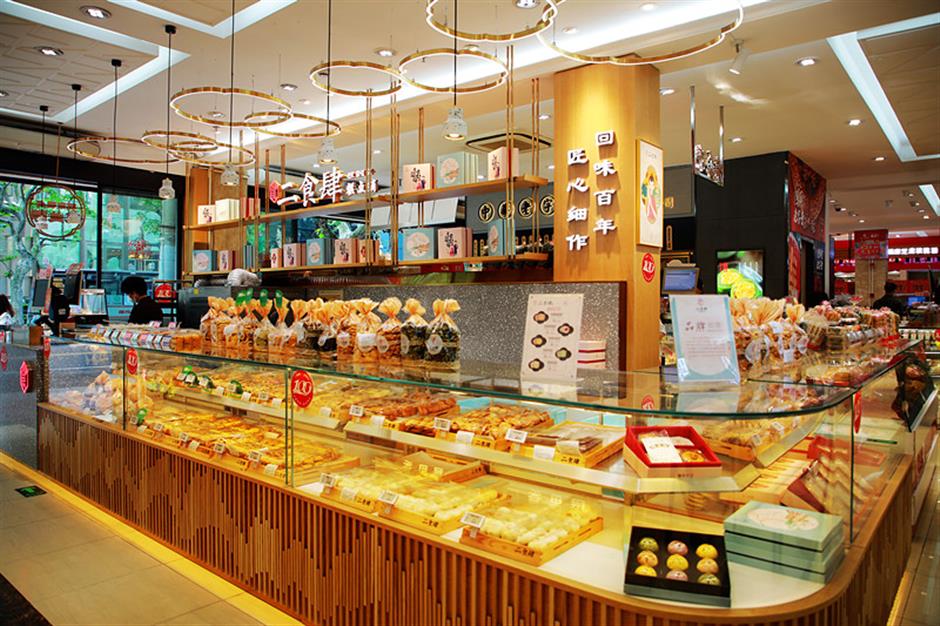 Er Shi Si, a trademark under Shanghai No.2 Food Store, selling both local and Western pastries.

Qiaojiashan Bakery, which is a familiar name to most Shanghai residents, recently brought out a new brand, Qiao Coffee, which serves traditional baked food with delicate appearances and flavor as well as coffee and soft drinks. It is a harmonious blend of traditional and modern features.

It has opened four  Qiao Coffee stores in the city. The West Bund is the most popular, once selling 600 cups of coffee in a day and achieving the highest daily revenue of 28,000 yuan.

Some of the treats have been modified to cater to the young, said Shen Yan, deputy general manager of Shanghai Qiaojiazha Food and Drink Food Development Co.

The specialty of Qiao Coffee, a set menu which includes nine different kinds of traditional dim sum and two cups of coffee.

Dingshenggao, or winning cake, dating back to the Southern Song Dynasty (AD 420-479), has been made in a matcha flavor to complement the taste of  coffee. The pastries have also been made smaller sizes with lighter tastes.

The menu varies with the seasons to maintain freshness.