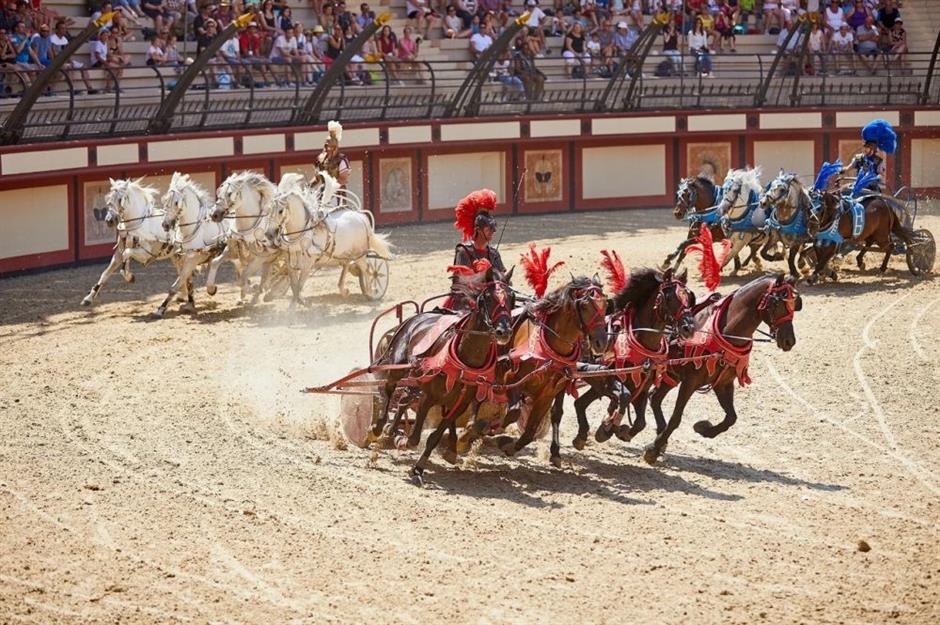 A historical show in Puy du Fou in France.

Puy du Fou, the second most popular theme park in France after Disneyland Paris and famous for its historical shows, will present a show in downtown Shanghai, according to Zhao Chongyi, vice chairwoman of Puy du Fou Asia Limited.

In Puy du Fou of France, visitors can enjoy more than 20 "historical dramas" adapted from real events or legends in different periods such as ancient Rome, the Middle Ages, and the Renaissance.

"The show presented in China will tell historical stories of the Chinese nation, but all of the scenarios will be written by Puy du Fou's staff. We will not follow the Chinese-style of story-telling ... but tell in our manner," said Zhao.

Besides the project of Puy du Fou, there were altogether 60 foreign-invested projects worth US$5.85 billion signed in Shanghai on Wednesday.