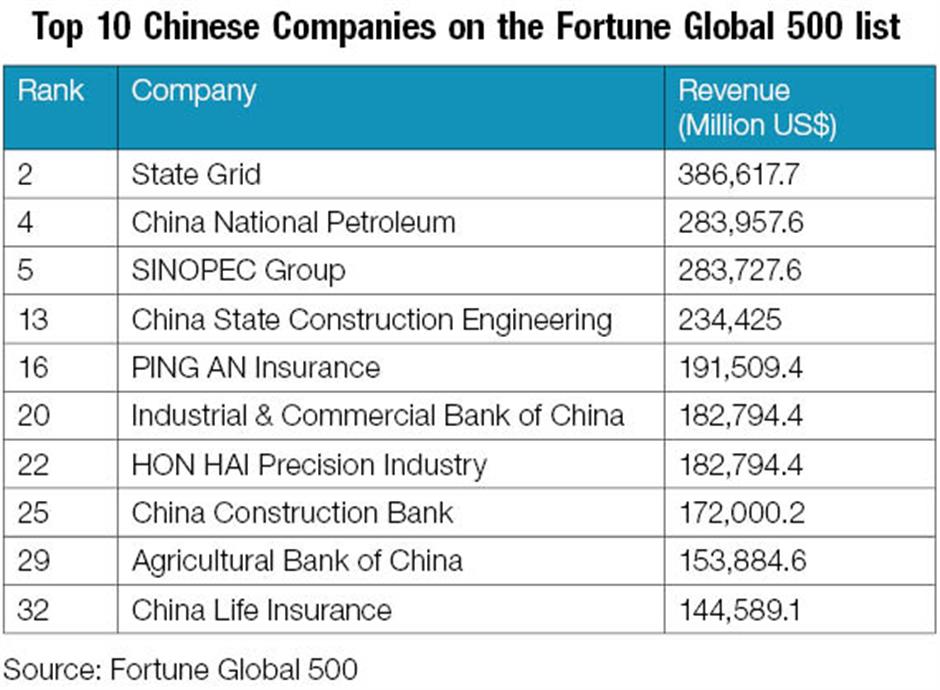 Chinese companies continued to take lead in the Fortune Global 500 list with 143 firms, including those based on the Chinese mainland, Hong Kong and Taiwan, overtaking the US last year to dominate the list.

A total of 18 Chinese companies are among a group of 45 newcomers to the new annual list.

Chinese companies also managed to effectively tackle the headwinds of the COVID-19 pandemic as their revenue and profitability remained largely stable.

With average sales revenue of US$66.1 billion and profit of US$3.5 billion, the companies are beating the global averages of US$63.4 billion and US$3.3 billion respectively.

US-headquartered Walmart topped the list again, and three Chinese companies made the top 10, namely the State Grid, China National Petroleum and Sinopec Group. All six airlines that appeared in last year's rankings dropped out as victims of COVID-19 travel restrictions.

The combined revenue of the top 500 companies dropped 4.8 percent from a year ago to US$31.7 trillion after reaching a record high of US$33.3 trillion in the previous year, the first decline in half a decade. Combined profit slid 20 percent to US$1.6 trillion.

Seven Internet companies, including China's JD Group, Alibaba and Tencent, made the ranking.

The ranking attributed the rise of Chinese businesses on the list to the country's swift pandemic control measures and efforts to boost trade.

Wang Zhile, director at Beijing New Century Academy on Transnational Corporations and a contributor to the Fortune publications, pointed out China was still in lack of cutting-edge competitiveness, especially in terms of information and communications technology (ICT).

A total of 19 ICT companies made to the list while only nine Chinese companies are included.

Lacking of innovative products, core software and compartments in particular, is the crucial factor.

Altogether 10 Chinese banks on the list contributed 41 percent of the total profit of Chinese players, and Chinese non-financial companies' average profit is only half of US non-financial players' US$4.7 billion.

"China needs to build up a batch of smaller players in niche segments instead of just going after the business size, and they also need to further enhance soft power, especially in the corporate compliance area," Wang noted. 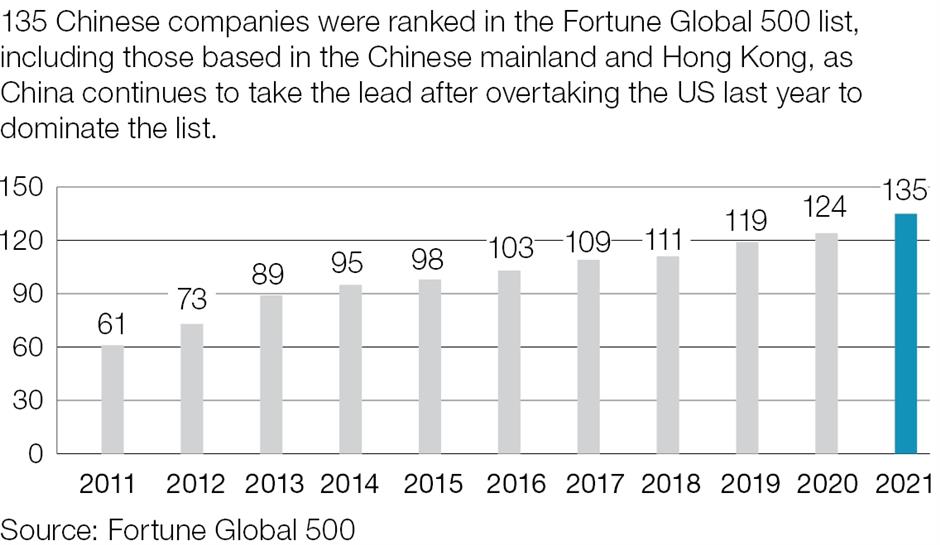