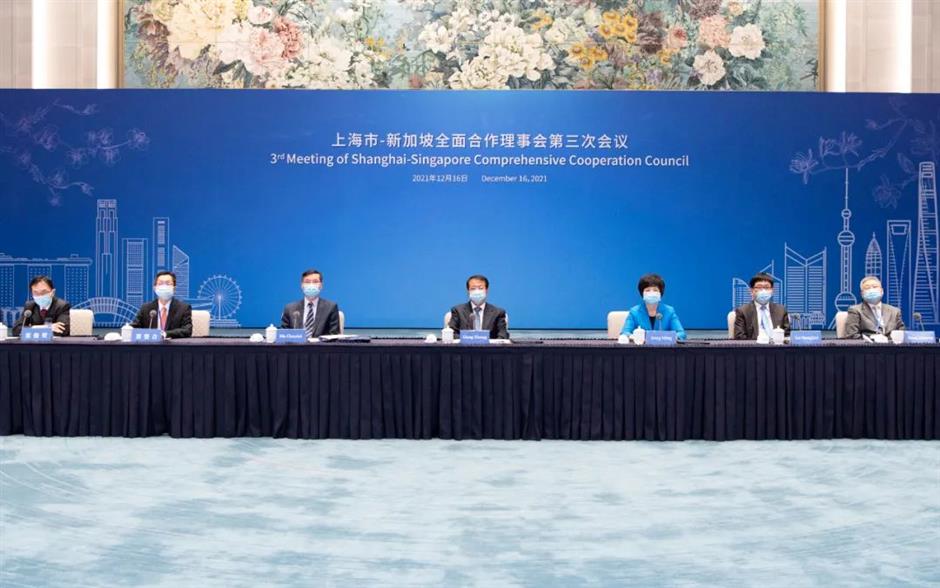 Seven memoranda of understanding were inked at the 3rd Shanghai-Singapore Comprehensive Cooperation Council meeting between authorities from the fields of technology innovation, finance, trade and commercial and cultural exchange.

The meeting was held virtually. Vice Co-Chairmen, Shanghai Vice Mayor Zong Ming, and Low Yen Ling, Minister of State for Trade and Industry & Culture, Community and Youth of Singapore, were present at the meeting.

Shanghai Mayor Gong Zheng said the city's collaboration with the island state has led to fruitful results despite the challenges brought about by the pandemic. 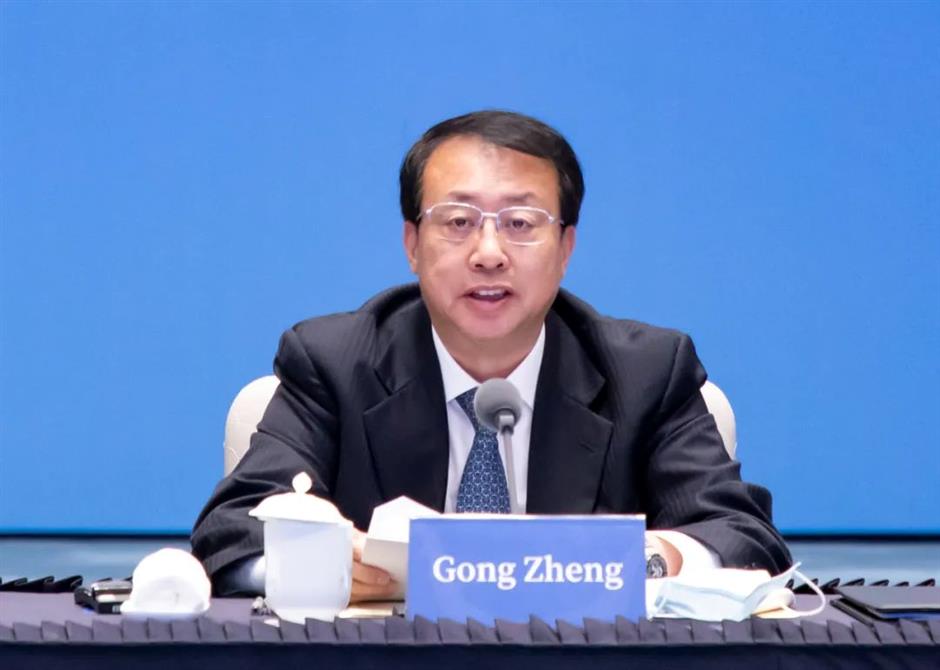 "We look forward to furthering cooperation in the field of sustainable development and enhancing the level of exchange and collaboration and ushering in a new chapter in all-round partnership," he said.

Leaders from both sides reaffirmed strong relations between the two cities and agreed to drive stronger trade and investment ties, especially in the greater Yangtze River Delta region.

Raffles Medical Group wants to expand its service and presence in the city after Raffles Hospital Shanghai officially started operation in July this year.

"Shanghai's healthcare authorities have been very supportive of the early stage design and planning of the hospital," he said.

Looking beyond, he said the hospital hopes to strengthen general practitioner and emergency services as well as other specialty departments to suit the medical demand for residents and expatriates.

It would also step up a partnership with public tertiary hospitals in terms of patient referral and collaboration in the field of scientific and medical research.

Zhou Wei, founder and CEO of global entrepreneurship and innovation platform XNode, said the number of Singapore-based small and medium-tech companies participating in the roadshow and connecting with potential partners in the country next year is expected to triple to 60 from this year.

Since the inception of the Shanghai-Singapore Comprehensive Cooperation in 2019, nearly 10 Singapore-based tech companies have successfully reached collaboration deals and established business partnerships with local players.

One of the incubation platform's priorities next year will be helping domestic companies to extend their footprint in the Southeast Asian market by leveraging Singapore as a crucial regional hub.

Virtual meetings and digital infrastructure have contributed a lot for cross-border communication and collaboration, Zhou added. He also expects more potential for partnership within the smart city segment.