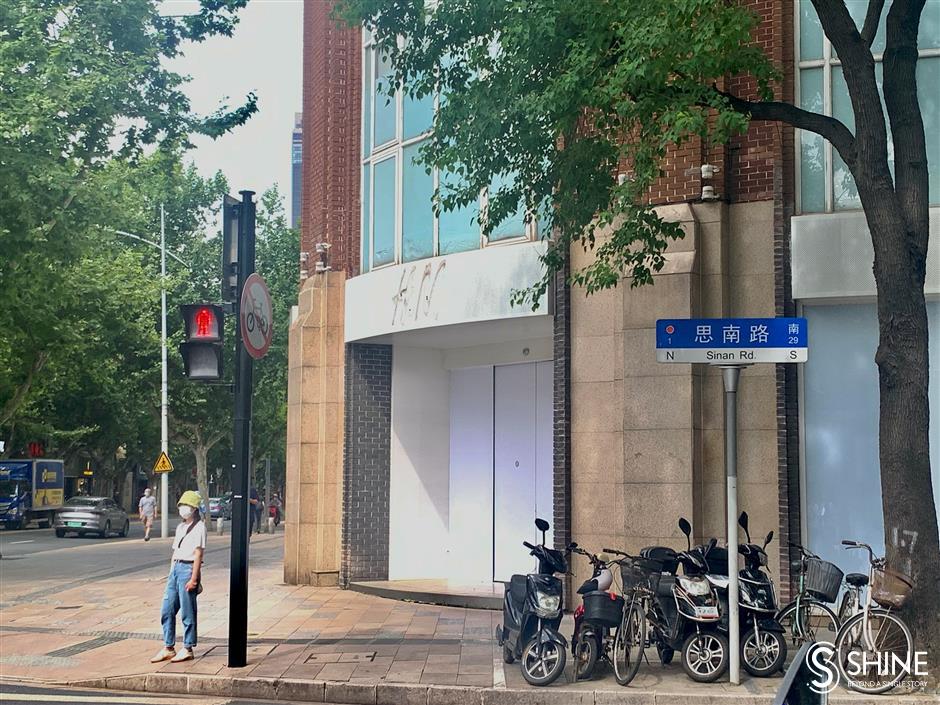 The number of Chinese mainland H&M stores has been declining since last year's boycott by Chinese shoppers due to the clothing giant' s refusal to source from China's Xinjiang Uyghur Autonomous Region.

Its online stores were also shut after shoppers voiced their anger at its refusal to buy cotton from Xinjiang, citing concerns over allegations of forced labor.

The H&M Group also pulled down the online operation of another brand, Monki, on April 1 while other labels like COS, &Other Stories, and ARKET are still available online and offline.

H&M now has over 360 stores in China after it cut the number of physical outlets to 445 by November last year, compared with 505 a year earlier.

The H&M sign has already been removed from the three-story building on Huaihai Road and all its walls temporarily sealed.

Chinese mainland sales dropped 25 percent to 7.3 billion Swedish krona (US$730 million) from 9.7 billion SEK by the end of fiscal 2021, November 31, according to its latest financial filing.

Last year, Shanghai was still the most sought after city for local and multinational brands to launch their first stores and downtown districts like Huangpu, Jing'an and Xuhui were especially popular.

China Merchants Securities' consumer sector analyst Liu Li expects spending on non-essential items like clothing and jewelry, among the worst hit by the lockdown, to see a strong rebound after most restrictions gradually ease.

H&M Group has been diversifying its brand portfolio in recent years with new openings like &Other Stories and ARKET.

&Other Stories opened its second China store in Beijing this March following its debut in Shanghai's IAPM Mall last year.