Despite the impact of the COVID-19 pandemic, foreign-funded industrial companies in Shanghai are targeting further growth while going all out to win more orders with the backing of local government, executives said.

"At present, all our production lines have been fully opened and all the backlog orders have been delivered," said Zhang Yejiong, president of Sika China at a recent media conference.

Sika is a Swiss specialty chemicals company with a leading position in the development and production of systems and products for bonding, sealing, damping, reinforcing and protecting in the building sector and motor vehicle industry.

It also houses the Group's only production site for roof membranes products in China. 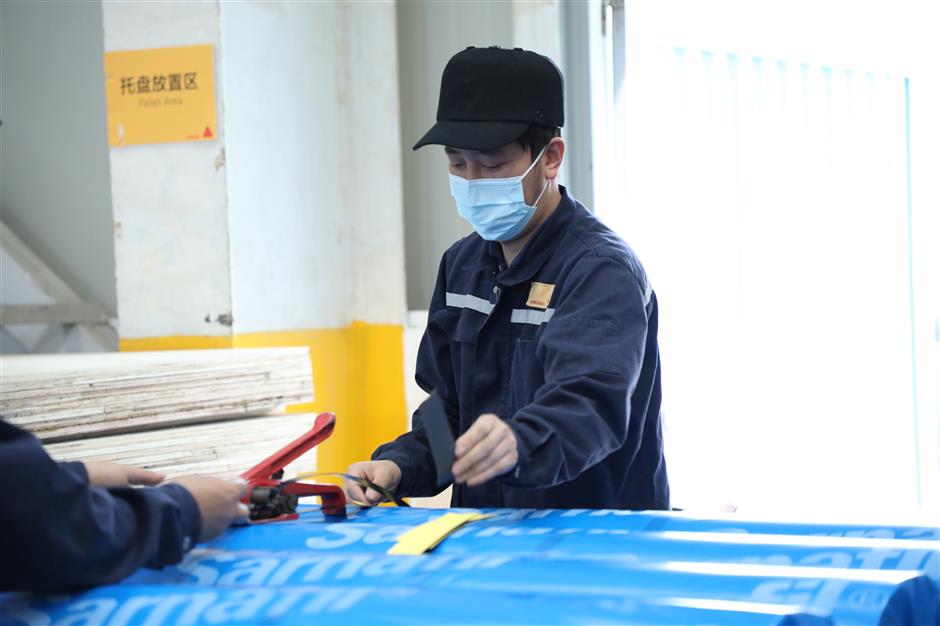 Workers at a Shanghai production site of Sika China

Faced with the challenges brought by the COVID-19 resurgence, Sika China had to halt operations in late March. It resumed work at the end of April with the help of district authorities.

"As a foreign company that has rooted itself in the industrial park for more than 10 years, Sika firmly believes that China, including Shanghai, is still and will continue to be one of the most dynamic and potential markets in the world," Zhang noted.

This year, Sika will increase investment in its Asia-Pacific research and development (R&D) center in Suzhou and set up a new factory for automobile and industrial adhesives in the city.

It is also developing plans to open new factories in Shanghai and other areas of China over the next one to two years, according to the firm. 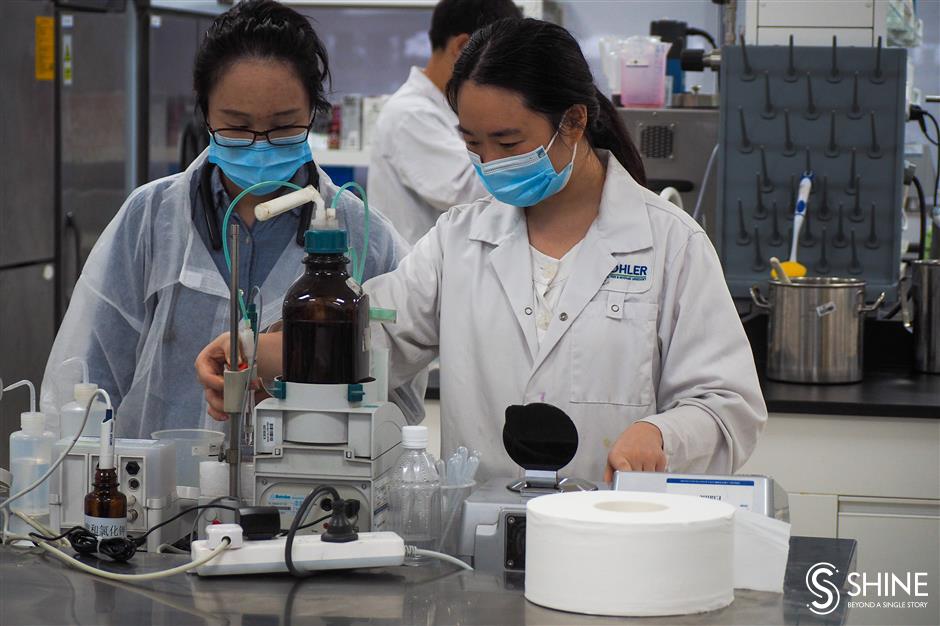 For Döhler Food and Beverage Ingredients (Shanghai) Co, the pandemic has taught it the importance of being prepared before surprise in any form comes, said Roman Kupper, APAC president of Döhler Group and CEO of the Shanghai-based company.

Döhler is Germany producer, marketer and provider of natural ingredients and ingredient solutions for the food and beverage industry.

Recalling the city's fight against the virus, Kupper said they were very grateful for the pre-alert from XinZhuang Industry Park hours before the lockdown.

Due to that alert and its preparedness, the firm was able to bring in two full production shifts and a small core R&D team on site.

"This allowed us to operate on-site almost seamless and we basically were OK for four weeks of operations on that mode," said Kupper.

With the support of the park, Döhler received special transportation passes which allowed it to continue supply its customers across China during the lockdown. 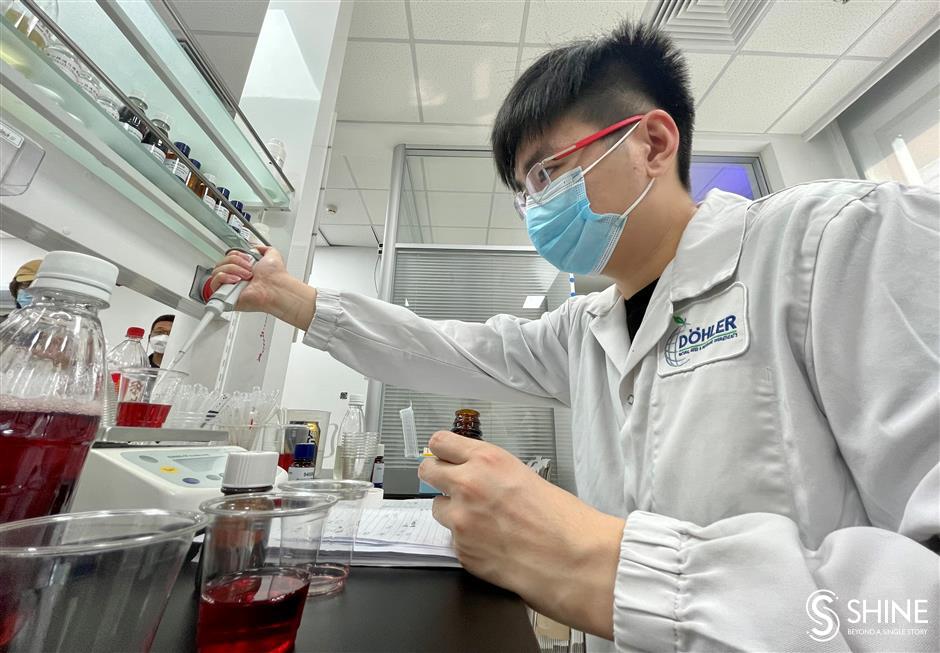 In June, the company saw its production capability jump 22 percent compared with the same period of last year, well above its target.

While it lost in March-May period 50 percent of its previous year sales mainly due to soft business of its customers, Döhler remains upbeat about the Chinese market.

With a very flexible and friendly business environment, Shanghai also boasts a large number of professionals for food and beverage industry, the company said.

Döhler China said it was active in further promoting the establishment of regional headquarters here while planning to increase its staff by 25 percent this year and it hoped to nearly double the R&D and business office space next year.

As an expat who has lived in the city for around a decade, Kupper told Shanghai Daily that he is happy to see Shanghai's transition from traditional industry-based business to more smarter and greener industries.

"We have got excellent support from the local government, especially the industrial park where we are located," he said. 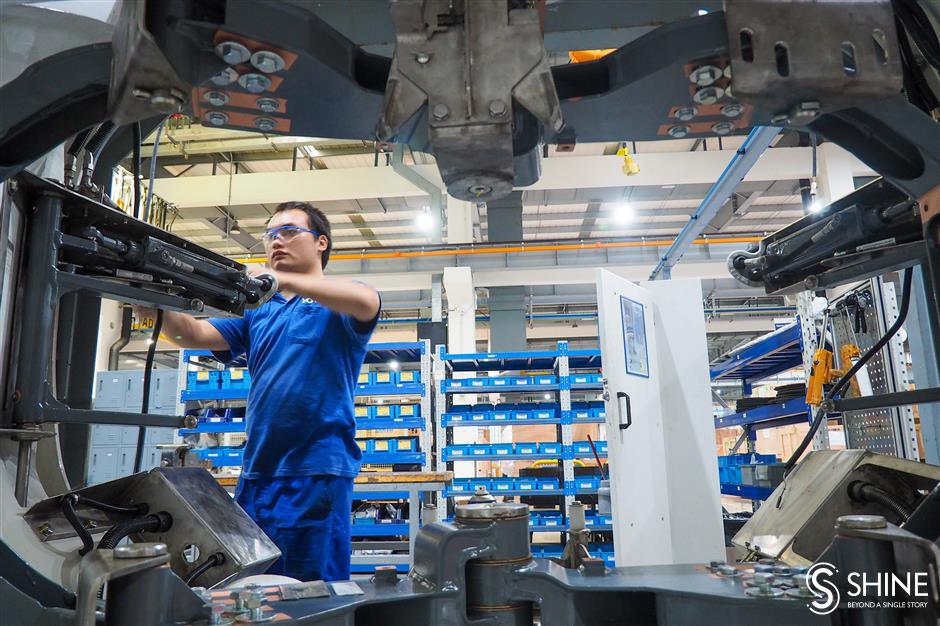 The two-month standstill, however, has taken a toll on some manufacturers, which are seeking to find the silver lining in the cloud.

Martin Wawra, executive vice president & CEO Division Mobility at Voith Turbo admitted that the company had a setback in the second quarter.

"Our markets were dropping, especially the commercial vehicles side" because the logistic supply chains were unstable, he said.

Voith Turbo Power Transmission (Shanghai) Co, a Group Division of Voith GmbH, is a specialist for intelligent drive solutions. Its customers are spread among diverse industries such as oil and gas, mining, ship technology as well as rail and commercial vehicles. 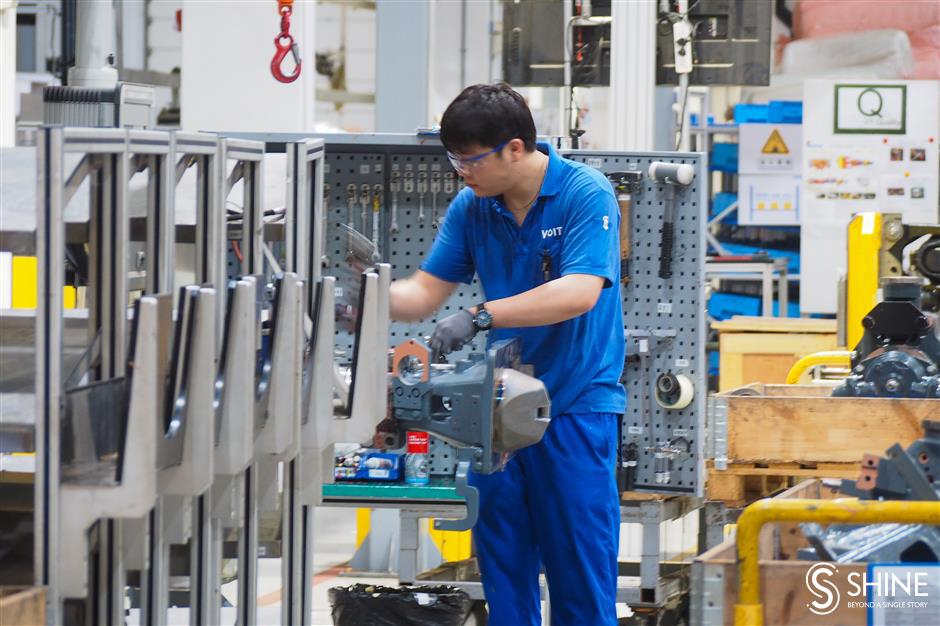 As a lot of logistic companies didn't have enough orders to transport goods, the firm said its productivity has not recovered to the pre-pandemic level yet.

"Nevertheless, we hope for signs that the market will recover by the next two to three months, and that at least next year we can come back to one million sales volume of Retarder in the truck market all over China," Wawra noted.

In the near future, Voith Turbo intends to complete a new electric drive system and set up more supply chain systems in a different manner, "China for China" and "Europe for Europe". 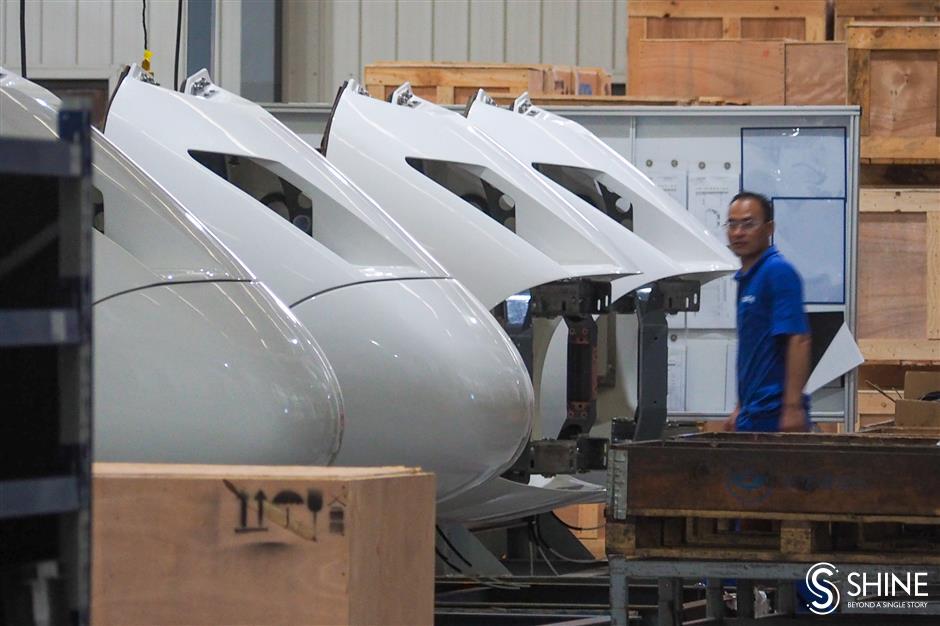 The company said it has kept good contacts with the local authorities who really understand the situation, and try to think about how to support it.

Relief measures like tax refunds and subsidies have been taken to help firms to rise to various challenges, officials from Minhang District said.

Among these firms, around three quarters are foreign-funded companies.

In the first half of the year, 11 new foreign enterprises were attracted to invest in the park, with paid-in foreign capital of US$44 million and another three global firms located their headquarters and R&D centers in the park, according to the official.