Consumption in Shanghai grew significantly over the seven-day National Day holiday, with a recovery in offline shopping.

The city's total online spending between September 30 and October 6 approximated 25.48 billion yuan (US$3.58 billion), an increase of 2.9 percent year on year, according to data from the Shanghai Consumer Market Big Data Laboratory.

Offline spending during the period was 40.77 billion yuan, recovering to about 80 percent of the same period last year – before the COVID-19 resurgence in Shanghai. 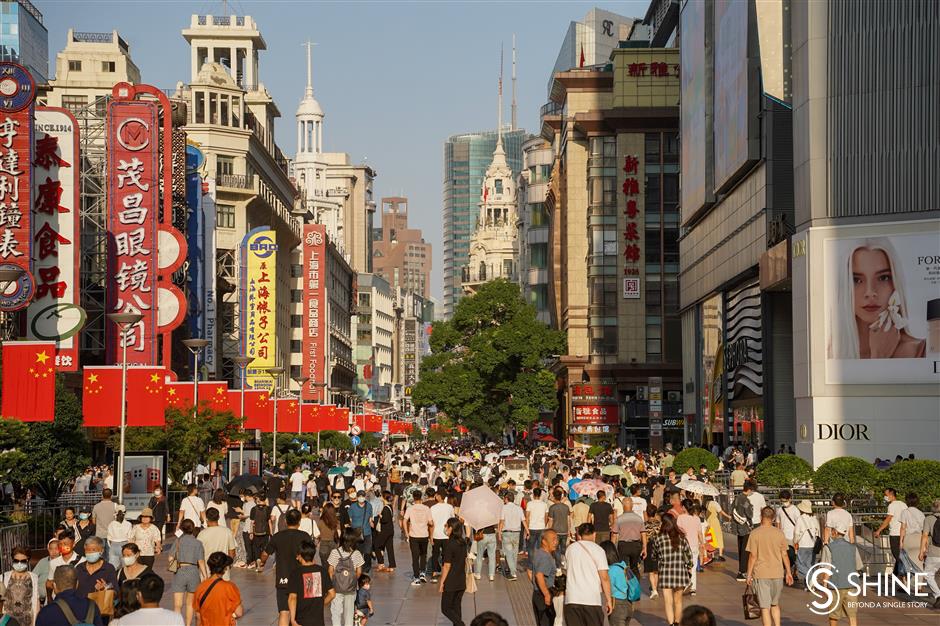 A busy Nanjing Road during the National Day holiday

It was highlighted that over 135 million yuan of e-vouchers, which were distributed by the city several days before the holiday, were used during the seven-day period, with a leverage ratio of 4 times.

Also of note, Shanghai launched policies on subsidies for green and smart home appliances for the first time just before the holidays, largely boosting both passenger flows and sales at home appliance and home improvement stores.

Between October 1 and October 6, 35 home appliance retailers in Shanghai which participated in the implementation of the policy, such as Suning.com, Gome, JD.com, Bailian, and Carrefour, sold 143 million yuan of green and smart home appliances in total, with 16,900 transactions and subsidies worth 12.735 million yuan.