Hangzhou switches on to digital economy

In an effort to upgrade its industrial structure, the Hangzhou government is to accelerate development of the digital economy, switching from traditional trade markets to global online retailing and the self-owned brand market.

At the 4th Cross-Border E-commerce Summit at the Baima Lake Expo Center last week, the city government announced the creation of a “Silk Road” in cyberspace and expanding digital business via invisible Internet routes to realize that upgrading plan.

Since President Xi Jinping proposed the Silk Road Economic Belt and the 21st Century Maritime Silk Road initiatives in 2013, China and countries along the ancient routes have launched a series of cooperative e-commerce projects.

Smart Africa, an organization sharing technology and expertise established under the initiative of African countries, is seeking investment from Hangzhou. 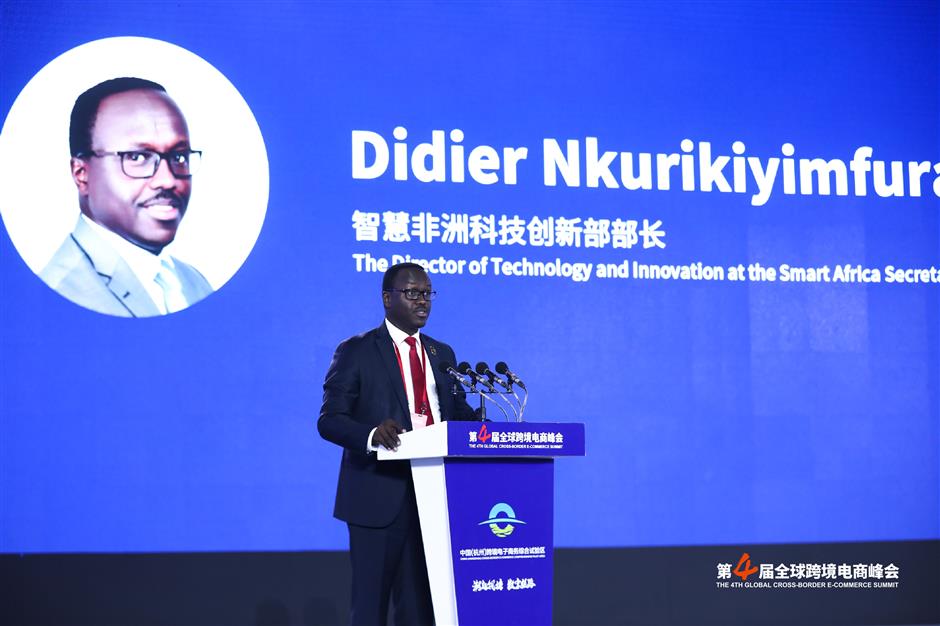 “The digital economy is upgrading the industrial structure in Africa. Alibaba Group has already reached cooperation with Rwanda,” said Didier Nkurikiyimfura, department director of Smart Africa. “I invite more Hangzhou companies to invest there and cooperate with Belt and Road countries, solving economic problems for Africa.”

In addition, eWTP is also trying to promote best practices of Hangzhou’s cross-border e-commerce industry to other parts of the world, especially in Belt and Road countries, in the hope of re-connecting the ancient Silk Road with electronic businesses.

In the future, Shopee will set up an operational center and a logistics center in Xiaoshan District.

Both sides are looking forward to cementing cooperation in regional infrastructure, talent development and industrial clusters.

The partnership will serve as a gateway for Hangzhou enterprises to tap into the Southeast Asian market, as well as countries involved in the Belt and Road Initiative, aiming to promoting Hangzhou brands overseas.

In recent years, the focus of the cross-border e-commerce industry has switched from policy innovations and infrastructure development to building own brands for small and medium sized companies.

During the summit, industry insiders and corporate big hitters from home and abroad weighed in on this topic.

“In a further move to bolster business, companies should build their own brand. That is the key to future development,” said eBay manager Lin Wenkui. “We have invested a lot of money and resources to help sellers on eBay promote local brands and export products overseas.” 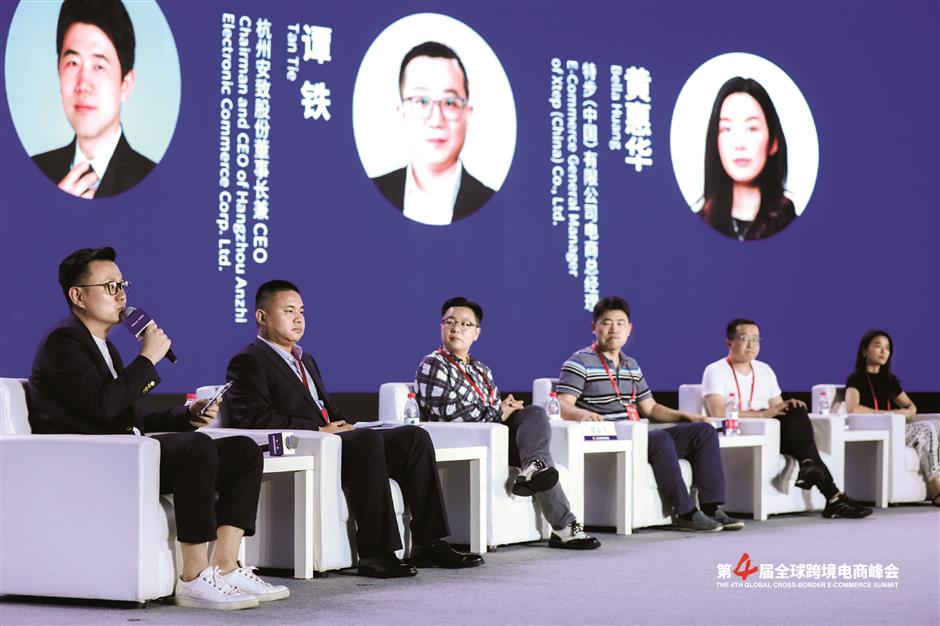 During the summit, industry insiders and corporate big hitters from home and abroad weighed in on the topic of building own brands for SMEs.

The summit also set up a sub-venue that gathered 4,000 domestic sellers and 150 factories on Amazon. The e-commerce business offers a one-stop service and guidance to those in need of help with products listing and online promotion, to warehouse storage and shipping solutions, which previously would have been unaffordable for small and medium sized enterprises.

Hangzhou is the hub of China’s e-commerce industry with a batch of noteworthy companies, including giants Alibaba, NetEase and the Ant Financial Service Group that runs widespread third-party online payment platform Alipay.

China’s first cross-border e-commerce industrial park opened in the city in 2013. Two years later, the city was given the green light by the State Council to establish the China (Hangzhou) Cross-Border E-commerce Pilot Zone.

Today, the city’s cross-border e-commerce business is booming like never before. According to pilot zone statistics, Hangzhou–based online stores jumped from 9,902 in 2016 to 14,346 in 2018.

From January to April, Hangzhou’s cross-border e-commerce exports skyrocketed to US$2.69 billion, surging 26.28 percent from a year earlier, accounting for 19.13 percent of Hangzhou’s foreign trade exports.

Industry insiders consider the success to have been largely attributed to Hangzhou’s policies that encourage innovation and streamlined services that cut red tape from government departments.

In 2022, the city will have at least 30 global e-commerce sites each with an annual turnover exceeding 10 billion yuan (US$1.49 billion) and with more than 3 million small and medium sized enterprises serving the global market. By then, the digital economy industry is projected to account for over 30 percent of the city’s total import and export trade volume.