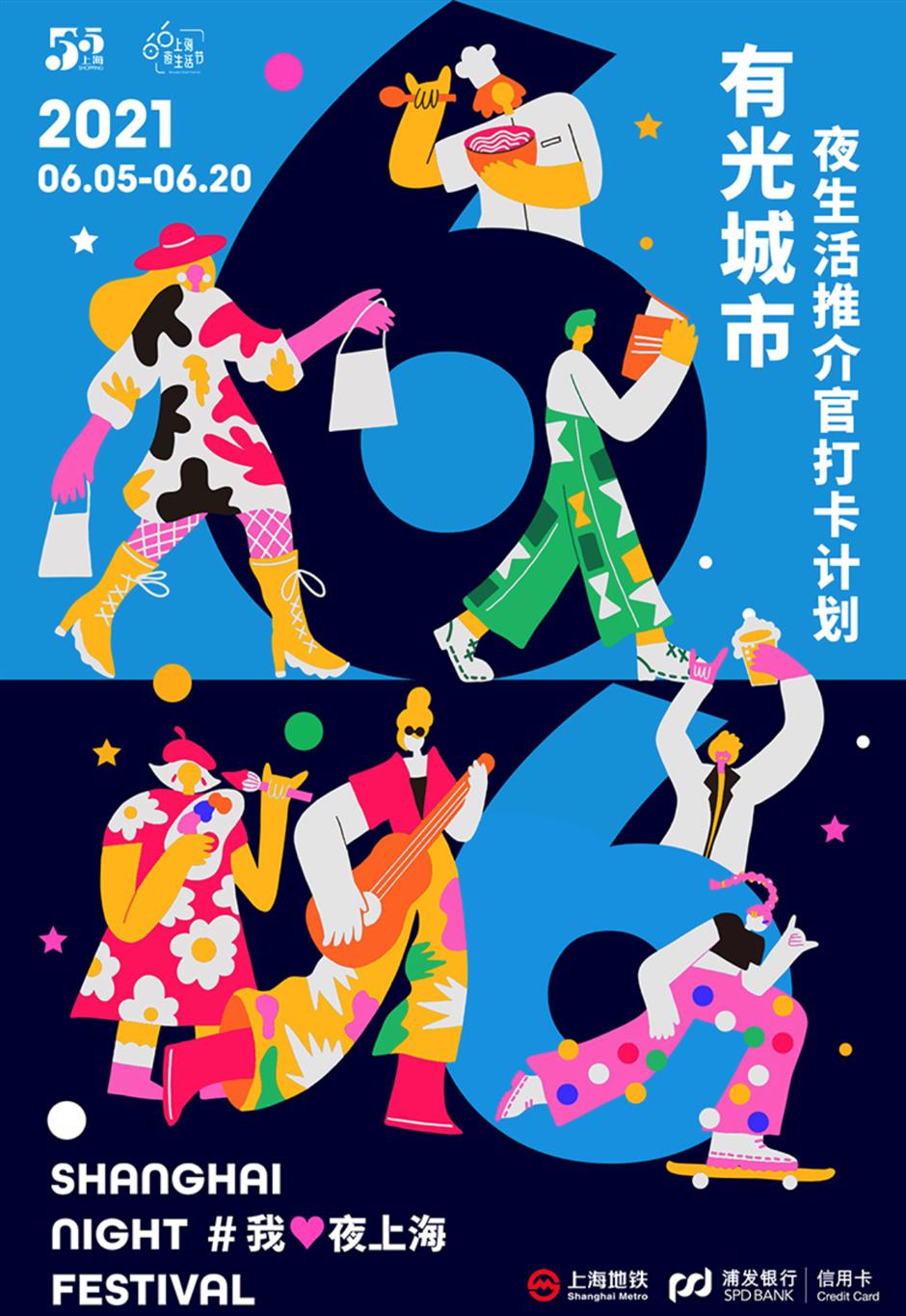 A night fair to be held this month will feature over 200 activities to foster the city's nighttime economy.

The fair will be held from June 5 to June 20 as part of the Double Five Shopping Festival, with events focusing on shopping, catering, entertainment, reading and sports.

The city's sports bureau is to inaugurate a "sports-night" event; nearly 30 commercial blocks will organize weekend shows by street artists; and 30 brick-and-mortar bookstores, including the Shanghai Foreign languages Bookstore, will launch a "night bookstore festival."

Other highlights will be "night at the museum" activities at 29 museums, while another 30-plus museums will feature at a night bazaar at Sinan Mansions.

By the end of May, the Double Five Shopping Festival had organized over 320 key events and more than 1,400 special activities.

The city's online retail sales exceeded 120 billion yuan (US$18.83 billion) in May, up 11.3 percent year on year, according to Shanghai's consumer market big data lab. Express delivery volume topped 300 million units, a surge of 20 percent from a year earlier.

Offline spending also continued to pick up, rising 10.2 percent to over 250 billion yuan.

Of that, the city's 205 major monitored commercial enterprises realized revenue of 35.16 billion yuan in total, up 15.9 percent year on year.